The collectivist roots of public education

Today’s radicalism in the schools goes back many decades

Public education has always been about indoctrination

This is what America's schools see as their mission. From the San Gabriel, CA, Unified School District web page.

An earlier version of this article appeared in FrontPageMag.

NOTE: Almost all of us have heard of Horace Mann and John Dewey as pioneers in public education in America, which began in Massachusetts in 1830. But as Paul Harvey used to say, most people don’t know the rest of the story.

When America was founded there were no public schools. Public schools were created not to educate, but to indoctrinate. From Marx to Dewey to the current leadership of the Democrat Party and the National Education Association and American Federation of Teachers, revolutionaries have always targeted youth and seen schools as the spearhead of the revolution.

When he was governor of Virginia in 2015, Terry McAuliffe (who was deservedly defeated in this election) was pushing Critical Race Theory (CRT) in the schools, something he claimed did not exist in his 2021 campaign for governor.

When McAuliffe said, “I don’t think parents should be telling schools what to teach,” he was articulating the first principle of public education going back to its beginnings in the early 19th century: “Give us your money. Give us your kids. Then close your eyes. Shut your mouth. And let us do our job of transforming society.” 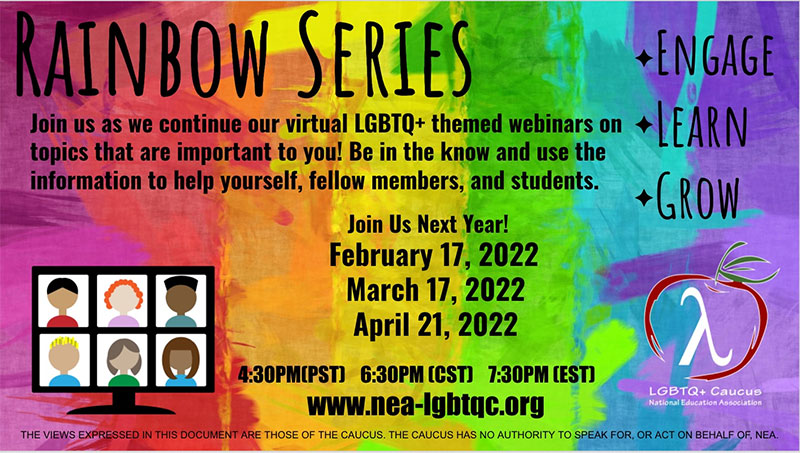 The National Education Association (NEA) makes sure that America's teachers have all the "tools" to indoctrinate children in the LGBT agenda.

But these are just the latest mutations. Sex education, which started in the 1940s, quickly devolved into sexuality education – where students learned a variety of perversions in the name of disease prevention and birth control.

For at least twenty years many schoolchildren have been taught more about Malcolm X than George Washington or Thomas Jefferson.

Overt anti-Americanism in the schools may be relatively new, but it has a long pedigree.

When virtual "distance learning" took over during COVID, parents began to see what was actually being taught to their children.

The Marxist concept of universal education

The seeds of today’s horror show were planted at the outset. The basis of today’s educational radicalism comes from early Marxist ideology.

In “The Communist Manifesto” (published 1848), Karl Marx decreed, “The education of all children from the moment that they can get along without their mother’s care, shall be in state institutions at state expense.” When the workers’ revolt failed to materialize in capitalist countries, state education became the engine of revolution.

Writing in the 1920s, Italian Marxist Antonio Gramsci said, “Socialism will triumph by first capturing the culture via infiltration of schools, universities, churches, and media (and then) by transforming the consciousness of society.” Hence the long march through the institutions.

And so, socialist ideology has captured the schools. In his book, “American Marxism” (published in July), Mark R. Levin writes: “It is academia and its rule over the education of generations of students that serves as the most potent force for Marxist indoctrination and advocacy, and the most powerful impetus for its acceptance and spread.”

Mann and Dewey: The radical foundations of American public education

While Europeans Marx and Gramsci preached the importance of education to the coming revolution, Horace Mann and John Dewey laid the foundation for public education in America.

Generally acknowledged to be the father of state schools, Mann was a utopian and an admirer of the collectivist communities (early attempts of socialism) established by industrialist Robert Owen (the George Soros of his age) in the Northeast and Indiana.

In the 1830s, Mann pioneered the first public school system in America in Massachusetts, by setting up the first State Board of Education and becoming its first secretary. Mann later went to Prussia (then the cradle of statism) to learn how government schools could mold impressionable minds.

Horace Mann (left) and John Dewey were monumental in shaping - and radicalizing - the public education system.

John Dewey (the father of so-called Progressive education) carried Mann’s work into the 20th century. As Mann had looked to Prussia for inspiration, Dewey made his pilgrimage to the USSR. As Levin documents: “Dewey was an early fan of the Soviet Union and its ‘educational system’ – or, more precisely, its massive propaganda effort where obedience and conformity were contorted into a new unity.”

Dewey was a signer of the 1933 Humanist Manifesto (“a socialist cooperative economic order must be established”). He said: “You can’t make socialists out of individualists. Children who know how to think for themselves spoil the harmony of the collective society which is coming, where everyone is interdependent.” Indeed.

… And into the 21st century

In the 21st century, Marx’s and Dewey’s work of social transformation is carried on by the teachers’ unions and their auxiliary, the Democrat Party.

Critical Race Theory is the Marxist model of oppressor and oppressed applied to race. Queering Up applies it to gender.

Again, it’s not about teaching children how to think but what to think. That’s why the fight over Critical Race Theory and mask mandates has turned so vicious, with Attorney General Merrick Garland threatening to treat unruly parents as domestic terrorists.

And it’s why the 2.3-million-member National Education Association (NEA), at its annual convention in July, voted to increase its support of Critical Race Theory and work to fight against so-called “white supremacy, anti-Blackness, anti-Indigeneity, racism, patriarchy … capitalism… and other forms of power and oppression” that are said to animate opposition to CRT.  (It’s also why the NEA gives 94% of its campaign contributions to the Democrat party.) 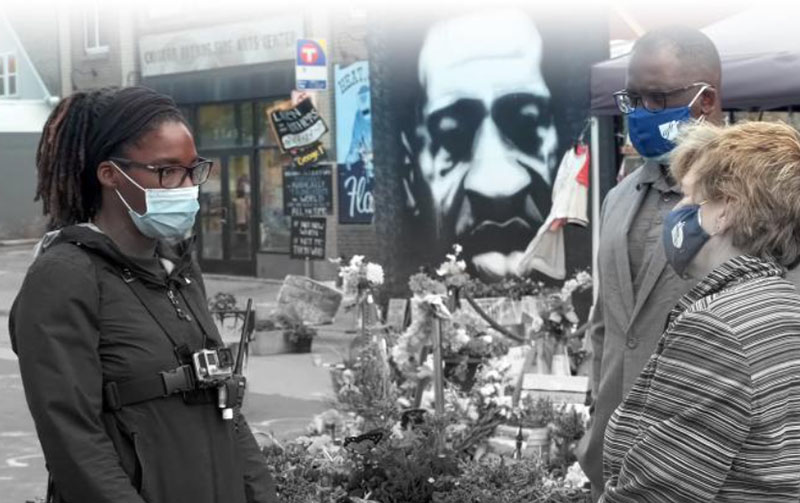 The other major union, the American Federation of Teachers (AFT) is also heavily into the CRT agenda. This photo, from their website, shows the AFT president and secretary-treasurer at a George Floyd memorial.

These are the people who get to spend an average of 15,000 hours per student indoctrinating the captives of America’s public school system.

Final thoughts from MassResistance: In order to effectively fight what’s happening in our public schools, we need to understand the many decades of momentum behind this radicalism, and that a certain kind of people has been attracted to its power structure. None of this is accidental – and it will take a very deliberate, unrelenting, and focused effort to change it.
_____________
Don Feder is a former columnist for the Boston Herald and currently works with The Ruth Institute. He is also a long-time friend of MassResistance.