Critical Race Theory is DEAD, and patriot parents are the ones who killed it! In this video, we’re going to look at how the elections this past week destroyed much of CRT across the nation, we’re going to see how the pathetic mainstream media is going hysterical over its death, and stick with me to the very end of this video when I’ll show you how even Democrats are admitting that the worst for them is yet to come; you are NOT going to want to miss this!

The next chapter in the rivalry between Sen. Rand Paul (R-KY) and Dr. Fauci was written Thursday when Paul continually pressed Fauci over gain-of-function research during a Health, Education, Labor, and Pensions hearing to examine the road ahead for the COVID-19 response, focusing on the next steps.

VIRGINIA: GOVERNOR Youngkin Says ‘Transformation Will Start from Day One’ in Victory Speech

Biden is hidin’ as the Democrats commit suicide after their humiliating losses! In this video, we’re going to see how the Democrats are actually doubling down on what’s become the most unpopular political agenda imaginable, we’re going to see how the lamestream media is doubling down with them, and stick with me to the very end of this video where I’ll reveal why the Democrats’ recalcitrance will ultimately result in their own demise; you are NOT going to want to miss this!

Some of them will likely be coming north before too long. Some may already have. 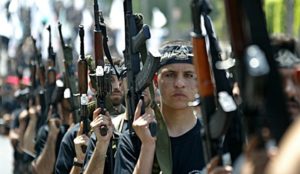 Last week, Israel Hayom reported that a Venezuelan hacker group by the name Team HDP broke into the country’s Directorate General of Military Counterintelligence, gaining access to information on purported Hezbollah operatives living freely in the country under the protection of President Nicolas Maduro’s socialist government.

Now, new details have emerged: According to the information stolen by Team HDP, Venezuela also hosts Palestinian terrorist cells involved in money laundering, drug dealing, and terrorist activity, among other crimes. It was also revealed that Cuba’s foreign intelligence agency plays a central role in the matter.

One of the Palestinian cells, according to the information from Venezuela’s Directorate General of Military Counterintelligence, allegedly belongs to the Al-Aqsa Martyrs Brigades, the military wing of the Fatah faction. The cell reportedly consists of at least four men identified as “doctors,” whose cover includes working for Venezuela’s national social security agency in Merida state in the country’s northwest. “Fawaz Snofar,” “Mahmoud Khalaf,” and “Muhammad Abu-Rah” are some of the names that appear on the list.

The report alleges that the Palestinian “doctor” cell is responsible for the deaths of several patients due to medical malpractice, possibly the result of their questionable medical bona fides. One of the names mentioned on the list, “Khaled Badawi,” is said to be of Pakistani origin and allegedly belongs to several Palestinian terrorist groups….

Brooke Jackson, who was recently fired from her position as regional director at the Ventavia Research Group, a Pfizer contract partner, told the British Medical Journal (BMJ) that multiple trials at several research sites in Texas produced flawed results based on these poor practices.

Not only was Pfizer “slow” to report problems during the trials, but it also unblinded patients, hired on inadequately trained vaccinators, and cut corners to produce desired results rather than accurate results.

Jackson says that staff members who were involved in quality control checks became overwhelmed at the sheer volume of problems that arose because of the company’s tampering with the normal standards for trials of this type.

Concerned about everything she was witnessing, Jackson tried to approach her superiors about it. She also emailed a complaint to the U.S. Food and Drug Administration (FDA) before being promptly fired that same day.

After this occurred, Jackson proceeded to send a trove of incriminating evidence to the BMJ, including internal company documents, photos, audio recordings and emails.

“One photo … showed needles discarded in a plastic biohazard bag instead of a sharps container box,” reports indicate. “Another showed vaccine packaging materials with trial participants’ identification numbers written on them left out in the open, potentially unblinding participants.”

Rather than take her concerns seriously when presented with the facts, Ventavia instead questioned Jackson for taking photos of the incriminating evidence.

FDA always sides with Big Pharma, not We the People

Another problem Jackson revealed about the Pfizer contract company’s trial protocols involved data entry, which was not properly maintained throughout the process.

The expectation was that all queries would be addressed within 24 hours, however there were more than 100 of them older than that, a later investigation revealed.

“Subject has reported with Severe symptoms/reactions … Per protocol, subjects experiencing Grade 3 local reactions should be contacted,” one query for two separate individuals read.

“Please confirm if an UNPLANNED CONTACT was made and update the corresponding form as appropriate.”

Upon receipt of this query, investigators should have made phone contact “to ascertain further details and determine whether a site visit is clinically indicated.” Instead, nothing was done.

At least three employees at Ventavia were also identified by company executives as problematic due to suspicions that they were involved with falsifying data. One of these employees was reportedly “verbally counseled for changing data and not noting late entry.”

The FDA, it was feared, might come in to conduct an audit, which apparently petrified Ventavia because it knew its protocols were not up to proper standards.

“People working in clinical research are terrified of FDA audits,” stated someone named Jill Fisher who is involved with all this. “I don’t know why they’re so afraid of them … You would think if there’s a specific and credible complaint that they would have to investigate that.”

Other problems outlined by Jackson include:

Jackson was told by the FDA in response to her complaints that no comment would be provided. It was later discovered that the FDA looked into just nine of the trial’s 153 sites, and not a single one involving Ventavia was investigated.

The latest news about Chinese Virus injections can be found at ChemicalViolence.com.