Dominion Voting Systems has financial ties to the Chinese government, according to filings

An investigation into SEC filings has revealed that the firm which owns Dominion Voting Systems received $400 million dollars from a Swiss bank with close links to the Chinese government less than a month before the election.

The investigation centers on Staple Street Capital, which acquired Dominion Voting Systems in 2018.

Dominion Voting Systems operates voting machines in 28 states and has been accused by President Trump and his supporters of being involved in deleting millions of votes for Trump in addition to switching votes to Biden on election night.

“On Oct 8, 2020, Staple Street Capital filed SEC Form D offerings and sales amount of $400,000,000 with the Sales Compensation Recipient identified as UBS Securities,” states the investigation, which also notes that another payment of $200,000,000 was received in December 2014.

The overall owners of UBS Securities Co LTD are;

Aside from UBS, the other four owners of UBS Securities are all Communist Chinese front groups.

COFCO Group is a state owned enterprise under the direct supervision of the SASAC.

The revelation that Dominion Voting Systems has financial ties to the Chinese government via UBS Securities will bolster claims by Trump supporters that foreign actors working on behalf of Communist China may have sought to meddle in the presidential election to help Joe Biden.

Other connections between Dominion Voting Systems and the Chinese government have also emerged in recent weeks, including the company’s Core Infrastructure Manager of Information Technology, Andy Huang, who previously worked for China Telecom, which is “wholly run by the Chinese government,” reported the National Pulse. 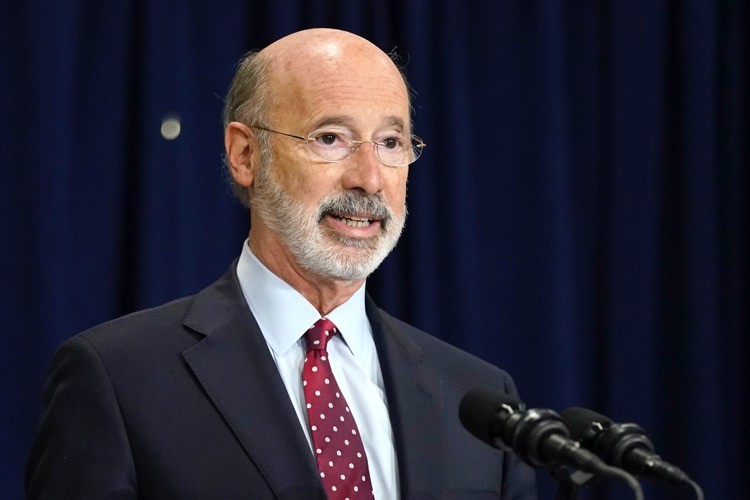 Pennsylvania Governor Tom Wolf (D) continues to prove he has minimal concern for small businesses as he has now vetoed a Republican-backed bill that would have limited COVID-19 liability and shielded businesses from frivolous COVID-related lawsuits.

House Bill 1737 would have made it more difficult to file lawsuits against schools, small businesses, and healthcare providers for “actual or alleged exposure to COVID-19.” Governor Wolf defends his veto by claiming the liability protections were so broad they would have created “the potential for carelessness and a disregard for public safety.”

In reality, the measure would have ensured that businesses that adhere to public health directives be granted basic protections from lawsuits, the same that had been granted to individual doctors, nurses, and other providers via Wolf’s May 6 executive order, Law 360 reported. Wolf had been criticized by businesses and industry groups for failing to extend the same protections to healthcare facilities, nursing homes, and other entities in his executive order.

“One must wonder if the governor even read the bill he vetoed,” Pennsylvania Coalition for Civil Justice Reform executive director Curt Schroder said. “[The bill] only extends liability protection to those businesses, schools, colleges and universities, childcare centers, and health facilities that do comply with health orders and government standards. They would receive no protection under the bill unless they complied with health orders. It is difficult to understand what the governor finds objectionable in a bill that meets the criteria he has set forth.”

The provisions vetoed by Governor Wolf on Monday were added to a bill that was introduced prior to the pandemic that limited potential environmental liability for government land banks in redeveloping contaminated properties. Senator Lisa Baker (R-Luzerne), pushed to add the amendments to the bill to protect businesses already hurting from the pandemic.

“When I talk to struggling business owners and nonprofit organizations, they express fear that one lawsuit could be their death sentence,” Baker said in a statement. “Those fighting to stay open do not need to incur litigation costs and potentially get hit with judgments on top of all the other pressures and stresses afflicting them.”

MSN News reports the measure was backed by more than 75 statewide associations. Without the legislation, Pennsylvania is likely to be “slower to recover,” MSN notes, as businesses are afraid to operate if they cannot be offered immunity from frivolous or unfair lawsuits.

Gene Barr, president and CEO of the Pennsylvania Chamber of Business and Industry, for example, said the legislation would have provided much-needed security for childcare providers that fear being sued.

“Shortages of personal protective equipment and testing supplies, coupled with ever-changing guidance from state and federal regulatory agencies, have created an environment ripe for opportunistic legal action directly related to this emergency,” Schamberg said in a statement, adding the bill would have “protected long-term care providers from predatory law firms looking to take advantage of this pandemic with baseless accusations and frivolous lawsuits.”

PHCA contends Wolf’s veto did nothing but “protect and empower” trial attorneys.

“Pennsylvania’s manufacturers are deeply disappointed that Governor Wolf has prioritized the litigation industry above everyone who will ultimately fight and win the battle against COVID-19 in the commonwealth. This bill was a targeted, temporary, and necessary response to the threat of frivolous lawsuits by Pennsylvania’s litigation industry, which views the COVID-19 pandemic as a business opportunity.”

Taylor observes this was not the first time Wolf sided with the lawsuit industry: “This isn’t the first time that Governor Wolf has privileged the litigation industry above everyone and everything else; it recalls his 2018 veto of SB 936, which would have protected injured workers from quack medicine and opioid addiction. This veto is the latest example of the public good being sacrificed on the altar of politics to protect Tom Wolf’s high-level campaign donors in the Philadelphia-based lawsuit industry.”

“HB1737 was nothing more than a grotesque effort by massive corporations, manufacturers, hospitals, and nursing homes to shield themselves from liability when their negligent actions cause injury or death,” they said. “The priorities in a pandemic should always be about protecting Pennsylvanians, but what we saw instead was a hastily passed bill that would have been a gift to businesses and hospitals engaging in bad conduct that harmed workers and families.”

As Pennsylvania legislators are out of session for the remainder of the year, an override of the governor’s veto is unlikely.