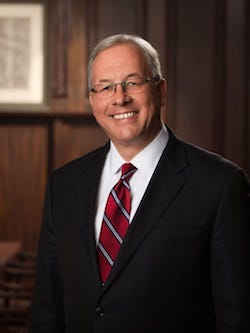 (Friday Church News Notes, November 29, 2019, www.wayoflife.org [email protected]ife.org, 866-295-4143) –
Since 2006, we have documented the move toward Reformed Calvinism on the part of many BJU graduates, but it wasn’t clear where the school itself stood. That picture has now come into clear focus, and it is worse than we suspected. In October, BJU president Steve Pettit participated in the “Greenville Conference on Reformed Theology” at Second Presbyterian Church. The other two speakers were Joel Beeke and Richard Phillips. Beeke is a professor at Puritan Reformed Theological Seminary and Phillips serves on the board of The Gospel Coalition. On November 11-12, Andy Naselli was the guest speaker at BJU for the Stewart Custer Lecture Series. Naselli is a professor at John Piper’s Bethlehem College & Seminary and an elder of Bethlehem Baptist Church. Naselli is also on the staff of The Gospel Coalition. It is becoming more clear why Bob Jones University is building bridges to Keith Getty, who is a Reformed Calvinist and whose pastor, Alistair Beggs, is a prominent member of The Gospel Coalition. TGC represents the new Reformed Calvinism. Unlike old Reformed Calvinism, new Reformed Calvinism is ecumenical. The old Reformed men believed that Rome is the great whore of Revelation 17, drunken with the blood of the martyrs, but the new Reformed have ecumenical relationships with Rome, or at least are sympathetic to it. On the TGC web page “Should Christians Be Ecumenical,” we find the following: “Can evangelicals and Catholics truly be together? … Jesus’ prayer for unity in the Body obligates me to see the ecumenical task as important for Christianity” (by Trevin Wax, a Southern Baptist Wheaton College professor who associates with the Gettys). This is false. Jesus’ prayer in John 17 has nothing to do with ecumenism. In fact, Christ emphasized obedience to God’s Word and the importance of truth (Joh. 17:6, 8, 14, 17, 19), which are incompatible with ecumenism. Lou Martuneac makes the following observation, “What has BJU president Steve Pettit shown us by taking an active role in this conference, with these speakers? First, he has removed any lingering doubt of having led the University to embrace Reformed Theology. Second, The Gospel Coalition (TGC) includes men in its leadership who are some of the most egregious of ecumenical compromisers among the so-called ‘conservative’ evangelicals. … To any objective observer surely enough has been seen to erase any lingering doubt that BJU has abandoned its foundational, separatist principles. … The University has always been theologically broad. So–that’s not new. What is new is the association with compromised denominations that have never espoused fundamentalism” (“This Is Not Your Father’s Bob Jones University, A Continuation,” In Defense of the Gospel, Nov. 14, 2019).

WHAT HAPPENS WHEN CHURCH & SCHOOL
HAVE THE “PRIMACY” OVER JESUS CHRIST
CHRISTIAN HYPOCRISY: FUNDAMENTALISM IN NAME ONLY;
GRADUALLY ADOPTING THE WORLD’S WAYS THINKING THEY ARE
MORALLY NEUTRAL

LIBERAL BETTER THAN CONSERVATIVE NOW?
A GOOD MAN, BUT WHERE IS HIS DISCERNMENT? 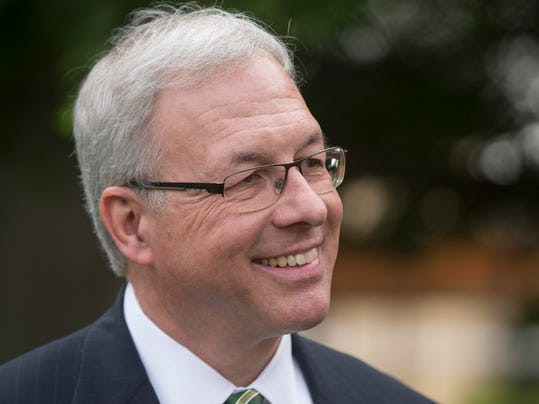 STEPHEN D. PETTIT, BOB JONES UNIVERSITY PRESIDENT
& FORMER EVANGELISTIC TEAM HEAD www.pettitteam.org
EXCERPT FROM:
http://www.pettitteam.org/wp-content/uploads/2014/05/PressRelease050814.pdf
NO MENTION HERE OF JESUS CHRIST! WHY?
“I’m overwhelmed by the opportunity to serve as BJU’s president,” said Pettit. “For decades, I’ve
appreciated the ministry of BJU and the Jones family to me and my family. I truly desire to honor
BJU’s heritage and continue—by God’s grace—to fulfill its mission. I particularly want to emphasize
the primacy of the local church, encourage relational discipleship among our students, faculty and
staff, and continue the emphasis on academic excellence and living a godly life.” 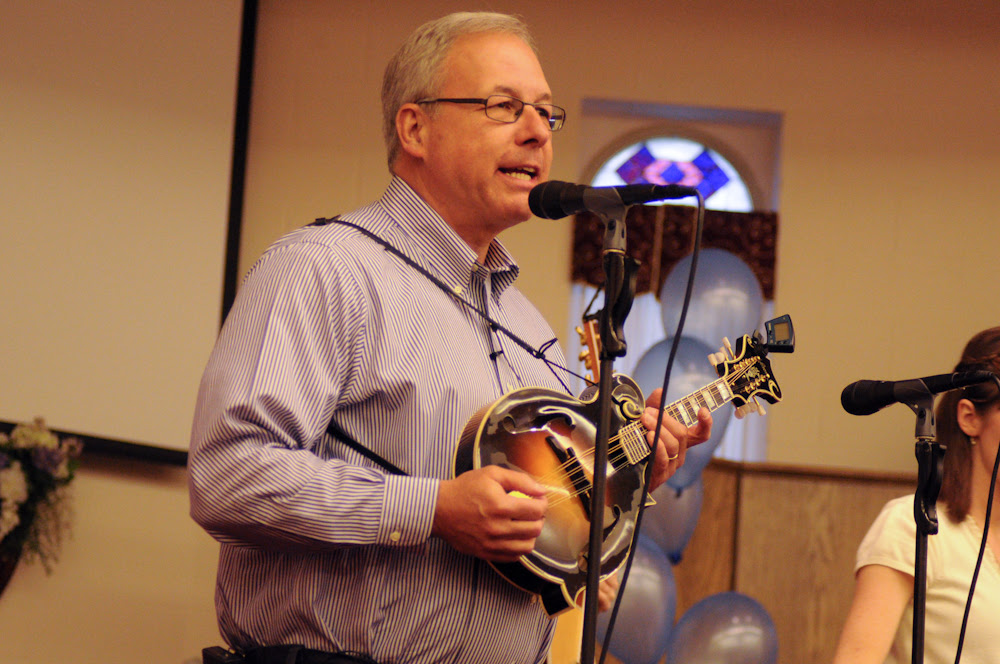 he following report is by Don Jasmin, The Fundamentalist Journal, August-September 2014, [email protected] I thank the Lord for Dr. Jasmin’s spiritual discernment and his willingness to speak out for the truth’s sake. It appears to me that the vast majority of Bible-believing preachers today are perfectly content to watch the battle from the sidelines. If this were our report, we go further in warning about Bob Jones University, including the error of fundamentalist interdenominationalism. (See the free eBook In Essentials Unity, available from www.wayoflife.org.)

________________
AN ANALYSIS OF A “TOWN HALL” INTERVIEW MEETING WITH DR. STEPHEN PETTIT, THE NEW BJU PRESIDENTBy Don Jasmin[email protected]On July 7, 2014, Dr. Steve Pettit, the new President of Bob Jones University was interviewed live in a town-hall format by Marshall Franklin, a BJU “Executive Vice-President,” concerning his goals and plans for BJU, an interview which the F. D. editor watched and took extensive notes. The following article is a personal analysis of this interview.

THE POSITIVES 1. CONVERSATIONAL TONE: Dr. Pettit maintains an excellent “conversational” speech tone rapport with his audiences. He possesses the personal demeanor of a congenial likable gentleman, who also has a unique sense of humor in his public remarks.2. GENUINE SPIRITUAL BURDEN FOR STUDENTS: The new BJU President obviously has a genuine burden for the spiritual life of BJU students. He desires to “make the chapel program the highlight of the day” for students, a noble goal. [During his seven years as a BJU student, the daily chapel program was truly the “highlight” of the now F.D. editor’s day! Yours truly could hardly wait to get to his seat for those daily chapel sessions!]
3. EMPHASIZES PREACHING: Dr. Pettit states that there is “no virtue in bad preaching.” He desires the best quality in the BJU pulpit and sincerely believes that students “need the old Bob Jones Sr. type sermons,” perhaps as much as any trait in the daily chapel sessions. 4. DESIRE FOR REVIVAL: The BJU evangelist-president believes there is a great need to pray for revival.

SEE:
http://www.bju.edu/events/fine-arts/concert-opera-drama/cantus.php
http://blogs.bju.edu/pr/2015/01/13/cantus-perform-bob-jones-university-2/
EXCERPT:
“Anthems are an expression of identity and create a way for communities to show support for a cause, belief, a heritage, or even a sports team,” says Cantus tenor Aaron Humble. “If you have once sung a song in a group, that music forever after will conjure the emotions of that moment for you: pride, identity, unity.”

“The music drift continues in ‘fundamentalism’ as Bob Jones University, under new head Steve Pettit, hosted the men’s music group Cantus for their Artist Series, Jan. 27, 2015. I called the school because I have friends and family that attend BJU, but no one would talk to me and my call has not been returned. Cantus’ web site contains information about the performers. Tenor Zachary Colby says the person he most admires is Oprah Winfrey. Tenor Blake Morgan said that his idea of a great evening is ‘sunsets and craft beer’ and he is ‘a huge fan of vocal jazz.’ Tenor Aaron Humble is a homosexual who commutes from Minneapolis, where he works, to Seattle, where his ‘husband’ lives with their two cats. Tenor Shahzore Shah lives in Saint Paul with his ‘husband,” and his most admired living person is Thich Nhat Hanh, a Zen Buddhist master.”