November 17, 2019 John
SBC CHURCH LEAVES DENOMINATION OVER BETH MOORE, PAULA WHITE, WOMEN PREACHERS, & “PROGRESSIVE” LIBERALISM
This sermon is from Grace Life Church at the Shoals, pastor Jeff Noblit. The pertinent section in which he talks about leaving the SBC is at the 9.35 mark.
https://www.gracelifeshoals.org/
FULL CHURCH SERVICE:
SHORTER VIDEO OF THE SERMON ONLY:

“Building True Churches In An Hour Of Apostasy”

November 17, 2019 John
TRUMP POLL NUMBERS SURGE DURING IMPEACHMENT HEARINGS AS DEMOCRATS ADMIT DEFEAT
The impeachment hearings are blowing up in the Democrats’ face as Trump’s poll numbers surge the very week Democrats try to stop him; we’ll look at why Trump’s approval has gone up and why even Democrats are beginning to lose faith in this whole impeachment circus; you’re not going to want to miss this!
REPORT BY DR. STEVE TURLEY

THE HUMAN TRAGEDY OF THE VICTIMS OF MUSLIM RAPE GANGS 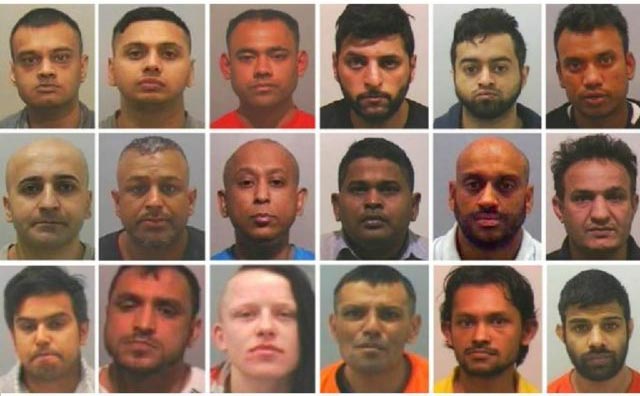 THE HUMAN TRAGEDY OF THE VICTIMS
OF MUSLIM RAPE GANGS
BY JOSHUA WINSTON
SEE: https://www.jihadwatch.org/2019/11/the-human-tragedy-of-the-victims-of-muslim-rape-gangs;

THE HYPOCRISY & DECEPTIONS OF YAHYA HENDI, OR, INTERFAITH HEALING WITH A GEORGETOWN IMAM (PART 1)~SHARIA & ISLAMIC JIHADISM CENSORED IN CLASSES 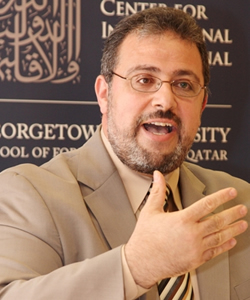 QUOTE FROM: https://berkleycenter.georgetown.edu/people/yahya-hendi:
“Imam Yayha Hendi is the Muslim chaplain at Georgetown University, the first American university to hire a full-time Muslim chaplain. As chaplain he leads Qiyamul-lail and Friday prayers, counsels students, and offers retreats for both Muslim and non-Muslim students. A consistent advocate for interfaith understanding, Hendi is the founder and president of Clergy Beyond Borders and Imams for Universe, Dignity, Human Rights and Dialogue. He has also written numerous publications ranging from women and gender relations in Islam to religion and Islam in the United States. Hendi is also the imam of the Islamic Society of Frederick, the Muslim chaplain at the National Naval Medical Center, and the spokesperson of the Islamic Jurisprudence Council of North America. He holds a master’s degree in Comparative Religions from Hartford Seminary and is currently working on his Ph.D. in Comparative Religion at Georgetown.” 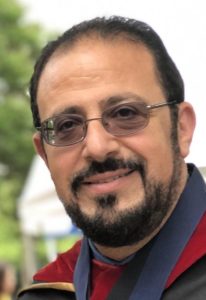 YAHYA HENDI, OR, INTERFAITH HEALING WITH A GEORGETOWN IMAM (PART 1)
BY HUGH FITZGERALD
SEE: https://www.jihadwatch.org/2019/11/yahya-hendi-or-interfaith-healing-with-a-georgetown-imam-part-1; republished below in full unedited for informational, educational and research purposes:

“In our society, in America, in our beautiful country, we are always talking about or discussing what makes America great is diversity,” he said.
“Conversations he hopes will happen during “Learning About Islam” will help with better conversations.
“For more of America to be a better America, America needs to know about all of its citizens,” Hendi said. “It makes people much better when they talk about one another. We are empowered, we are strengthened as a nation, as a society, as a country, as a human family when we know about one another.”
And knowing more about your neighbors and their faith and beliefs means being able “to interact with them more, work with them more and understand them more,” he said.
Hendi’s belief is that “the more you know, the more you know that you need to know more” when it comes to Islam.
“Because the more you learn about Islam, you are ‘wait a minute I didn’t know this.’ People will discover that they have been shaped by their misunderstandings, by some media outlets that don’t convey a true message of Islam or Muslims, so, therefore, people are shaped by ignorance,” he said. “And ignorance is our worst enemy. Ignorance is what divides us.”

Yes, everything bad you hear about Islam is only a misunderstanding, spread by media outlets – “ignorant” and “islamophobic” – whose effect, Yahya Hendi charges, is to “divide us.” It’s our “ignorance” of Islam that must be combated. But curiously, so many verses will need to be avoided if our “ignorance” is to be corrected in the right, non-misleading, Muslim-approved way. Such verses as 2:191-194, 3:151, 4:89, 8:12, 8:60, 9:5, 9:29, 47:4, and 98:6 won’t be brought up at all, nor will another 100 verses that command violent Jihad. Such verses would only upset and confuse people, at a time when we all have a duty – that’s what interfaith gatherings are for – to make people more aware of “authentic, peaceful Islam.” Trust Yahya Hendi. He wouldn’t deceive you, would he?
For all the Muslim variation on the Christian theme of bomfoggery – “brotherhood of man, fatherhood of God” – Hendi has no intention of letting his attendees know “more about [their Muslim] neighbors and their faith and beliefs.” He will necessarily offer a sanitized version of the faith, stressing the Five Pillars, the complimentary things prominent Westerners (the Pope and assorted Presidents) have said about Islam, and offering, along with 2:256 and 5:32, the handful of milder Qur’anic verses that seem to suggest the possibilities of co-existence but which, his attendees will not realize, have all been abrogated by the later, harsher verses of the Medinan period.
______________________________________________________________
Imam Yahya Hendi welcomed by His Emminence Cardinal McCarrick of the Washington D.C. Dioceses.

Imam Hendi speaks of the American Muslim “integration”
in US society: