November 7, 2019 John
President Trump holds another huge ‘Keep America Great’ rally ahead of the election to campaign
for Eddie Rispone for governor on
Wednesday, November 6, 2019.

KENTUCKY GOVERNOR MATT BEVIN (R) LOSES BID FOR RE-ELECTION BY ABOUT 5,000 VOTES~CHALLENGES RESULTS, ASKS FOR A RECOUNT DUE TO STATE’S HISTORY OF VOTER FRAUD

November 7, 2019 John
CONSERVATIVE KENTUCKY GOVERNOR MATT BEVIN (R) LOSES BID FOR RE-ELECTION BY ABOUT 5,000 VOTES~CHALLENGES RESULTS, ASKS FOR A RECOUNT DUE TO STATE’S HISTORY OF VOTER FRAUD
SEE PROFILE OF THIS PATRIOT,
MALIGNED AS “NOT VERY POPULAR” BY LIBERALS:
https://en.wikipedia.org/wiki/Matt_Bevin
BEVIN’S SPEECH, BUT NO CONCESSION YET.
WANTS THE PROCESS TO BE CARRIED OUT
UNDER LAW & PRECEDENT NEW YORK GOVERNOR CUOMO SIGNS BILL PROHIBITING CHURCHES, NON-PROFITS FROM ENDORSING, OPPOSING POLITICAL CANDIDATES
ATTEMPTS TO NULLIFY TRUMP EXECUTIVE ORDER TO IRS ELIMINATING PENALTIES UNDER JOHNSON LAW
BY HEATHER CLARK
SEE: https://christiannews.net/2019/11/06/ny-governor-cuomo-signs-bill-prohibiting-churches-nonprofits-from-endorsing-opposing-political-candidates/;
ALBANY, N.Y. — The Democratic governor of New York has signed a bill that codifies into state law already-existing federal rules prohibiting churches and nonprofit organizations from endorsing or opposing political candidates.
Senate Bill 4347 states that “any corporation, association, trust, or community chest, fund, foundation, or limited liability company, organized and operated exclusively for religious, charitable, scientific, testing for public safety, literary or educational purposes” may not “participate in, or intervene in (including the publishing or distributing of statements), any political campaign on behalf of or in opposition to any candidate for public office.”
The legislation is meant to mirror the Johnson Amendment, passed in 1954 and introduced by then-Senator Lyndon Johnson.
Groups such as Alliance Defending Freedom (ADF) have desired the repeal of the federal amendment as they believe that it gags churches from teaching their congregations, with specificity and relevance, how to vote biblically.
“The real effect of the Johnson Amendment is that pastors are muzzled for fear of investigation by the IRS,” ADF Litigation Counsel Christiana Holcomb said in 2014. “Rather than risk confrontation, many pastors have self-censored their speech — afraid to apply the teachings of Scripture to specific candidates or elections.”
In 2017, President Trump signed an executive order directing the IRS not to enforce the electioneering prohibition.
“No one should be censoring sermons or targeting pastors,” he said during a rose garden signing on the National Day of Prayer. “America has a rich tradition of social change beginning in our pews and our pulpits. … [And] we must never infringe on the noble tradition of change from the church and progress from the pew.”
“Under my administration, free speech does not end at the steps of a cathedral or synagogue, or any other house of worship,” Trump proclaimed. “We are giving churches their voices back. We are giving them back in the highest form.”
Certain lawmakers in New York oppose the president’s actions as they believe that Church (and nonprofits) and politics should not mix. They sought to make the Johnson Amendment’s prohibitions state law in the event that the statute is ever repealed federally.
“This is a simple bill that serves an important purpose: to keep in place standards we have had in this country for over sixty years that shield not-for-profits and houses of worship from political entanglement,” Sen. Liz Krueger, D-Manhattan, and author of S. 4347, said in a statement.
“The administration in Washington has repeatedly said they want to repeal these protections, and open the door for big-money donors to launder campaign contributions through churches, mosques, and synagogues. This would politicize nonprofits, undermining their focus on their primary missions, and damaging public trust in the nonprofit sector,” she opined.
Gov. Cuomo signed the bill into law on Oct. 23, similarly remarking that he sees nonprofit influence in elections to be inappropriate and an interference in the democratic process.
“For too long we have listened to the Trump administration threaten to remove common sense protections prohibiting tax-exempt organizations from engaging in inappropriate political activities,” he said. “New Yorkers have a right to free and fair elections, and this law will further protect our democracy from unjustified interferences once and for all.”
As previously reported, according to historical documents, Election Day sermons were common in early America, beginning in the days of the Puritans and continuing after the official founding of the nation.
“The ancient advice dictated to Moses, by the priest of Midian, and approved of God, is admirably calculated, civil fathers, for your direction on this occasion. Tis a significant compendium of the qualifications of the persons whom you ought to favor with your suffrages: ‘Thou shalt provide out of all the people, able men, such as fear God, men of truth, and hating covetousness, and place such over them,’” Gad Hitchcock preached in 1774, pointing to Exodus 18:21.
“[A]bove all, suffer me to remind you that you act for God, and under his inspection, by whose providence this trust is committed to you, and that you must one day give an account to Him whose eyes are as a flame of fire, of the motives of your conduct,” he declared.

November 7, 2019 John
TIME FOR AMERICANS TO STEP UP &
KILL OFF SOCIALISM IN THE USA
BY DAVID LIMBAUGH
SEE: https://www.ammoland.com/2019/11/time-for-true-americans-to-step-up-kill-off-socialism-in-the-usa/#axzz64bQG2bht; 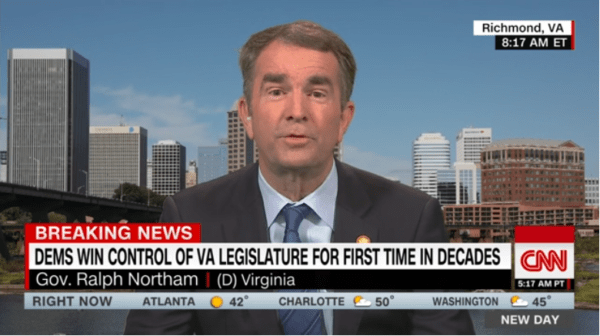