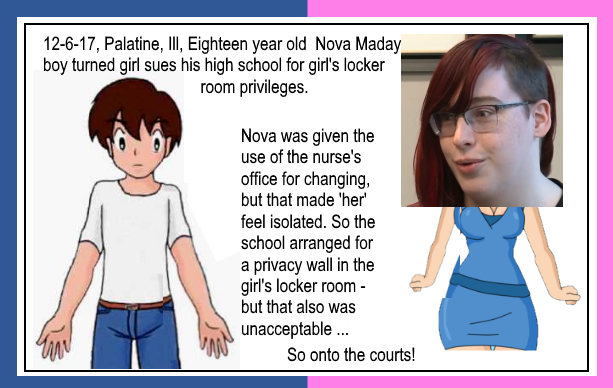 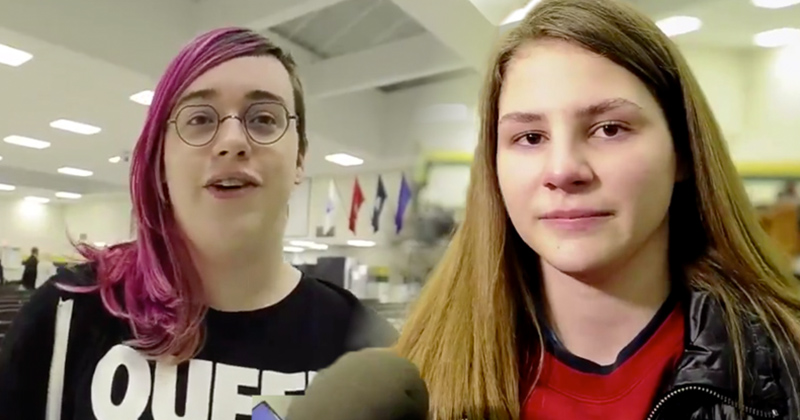 ‘I feel it’s against my rights as a student,’ says female student athlete

UKRAINIAN MP SAYS BURISMA HEAD TO BE INDICTED; HUNTER BIDEN SLUSH FUND NAMED~DNA TEST CONFIRMS HUNTER BIDEN THE FATHER OF A BABY; BUT HE DENIES IT

November 21, 2019 John
UKRAINIAN MP SAYS BURISMA HEAD TO BE INDICTED; HUNTER BIDEN SLUSH FUND NAMED
Ukraine is indicting the head of Burisma and new reports are surfacing, which will have a direct impact on impeachment hearings.
One America’s Jack Posobiec has all the details.
HUNTER BIDEN RECEIVED $16.5 MILLION

BY JAMIE WHITE
SEE: https://www.infowars.com/bombshell-ukraine-indicts-burisma-holdings-owner-demands-trump-open-probe-into-bidens-dems/; republished below in full unedited for informational, educational and research purposes:
The head of Burisma Holdings, the energy company on which Hunter Biden served on the board, has been indicted by Ukraine’s Office of the Prosecutor General for money laundering and corruption, according to Ukrainian MP Alexander Dubinsky.
During a Wednesday press conference, Dubinsky claimed that an investigation into Nikolai Zlochevsky and Burisma found a “link that reveals how money is siphoned [from Ukraine],” notably through Hunter Biden, who received $16.5 million “through criminal means and money laundering.”
“The son of Vice-President Joe Biden was receiving payment for his services, with money raised through criminal means and money laundering,” Dubinsky said. “Biden received money that did not come from the company’s successful operation but rather from money stolen from citizens.”
According to Dubinsky, Zlochevsky helmed a money laundering operation which included politicians from the previous Yanukovich administration who continued their criminal enterprise under his successor President Pyotr Poroshenko.
“We will reveal the information about the financial pyramid scheme that was created in Ukraine and developed by everyone beginning with Yanukovich and later by Poroshenko,” Dubinsky continued.
“This system is still working under the guidance of the current managerial board of the National Bank, ensuring that money flows in the interest of people who stole millions of dollars, took it offshore and bought Ukrainian public bonds turning them into the Ukrainian sovereign debt.”
At the same press conference, Ukrainian MP Andriy Derkach claimed that the family of ex-President Yanukovich funneled $7.4 billion through American investment firm Franklin Templeton Investments, which they tied to the U.S. Democratic Party.
“Last week, November 14, the Prosecutor General’s Office (PGO), unnoticed by the media, announced a new suspicion to the notorious owner of Burisma, ex-Ecology Minister Zlochevsky,” said Derkach.
“According to the suspicion, the Yanukovych family is suspected, in particular, with legalizing (laundering) of criminally obtained income through Franklin Templeton Investments, an investment fund carrying out purchases of external government loan bonds totaling $7.4 billion.”
Derkach then demanded that President Trump must get involved in rooting out the corrupt Democrat-Ukraine network.
“President Zelensky must pick up the phone, dial Trump, ask for help and cooperation in the fight against corruption and fly to Washington,” Derkach demanded. “The issue of combating international corruption in Ukraine with the participation of citizens, businessmen and U.S. officials should become a key during the meeting of the two presidents.”
As we reported, Joe Biden openly admitted to extorting the Ukraine government if it didn’t squash an investigation into his son Hunter’s involvement with Burisma Holdings.
Looks like Trump asking President Zelensky to look into Biden-Burisma corruption wasn’t without merit after all.
Joe Biden has reason to panic. A retired CIA officer told the Washington Examiner, “From everything we know about the whistleblower and his work in the executive branch then, there is absolutely no doubt he would have been working with Biden when he was vice president.
______________________________________________
SEE ALSO:

HAMAS & ISLAMIC JIHAD VOW CLOSER COOPERATION IN WAR OF “PARALYSIS OF ISRAEL”~TURKEY’S ERDOGAN: “OUR GOD COMMANDS US TO BE VIOLENT TOWARDS THE KUFFAR (INFIDELS)”

THE BLOOD OF CHRIST IS NOW OFFENSIVE IN THE UK 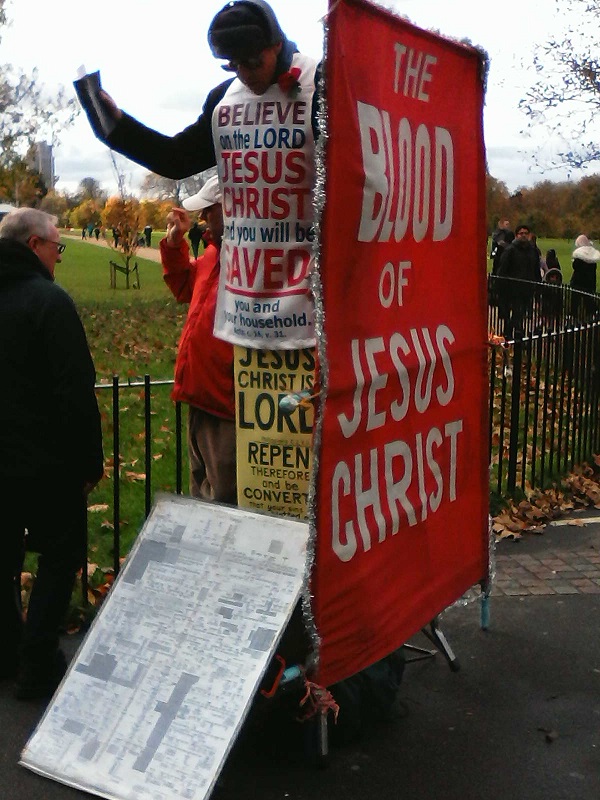 THE BLOOD OF CHRIST IS NOW OFFENSIVE IN THE UK
BY JOSHUA WINSTON
SEE: https://www.jihadwatch.org/2019/11/the-blood-of-christ-is-now-offensive-in-the-uk;

VINDMAN ADMITS HE MADE UP ELEMENTS
OF TRUMP-ZELENSKY PHONE CALL SUMMARY
BY LUIS MIGUEL
SEE: https://www.thenewamerican.com/usnews/politics/item/34087-vindman-admits-he-made-up-elements-of-trump-zelensky-call-summary;

BY BOB ALLEN
SEE: https://baptistnews.com/article/caring-well-conference-cites-failures-in-in-the-southern-baptist-conventions-response-to-sexual-abuse/;
Bible teacher Beth Moore said having too few women in power contributes to sexual abuse in the Southern Baptist Convention in a Thursday night keynote address at a national conference on caring well for victims.