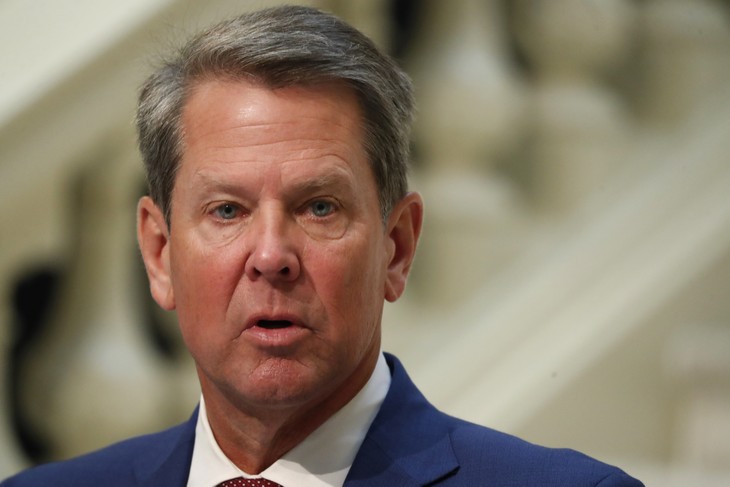 In a tweet Monday afternoon, attorney Lin Wood announced that he had filed an amended complaint against the secretary of state of Georgia alleging due process violations in regards to the contested presidential election in that state. In that tweet, he also said Governor Brian Kemp “better come out of his basement.”

Wood has been hammering Kemp and Secretary of State Brad Raffensperger, over the perception that they aren’t doing enough to reject invalid ballots in the recount of the presidential election. Kemp and Raffensperger are both Republicans, but have been accused of blocking President Trump’s attempts to investigate allegations of election fraud in Georgia.

Wood, who represented Nicholas Sandmann in his defamation lawsuit against the Washington Post and currently represents Kyle Rittenhouse in his murder defense, joined the Trump legal team to litigate suspected election fraud in several battleground states. He has adamantly claimed that Trump won in a landslide, but that the Democrats stole the election via surreptitious means.

In fact, Wood accused Kemp and Raffensperger of receiving kickbacks from the state elections software contract.

As an outspoken critic of the election process, Wood has, naturally, suffered social media shadowbans.

Wood went on John Fredericks’ show in Virginia on Monday to explain why he filed suit against the Georgia secretary of state, and to detail his suspicions about the election:

The lawsuit I filed was against the secretary of state and other appropriate defendants. And it stems out of a March 2020 consent settlement that the secretary of state entered into in litigation with the Democratic Party. The Democratic Party was represented by Perkins Coie– you might also call Perkins Coie the Hillary Clinton Law Firm. But that consent agreement made substantive changes in the absentee voting rules. You can’t do that.

Only the state legislature is permitted to make a change in a federal election conducted in the state. That’s been strongly suggested and will be upheld eventually by Judge Justice Alito in Pennsylvania. Even recently by a judge in California where they tried the same thing with the governor. So they changed the rules under the guise of COVID to try to increase the ability of people to vote by mail.

And as a result, you got fraud of a massive amount through the mail-in votes and you’ve also got fraud in your computer voting machines. It’s not the first time they’ve done this. What happened this time is that Trump won by such a large margin that they had to go out and get these mail-in votes in the middle of the night to try to carry some of the key states.

He went on to say that Governor Brian Kemp has been nowhere to be found. Wood is not the only one publicly calling for Kemp to respond. Last week, Rep. Matt Gaetz (R-Fla. ) went on Hannity to talk about the irregularities in the Georgia election:

Gaetz talked up how Florida changed its system and said, “Every Republican state legislator has an obligation now to persue election integrity legislation in their state to ensure that we do not have these mass mailings of ballots.”

He then took a shot at Kemp, saying, “Brian Kemp was chief elections official for the state of Georgia. Why didn’t he do the things that Ron DeSantis did during his transition to clean up the process, to ensure integrity, to remove the bad actors, and then to give our voters confidence.”

Hannity asked, “Why didn’t he do it now?”

“I think that for Brian Kemp,” Gaetz continued, “it was more important that Kelly Loeffler beat Doug Collins than that Donald Trump beat Joe Biden. He could’ve set that Collins-Loeffler primary earlier. We would’ve had a more united Republican party if that were the case, but in a close election that stuff really matters. It really matters, Sean. And he did not put us in the best position to win.”

PJ Media’s Rick Moran reported this morning that Georgia’s secretary of state did respond, unlike Kemp:

Several outlets are reporting that Georgia Secretary of State Brad Raffensperger is saying fellow Republicans are pressuring him to find ways to exclude legal ballots. And Donald Trump spent the weekend trashing Raffensperger as being a “RINO” for allowing mail-in ballots.

Georgia Secretary of State Brad Raffensperger said Monday that Sen. Lindsey Graham asked him whether he had the power to reject certain absentee ballots, a question he interpreted as a suggestion to toss out legally cast votes.

“It sure looked like he was wanting to go down that road,” Raffensperger said.

Raffensperger made the comments to The Washington Post, saying he’s faced rising pressure from fellow Republicans who want to see Democrat Joe Biden’s narrow lead in the state reversed. Nearly 5 million votes were cast in the presidential election in Georgia, and Biden was leading President Donald Trump by about 14,000 votes.

At a “Stop the Steal” rally in front of the governor’s mansion, Brian Kemp was nowhere to be seen. His absence fueled more bitterness as the Wall Street Journal reports that many Republicans worry the breach may cost them one or both Senate seats.

As the election lawsuits rage on, collateral damage will inevitably result.

Editor’s Note: Want to support PJ Media so we can keep telling the truth about the riots and attacks on law enforcement? Join PJ Media VIP and use the promo code LAWANDORDER for 25% off your VIP membership.

Jeff Reynolds is the author of the book, “Behind the Curtain: Inside the Network of Progressive Billionaires and Their Campaign to Undermine Democracy,” available at www.WhoOwnsTheDems.com. Jeff hosts a podcast at anchor.fm/BehindTheCurtain. You can follow him on Twitter @ChargerJeff, and on Parler at @RealJeffReynolds.