Lawmakers in New Jersey are considering legislation that would ban textbooks that are not in a database approved by radical homosexual and transgender activists, sparking alarm about religious liberty and government indoctrination of children.

Parents and faith leaders are also warning that the legislation would encourage bullying of children who come from Christian, Jewish, and Muslim homes. By teaching that there is something wrong with those who consider homosexuality sinful and believe that there are only two genders, the schools would stigmatize and demonize children from religious homes, critics warned.

Under the bill, local school districts would be stripped of their authority to purchase textbooks that did not include “diversity” in “such areas as gender, … gender identity or expression, and sexual orientation.” In other words, books that do not peddle homosexuality or gender confusion would be banned from school.

“This legislation will force publishing companies and textbook authors to elevate sexual attractions and gender identities in their publications in order to be approved by the state of NJ to sell books to your school district,” explained Director of Advocacy Shawn Hyland with the Family Policy Alliance before urging parents to get involved in the fight.

“Elected school board members, in collaboration with parents serving in curriculum committees, should decide what is best for their community — not the all-encompassing overreach of state government,” Hyland added in an email to activists. “Education is best left to local school boards and parents.”

Conservative grassroots groups across the state are gearing up to fight the bill, too. The Morris Patriots of Northern New Jersey, for instance, sent out an e-mail alert over the weekend including Family Policy Alliance’s warning and urging activists to reach out to legislators to stop the bill before it comes up on November 16 at noon.

“There is no longer religious freedom in NJ when school boards will be mandated to purchase and students will be mandated to read textbooks that normalize LGBTQ behavior,” the Morris Patriots organization said in its mass email encouraging N.J. activists to get involved.

Another group fighting back is Team PYC – Protect Your Children, which has been organizing people of faith all across the state to stand up for religious liberty and against anti-Christian indoctrination in public schools.

In an email about the legislation, Team PYC urged those who value parental rights to prevent the far-left from transforming the state with radical LGBT legislation and tax-funded propaganda targeting children.

The group also warned about another piece of legislation in New Jersey, S2781, set to be considered next month. It would order school districts to “provide instruction” on “diversity” in sexual orientation and gender identity as part of the New Jersey Student Learning Standards in Comprehensive Health and Physical Education.

Among other concerns, Team PYC, which is active across the state, blasted the idea of teaching a 10-year-old child that children should get a sex-change or that it is normal to have “fluid ever-changing sexuality or identity.” And yet that is coming, with these bills paving the way.

“The Inclusion Bill (if passed into law) will mandate changing terms and definitions and that is 100% going against the HOLY WORD of GOD how God has made man and woman, not a combination of the two,” explained Victoria Jakelsky, state director for Team PYC.

The extremism that has engulfed New Jersey schools and lawmakers in recent years is getting worse. And it is hardly limited to New Jersey. The consequences will be devastating. Americans across the nation must take action, or it will be all downhill from here.

This article originally appeared at FreedomProject Media and is reprinted here with permission. 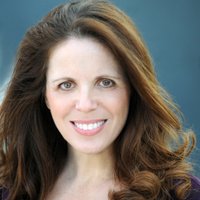 The United States just passed 10 million confirmed coronavirus cases. Dr. Anthony Fauci is predicting a dark winter. Presumptive President-elect Joe Biden says he has a plan but continues to focus on an unenforceable mask mandate and the potential for more lockdowns.

In Europe, where an aggressive lockdown strategy was once heralded by public health officials and media pundits, the COVID-19 winter has already arrived. Across the continent, countries have responded to the pandemic by imposing new nationwide or partial lockdowns. Ordinary Europeans, who are familiar with the strategy’s staggering costs, are staging protests. They know a second round of lockdowns would be medically, socially and economically devastating.

Prime Minister Boris Johnson shut down his country for at least four weeks to prevent what he calls a “medical and moral disaster” for Britain’s government-run health care system.

In Italy, the government in Rome forced a nationwide curfew along with travel restrictions in certain regions.

Public health officials around the world are using infection models to justify draconian measures. The experience and counsel of front-line doctors and physicians who are treating patients during the pandemic barely register with these “experts.”

Lockdowns aren’t treatment. They’re not science. They’re reckless. The U.S. must resist taking cues from governments across the Atlantic on how to handle a second wave.

General lockdowns are both unnecessary and demonstrably ineffective. Research and experience tell us that COVID-19 spreads most efficiently indoors. In a study of more than 7,300 cases, international researchers found that just two infections could be linked to outdoor settings. Effective social distancing is relaxed or unobserved inside and the often drier, uncirculated air of indoor environments encourages viral transmission. In short, keeping people locked up in their homes exposes them to a greater level of risk over time.

The stated purpose of both the European and American lockdowns earlier this year was to prevent overwhelming local hospitals with critically ill patients. However, as the shutdown dragged on in places like New York and California, public health officials saw increases in heart disease and cancer rates, as well as functional decline directly attributable to fearful Americans putting off visits to their doctor or hospital.

Addiction and mental health crises have grown rapidly during the pandemic. Rates of suicide, depression and substance abuse are up. Children are expressing higher levels of loneliness, anxiety and neuroses. Following the European shutdown model again would only lead to more non-COVID excess deaths.

Furthermore, advances in treatment since the start of the pandemic have led, on average, to lower mortality rates and shorter hospitalizations, or at-home treatment for those who exhibit symptoms. One of these safe and effective treatments is FDA-approved hydroxychloroquine, a medication which concerned physicians have lobbied the federal government to make available over the counter in the U.S., just as it is in many countries around the world. There is no reason why the citizens of Poland, Iran, Indonesia, Turkey, Venezuela, the Philippines and others should have greater access to this inexpensive treatment than Americans.

Then there is the economic damage. The International Monetary Fund estimates the global cost of the pandemic at about $28 trillion. In the U.S., the number of long-term unemployed is rising, even as the economy gradually rebounds from its COVID-induced recession. There are about 7 million more people out of work now than prior to the pandemic, and the longer the laid off go without a job the harder it becomes for them to find one. The retail, hospitality and travel industries, along with thousands of businesses, have all been impacted, perhaps permanently, with economists predicting that the U.S. job market won’t recover until at least 2022.

Some limited initial lockdowns may have been a logical stopgap measure in the spring, when we were still learning about this highly infectious virus — not anymore.

America should lead with what it has learned. Whether it’s Donald Trump or Joe Biden, we should not follow the European lockdown model. The White House should take advice from those who have actually treated COVID-19 patients in clinical settings instead of trusting more failed models and made-for-media science. By choosing to follow the evidence and learning from experienced physicians, the U.S. can beat the pandemic, protect vulnerable groups and avoid subjecting Americans to Europe’s long, dark winter.