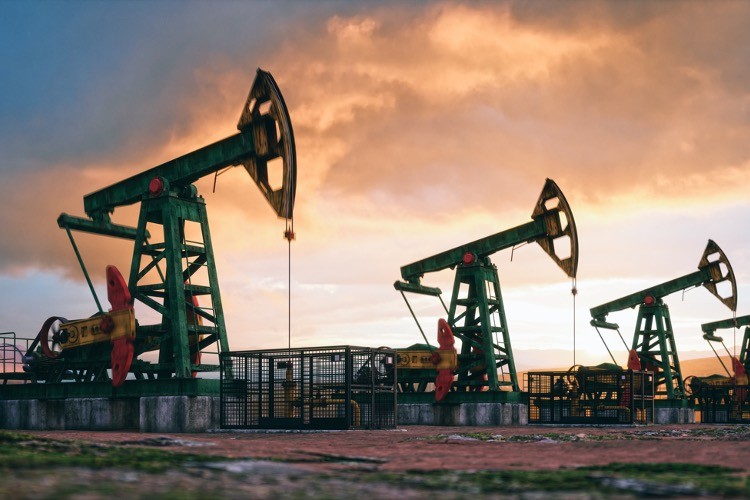 “At a time of war, refinery profit margins well above normal being passed directly onto American families are not acceptable,” Biden said in his letter to the executives of British Petroleum, Chevron, Marathon Petroleum, Phillips 66, Shell, Valero Energy, and Exxon Mobil. “There is no question,” Biden asserted in the letter, “that Vladimir Putin is principally responsible for the intense financial pain the American people and their families are bearing. But amid a war that has raised gasoline prices more than $1.70 per gallon, historically high refinery profit margins are worsening that pain.”

Ominously, Biden threatened to use “emergency authorities” if the companies do not follow his dictates. “Your companies and others have an opportunity to take immediate actions to increase the supply of gasoline, diesel, and other refined products you are producing,” Biden wrote. “My administration is prepared to use all reasonable and appropriate Federal Government tools and emergency authorities to increase refinery capacity and output in the near term, and to ensure that every region of this country is appropriately supplied.”

This is economic fascism.

It’s true that “fascist” is thrown around far too loosely in today’s political discourse, but, economically speaking, fascism is a form of socialism. (Adolf Hitler’s party was known as the National Socialist Party, and the systems in Italy under Benito Mussolini’s Fascist government and in Germany under Hitler were very similar.)

Under socialism, the government owns the means of production, whereas, under a fascist economic system, the government generally leaves ownership of businesses in private hands, but dictates prices and wages, hours, production levels, and even what is produced. In other words, as a business owner, you might retain title to your business, but the government tells you how to run your business. What Biden is threatening is certainly not free enterprise.

Biden is not the only American president who has threatened American business owners who did not comply with governmental dictates. For example, President John F. Kennedy bullied United States Steel to lower its prices in the early 1960s. During the administration of President Jimmy Carter, Congress passed the “Windfall Profits Tax” to punish oil companies for making what were considered too high profits.

Just recently, Biden issued an executive order under the Defense Production Act for American companies to use more production resources to increase the supply of baby formula. Of course, the policies of the federal government created the low supply of baby formula in the first place. Be that as it may, Biden used a law that was passed during the administration of President Harry Truman to allow the president to order private businesses to shift resources during a time of war. Such a takeover of private business is bad enough during wartime, but in Biden’s case, there was no war. The only action that government really needs to take to increase the production of a good that is in high demand is to get out of the way. Businesses are in business to make money. No one has to tell them to increase production when there are people who want to buy their product.

When Ronald Reagan became president in 1981, gasoline prices were quite high. He almost immediately used a law Congress had passed previously to end federal government control of oil prices. Oil companies raised prices at first and quickly increased production, which, as anyone with an elementary knowledge of economics understands, soon brought prices at the gas pump down for American consumers. Reagan did not threaten oil companies; he simply got out of their way.

In this present case, Biden is not only taking the opposite approach, he is being hypocritical.

As CNN anchor Berman told Granholm on his program New Day, the Biden administration has “made it clear from day one they want to transition America from reliance upon oil and gas, and they have even celebrated the current gas price crisis for accelerating that transition. But how can you simultaneously demonize oil companies and demand more oil production?”

In fact, John Kerry, Biden’s special envoy for climate, said just last week that “energy security worry is driving” the thinking that there is a need for additional drilling and for going “back to coal.” However, Kerry made it clear that he does not want additional drilling.

“No we don’t. We absolutely don’t,” Kerry insisted, adding, “we have to prevent a false narrative from entering into this.”

Bluntly put, it was the policies enacted by Biden and Kerry, coupled with sanctions on Russian oils and gas, that have caused the spike in oil and gasoline prices, not anything the big oil companies or Vladimir Putin have done. Some speculate that these policies were enacted because the Biden administration wants oil prices to go up so high that Americans will be willing to shift from gasoline and diesel to electric vehicles — all in the name of fighting “climate change.”

Berman asked Granholm, “Five years from now, 10 years from now, are you telling me you want them drilling for more oil? You want the refineries putting out more gasoline in five or 10 years?” Berman added, “Why would oil companies invest in producing more oil if such an investment will be turned to waste in just a few years?”

This is not a question of whether automobiles should be run by gasoline or electricity. The free market will make that decision. If electric cars become practical and affordable for the masses, then consumers will willingly switch over to them, away from petroleum-based energy.

But the Biden administration has decided that the federal government should simply dictate that transition, regardless of market considerations. That is economic fascism. And in this case, blaming oil companies, and threatening them, for a policy that they did not create, is the height of hypocrisy.