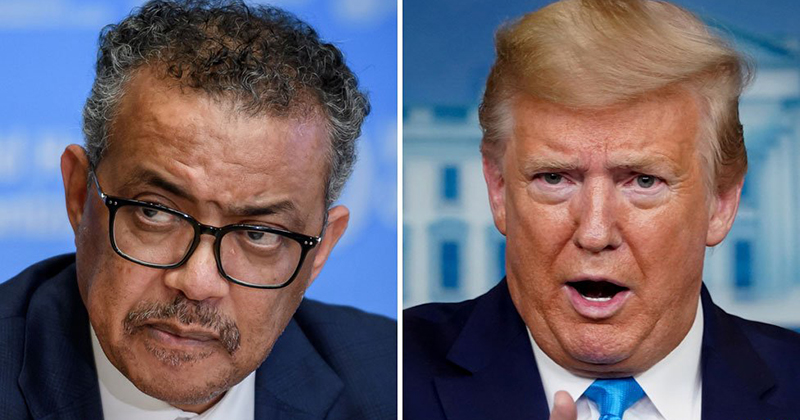 DISGUSTING WHO CHIEF
TELLS TRUMP TO BE QUIET,
”IF YOU DON’T WANT MANY MORE BODY BAGS”
BY STEVE WATSON
SEE: https://www.infowars.com/disgusting-who-chief-tells-trump-to-be-quiet-if-you-dont-want-many-more-body-bags/; republished below in full unedited for informational, educational and research purposes:
The head of the World Health Organization issued a tacit threat to President Trump Wednesday, after the latter threatened to withhold funding for the organization owing to its slow response to the coronavirus spread, and what Trump described as a ‘China-centric’ outlook.
Trump tweeted Tuesday that the WHO ‘really blew it’ when it came to the virus:

The W.H.O. really blew it. For some reason, funded largely by the United States, yet very China centric. We will be giving that a good look. Fortunately I rejected their advice on keeping our borders open to China early on. Why did they give us such a faulty recommendation?

191K people are talking about this
In his Wednesday press briefing, Trump followed up, stating ‘The WHO got it wrong, they got up very wrong. In many ways they were wrong. They also minimized the threat very strongly,”
Trump pointed to the WHO’s January announcement that there was no human-to-human transmission of the deadly disease:

Preliminary investigations conducted by the Chinese authorities have found no clear evidence of human-to-human transmission of the novel #coronavirus (2019-nCoV) identified in #Wuhan, #China 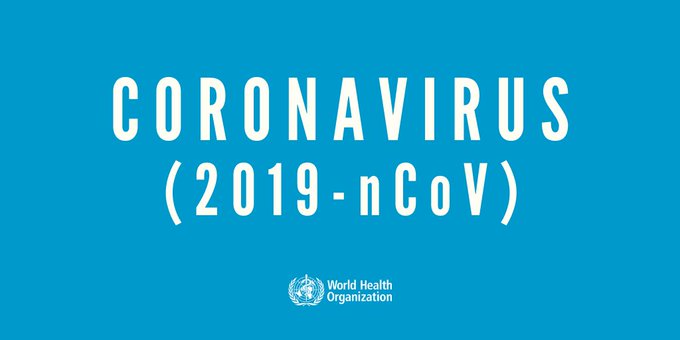 29.6K people are talking about this
He also blasted WHO chief Dr. Tedros Adhanom Ghebreyesu, calling him one of China’s ‘proxies’.
Adhanom hit back at Trump, saying “At the end of the day, the people belong to all political parties. The focus of all political parties should be to save their people, please do not politicize this virus.”
“If you want to be exploited and if you want to have many more body bags, then you do it. If you don’t want many more body bags, then you refrain from politicizing it.” Adhanom added, much to the disgust of many on a day when almost 2000 Americans died from the virus. 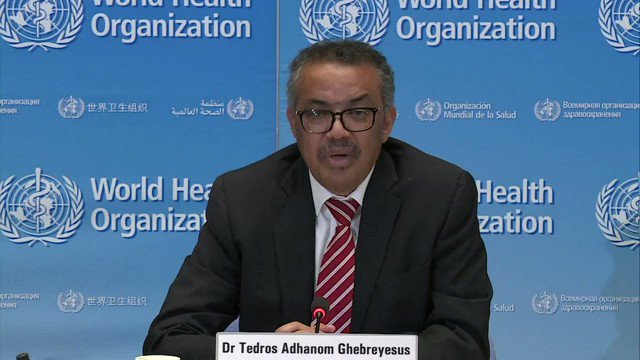 956 people are talking about this
“My short message is please quarantine politicizing COVID – the unity of your country will be very important to defeat this dangerous virus. Without unity we assure you even any country that may have a better system will be in more trouble. That’s our message,” the WHO chief continued.
He repeated the body bag threat, stating “We will have many body bags in front of us if we don’t behave,” adding, “When there are cracks at [the] national level and global level, that is when the virus succeeds.”
Tump responded, asserting “So when he says politicizing he’s politicizing, and he shouldn’t be.”
“I can’t believe he’s talking about politics when look at the relationship they have to China,” Trump added.
As we have previously highlighted, Tedros Adhanom Ghebreyesus has repeatedly parroted Chinese Communist Party talking points, constantly heaping praise on Beijing’s response to coronavirus, despite the fact that China hid the truth about its spread and viciously silenced scientists and doctors who tried to warn the world.
Adhanom is a former member of a violent revolutionary communist party in Ethiopia that denied emergency medical treatment to an ethnic group and he is accused of personally overseeing the extradition of dissidents who were later imprisoned and tortured.
As Tucker Carlson highlighted earlier this week, Adhanom “got his job with Chinese support after he covered up cholera outbreaks in his home country” of Egypt.
Adhanom has denied the allegation, which centered around claims he had downplayed cholera epidemics in Ethiopia in 2006, 2009 and 2011 by passing them off as “acute watery diarrhea,” a symptom of cholera.
______________________________________________________________
Trump Threatens to DE-FUND World Health Organization as Globalism COLLAPSES!
★★★ A NEW CONSERVATIVE AGE IS RISING ★★★
President Trump has in fact stated that he’s looking to defund the World Health Organization as GOP senators rally around his call to discipline this central globalist institution. We’re going to take a look at what Trump and the Republicans are proposing in terms of pulling funds from the WHO, and how it’s all just par for the course of the beginning of the end for other major globalist institutions in the midst of this pandemic; I think you’re going to love it!

April 9, 2020 John
THE CATHOLIC JESUIT UNIVERSITY CONNECTION:
SEE: http://www.louisjolietsociety.com/drag-queen-story-hour-brought-to-you-by-catholic-jesuit-marquette-university/
“And since Marquette University is now the vanguard of all things “progressive and social justicey,” the once-Catholic university is heavily vested in the success of the Cream City Foundation. Marquette hosted Cream City’s “State of the Foundation” event on campus in the spring of 2018. It is among the proud (?) sponsors of Cream City’s Business Equality Luncheon. And two Marquette administrators are members of the Board of Directors of the gay-activist organization.”

https://creamcityfoundation.org/dqsh/:
EXCERPTS:
“Drag Queen Story Hour is just what it sounds like–drag queens reading stories to children in libraries, schools, and bookstores.
DQSH captures the imagination and play of the gender fluidity of childhood and gives kids glamorous, positive, and unabashedly queer role models.
In spaces like this, kids are able to see people who defy rigid gender restrictions and imagine a world where people can present as they wish, where dress up is real.

A fun and entertaining way to educate all ages about progressive social justice & human growth and development issues through literature and reading.

WHO’s Dr. Michael Ryan Says They need to go into Your Home to Remove Family Members
WHO OFFICIAL’S THREATS TO REMOVE FAMILY MEMBERS FROM HOMES ILLUSTRATES WHY WE HAVE A SECOND AMENDMENT
SEE: https://reformationcharlotte.org/2020/04/08/who-officials-threats-to-remove-family-members-from-homes-illustrates-why-we-have-a-second-amendment/;

April 9, 2020 John
AFTER CLOSING HEALING ROOMS
AMID CORONAVIRUS, BETHEL CHURCH RE-OPENS ONLINE HEALING ROOMS
SEE: https://reformationcharlotte.org/2020/04/08/after-closing-healing-rooms-amid-coronavirus-bethel-church-opens-online-healing-rooms/; republished below in full unedited for informational, educational and research purposes:
One would think that a church that believes it has the power to supernaturally heal at will any disease or ailment would not close the doors to its “healing rooms” during a health pandemic that is wreaking havoc all over the world. But that’s exactly what Bethel Church in Redding California did.
Bethel Church in Redding, CA is pastored by Bill Johnson who claims to be an Apostle — that is, he claims Apostolic authority just like the twelve men during Christ’s time on Earth. Bethel Redding, like all cults, is filled with aberrant, unbiblical teachings and doctrines of demons, including false manifestations of the Holy Spirit, grave sucking, and the Prosperity Gospel.
The rooms were closed on March 7 according to the church’s website.

But, have no fear, because the healing rooms are back in full operation now — online. According to their website, the healing rooms are where “we pursue the Holy Spirit and His healing power in a special time of ministry,” and it’s “a place we see God bring life, wholeness, and love to those suffering from physical ailments.”
Also, according to their website, they are “joy-filled believers who see God bring complete restoration and healing. We see hundreds of people every week, and it’s incredible.”
Go figure. Seems if they had so much supernatural power, they wouldn’t need to bring this service online. But they don’t.
Whether it be one of their female pastors declaring that the coronavirus has already been defeated over month ago — which obviously didn’t come to pass — or them spending days trying to raise a two-year-old from the dead by practicing witchcraft, one thing is for sure, Bethel Redding is a cult that twists the Scriptures and practices divination that should be avoided at all costs and exposed for what they are.

VATICAN PRAISES CHINA FOR THEIR “HUMANITARIAN INITIATIVE” DURING THE CORONAVIRUS PANDEMIC

April 9, 2020 John
VATICAN PRAISES CHINA FOR THEIR “HUMANITARIAN INITIATIVE”
DURING THE CORONAVIRUS PANDEMIC
SEE: https://reformationcharlotte.org/2020/04/09/vatican-praises-china-for-their-humanitarian-initiative-during-the-coronavirus-pandemic/;  republished below in full unedited for informational, educational and research purposes:
Let’s just be clear, the blood of thousands upon thousands of people is on the hands of the Chinese Communist regime right now and the vast majority of the world knows this. Yet, that doesn’t stop the globalists who are in bed with the Chinese government from spreading their Communist propaganda and lies.
It is undoubtedly clear that the Roman Catholic Church is led by a globalist cabal that has absolutely nothing to do with the gospel, Christianity, or Jesus Christ — but it has one agenda, to advance a global world order that is devoid of a biblical worldview.
The Vatican recently issued a statement of praise to the Communist Chinese for their “humanitarian initiative” during the coronavirus crisis. Nevermind that the Communist regime regularly tears down churches and kills and imprisons Christians and has outlawed any meaningful form of biblical Christianity in the country altogether. The Chinese Communists are worthy of the “esteem and prayers of the Holy Father.”

In recent days, donations of health supplies have been received by the Vatican Pharmacy from China, in particular through the organizations of the Red Cross Society of China and the Hebei Jinde Charities Foundation , as an expression of the solidarity of the Chinese people and Catholic communities to those involved in the rescue of people affected by COVID-19 and in the prevention of the ongoing coronavirus epidemic.
The Holy See appreciates the generous gesture and expresses gratitude to the Bishops, the Catholic faithful, the institutions and all the other Chinese citizens for this humanitarian initiative, assuring them of the esteem and prayers of the Holy Father.
[00478-IT.01] [Original text: Italian]
[B0213-XX.01]

April 9, 2020 John
CORONAVIRUS PANDEMIC DEVASTATES
U.S. ECONOMY
The novel coronavirus continues to wreak havoc on health care workers in hot-spots, but it’s also placing a burden on economies in the U.S. and around the world. Former investigative journalist and the executive director of the National Republican Trust Scott Wheeler spoke with One America’s Stephanie Myers about the lasting effects.

Trump: ‘Not Fair’ China Pays ‘Fraction’ to WHO Compared to U.S. 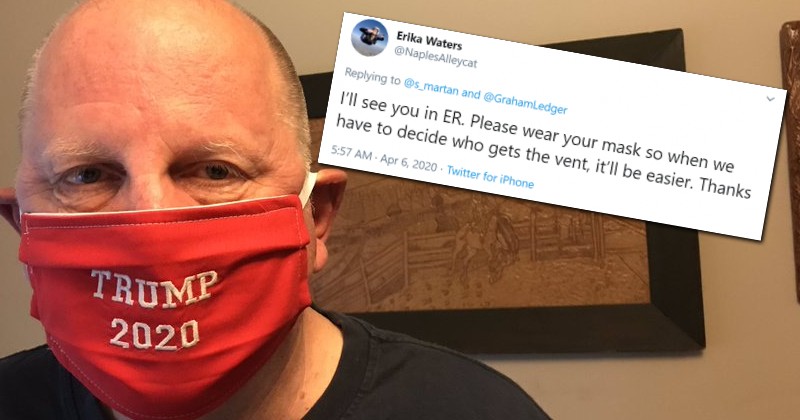 “We have to decide who gets the vent.” 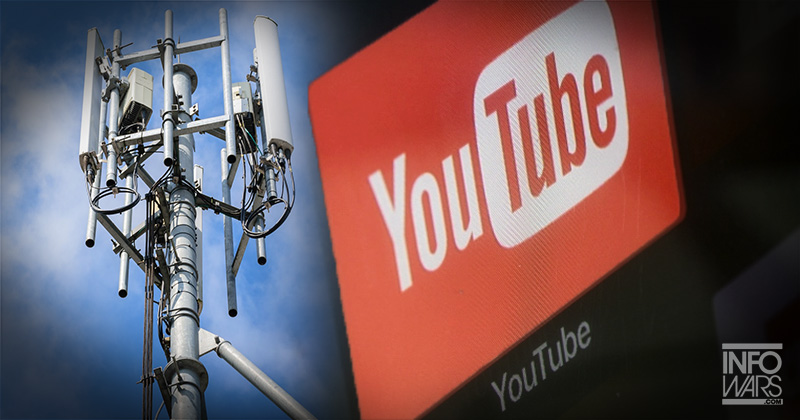