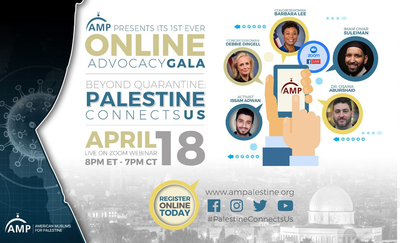 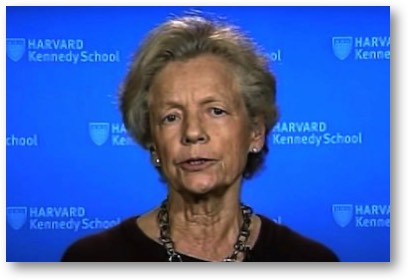 Harvard Prof Who Wants to BAN Homeschooling HUMILIATED as WHOLE WORLD is HOMESCHOOLING!!!
★★★ A NEW CONSERVATIVE AGE IS RISING ★★★
The Harvard Professor Who called for Homeschooling to be BANNED is suffering from some serious humiliation as WHOLE WORLD begins HOMESCHOOLING; that’s what we’ll be talking about on today’s video. We’re going to look at the latest example of liberals embracing ILLBERALISM with this call to ban homeschooling, and how it actually ends up showing how much leftist liberals at war with reality; you’re going to love it!

CALIFORNIA: GOVERNOR NEWSOM MASKS
$1 BILLION DEAL WITH CHINESE COMPANY; HIDES THE DETAILS, EVEN FROM
FELLOW DEMOCRATS
BY LLOYD BILLINGSLEY
SEE: https://cms.frontpagemag.com/fpm/2020/04/gavin-newsom-masks-1-billion-ppe-deal-chinese-byd-lloyd-billingsley; republished below in full unedited for informational, educational and research purposes:
“We’ve been competing against other states, against other nations, against our own federal government for PPE — coveralls, masks, shields, N95 masks — and we’re not waiting around any longer. And we’re no longer interested in the progress that we were seeing in the past.”
That was California governor Gavin Newsom in an April 7 MSNBC appearance with Rachel Maddow.  As Newsom added, “In the last 48 hours we have secured –through a consortia of nonprofits and a manufacturer here in the state of California – upwards of 200 million masks on a monthly basis that we’re confident we can supply the needs of the state of California, potentially the needs of other western states.”
As it happened, the manufacturer wasn’t exactly “here in the state of California.”  The manufacturer was BYD, “Build Your Dreams,” a Chinese company not known for making personal protective equipment. Newsom wasn’t revealing details of the $1 billion deal, which as John Myers of the Los Angeles Times noted, “will cost taxpayers 30 percent more than the governor’s January budget allotted for infectious diseases for the whole fiscal year.”
The day after Newsom’s MSNBC appearance, San Francisco Democrat Phil Ting, chairman of the Assembly Budget Committee, told reporters, “We don’t have any information as to how many masks we’re buying, who we’re buying them from, at what price. What are we obligated? For how long are we obligated?” Los Angeles Democrat Holly Mitchell, chairwoman of the Senate Budget Committee, fired off an official letter demanding details. Newsom wasn’t talking, which prompted an escalation.
“Perhaps it’s time for legislative leaders to dust off their rarely-used subpoena power,” the Sacramento Bee editorialized on April 22. The administration feared that “Trump might steal California’s equipment,” but that did not justify Newsom’s decision “to hide a taxpayer-funded contract from legislative leaders.”  Neither did the obfuscation account for “other reasons why the administration may wish to shield the contract from oversight.” Journalists and legislators alike should have seen this coming.
In March, as CalMatters noted, legislators “made $500 million available immediately and allowed Newsom to spend up to $1 billion total,” and unanimously passed two bills “waiving a requirement that legislation must be in print for three days before lawmakers can act.” Legislators also suspended public hearings for at least a month and floor votes for at least a month. As Republican assemblyman Jay Obernolte explained,  “We are placing an extraordinary degree of trust in Gov. Gavin Newsom.” The governor took full advantage, opting for BYD despite serious issues with the Chinese company.
BYD has “glaring red flags on its record, including a history of supplying allegedly faulty products to the U.S., ties to the Chinese military and Communist Party, and possible links to forced labor,” reported Daniel Newhauser and Keegan Hamilton of Vice News. The federal Food and Drug Administration gave the company emergency approval, even though BYD had been prohibited by law from bidding for some federal contracts and is involved in lawsuits with several states.
Newsom was not forthcoming about the deal’s details but it did emerge that California already sent the first installment of $495 million to BYD.  When reporters approached BYD, the Chinese company referred all questions to Newsom’s office. The governor’s deal with BYD was not the first time California politicians rejected American products and American labor in favor of China.
“California Turns To China For New Bay Bridge,” noted Richard Gonzalez of NPR back in 2011. On this key infrastructure project, “California avoided legal requirements to use domestic steel by not using federal funds for the job.” Since politicians seldom if ever turn down federal funds, they must have been determined to outsource the job to “a state-owned Chinese company, Shanghai Zhenhua Heavy Industries.” This was supposedly to save money, but it didn’t.
The bridge came in $5 billion over budget, a full 10 years late, and riddled with broken rods and faulty welds, all performed in China. Every one of the bridge’s 750 panels had to be repaired. The Grade BD Chinese steel was prone to embrittlement, and in 2013 dozens of the long metal rods on the project snapped. When apprised of the lingering safety issues, Gov. Jerry Brown famously said “I mean, look, shit happens,” with no second thoughts about California’s use of Chinese steel, faulty work by Chinese workers, fathomless waste and corruption, and the ensuing coverup by politicians.
Meanwhile, Jerry Brown’s successor Gavin Newsom rejects American products and labor to strike a $1 billion deal with BYD, a Chinese company with a record of faulty products, and as Oregon Democrat Peter DeFazio testified last year, “a company that is very heavily subsidized by the government of communist China.” If anybody believed Newsom should register as a lobbyist for BYD or an agent of China it would be hard to blame them.
Gov. Newsom told reporters his deal with BYD was “not political. This is not in any way, shape or form usurping or undermining.” If anybody believes that, Newsom has a bridge to sell them, not that anybody is buying these days.
The California economy is in freefall, and as Newsom said Wednesday, “there is no date for easing restrictions.”

Dr. Judy Mikovits – Part 3 | How Vaccines are a “Sacrament” of Big Pharma

POPE FRANCIS CALLS FOR SANCTIONS RELIEF FOR IRAN AFTER RECEIVING A REQUEST
FROM AN AYATOLLAH
BY CHRISTINE DOUGLASS-WILLIAMS
SEE: https://www.jihadwatch.org/2020/04/pope-calls-for-sanctions-relief-for-the-islamic-republic-of-iran-after-receiving-a-request-from-an-ayatollah; 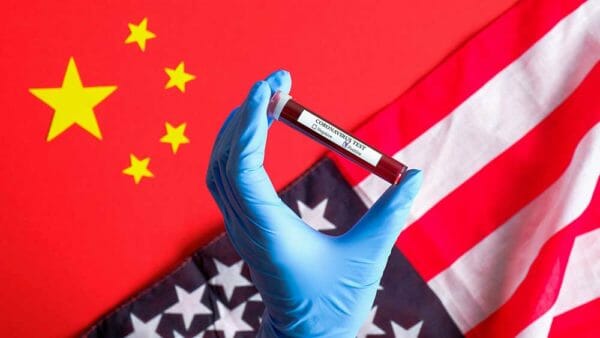 ANOTHER 4.4 MILLION FILE FOR UNEMPLOYMENT; TOTAL SINCE MARCH 1 NEARING 27 MILLION