RICHMOND, VIRGINIA SECOND AMENDMENT RALLY~NOT AN INSURRECTION LIKE THE LIBERAL MEDIA & GOVERNMENT WOULD HAVE YOU BELIEVE! 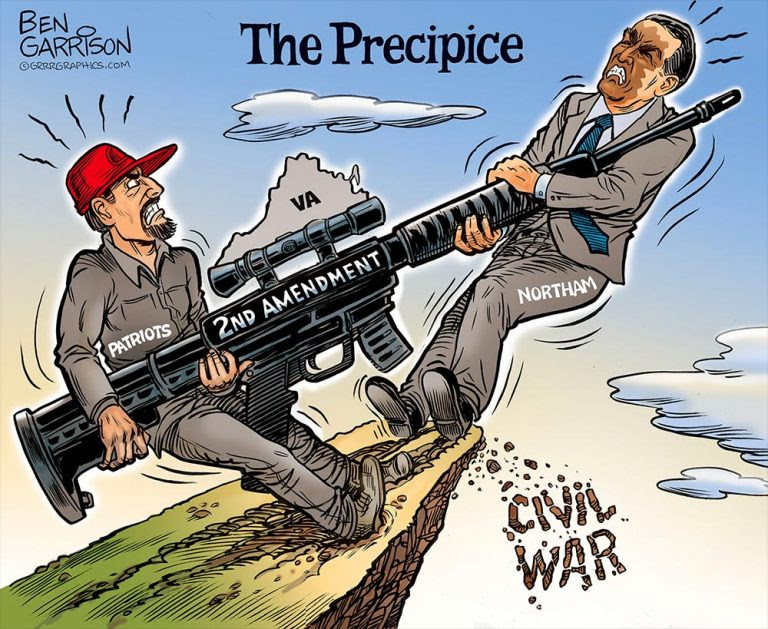 “This Capital belongs to the people of Virginia. Not the legislature, not the governor,” said Senator Newman.

Thousands have swarmed to Richmond for Virginia’s “Lobby Day” gun rights rally, taking place in Capitol Square. Demonstrators are preparing for “Lobby Day,” which is set to start at 11 a.m.

Jan. 20 is traditionally known as “Lobby Day” in Richmond, but with Governor Ralph Northam and a Democratic majority set to roll out tighter gun-safety legislation, those in favor of gun rights are turning out around the Virginia Capitol to press their case against it.

The numbers are in and law enforcement estimates 25,000 people attended Virginia Gun Rights Rally, ‘all peaceful’ that’s according to Gateway Pundit’s Cassandra Fairbanks. So a huge turn out despite Governor Blackface declaring a State of Emergency in Richmond ahead of the peaceful rally.
The VCDL Lobby Day gun rights rally protesting the unconstitutional gun laws being pushed in Virginia was a huge success. Great turnout, no violence, and a message was sent.
MUST SEE THIS VIDEO!
SEE ALSO:
https://www.thenewamerican.com/usnews/politics/item/34690-inside-the-crowd-at-the-richmond-gun-rally