December 6, 2016 John
WHEN TRUTH IS AUTOMATICALLY DEEMED FAKE NEWS BY THE LIBERALS The left-wing elites and their running dogs in the enemedia are in one of their fictional publicity campaigns that they masquerade as urgent news. Their latest terror is “fake news sites.”

The New York Times reported shortly after the election that Google and Facebook “have faced mounting criticism over how fake news on their sites may have influenced the presidential election’s outcome.”
That was fake news in itself: “fake news” didn’t influence the presidential election’s outcome, all too real news about the wrong direction in which our nation was headed under Barack Obama did. Nevertheless, the Times said that “those companies responded by making it clear that they would not tolerate such misinformation by taking pointed aim at fake news sites’ revenue sources.”
How would they do that? “Google kicked off the action on Monday afternoon when the Silicon Valley search giant said it would ban websites that peddle fake news from using its online advertising service. Hours later, Facebook, the social network, updated the language in its Facebook Audience Network policy, which already says it will not display ads in sites that show misleading or illegal content, to include fake news sites.”
A Facebook spokesman explained: “We have updated the policy to explicitly clarify that this applies to fake news. Our team will continue to closely vet all prospective publishers and monitor existing ones to ensure compliance.”
The “fake news” controversy has become a huge international story, with the Los Angeles Times among those leading the charge with headlines such as “Want to keep fake news out of your news feed? College professor creates list of sites to avoid”; “Fake news writers: ‘Hillary Clinton, here are your deplorables’”; and “Fake news writers abuse the 1st Amendment and endanger democracy for personal profit.”
There is conspiracy theory and there is conspiracy fact, and what we have on our hands is one mother of a left-wing conspiracy parading as a right wing conspiracy. You can’t make this stuff up. It’s diabolical. In the run-up to the election, I reported on a number of fake conservative new sites created by left-wing operatives in order to discredit the conservatives’ news sites. If you have a bogus conservative site, it makes a conservative site look questionable. “News sites” like the Baltimore Gazette and the National Report were dropping hoaxes for months to discredit conservatives who might pick up the story.
I always understood that the objective was to taint the conservative news sphere. Sites were created to spread disinformation and shame the right-wingers who jumped on it. This is classic disinformation. It’s always games, games, games… from the people who brought you Soros’ rent-a-mob — rioting, looting and destruction in cities, etc. even going so far as to risk a few deaths all for the cause. But what I didn’t see coming is their ultimate goal: the shut-down of free speech. The left wants to crush free speech, which has been in their cross-hairs for some time now.
The left is always preaching about true democracy, but they seize power as fast and as ruthlessly as they can. And they’re always harping about “controversial” matters that either don’t exist or are fabricated, or are of little import.
If a blogger or news writer gets a story wrong, does that designate him or her, or his or her site, as “fake news”? If that’s the case, they’ll have to shut down the New York Times, the Los Angeles Times, the Boston Globe, ABC News, NBC News, CBS News, CNN, etc. They get things wrong all the time. Every article written about my colleagues, my work, or myself is fake. Most of what they wrote and didn’t write about the Orlando mass slaughter at the gay nightclub was disinformation and deception.
If you issue a correction, does that somehow remove the fake news scarlet letter? This is all a big fat lie — it is an end-run around the First Amendment, and it’s disastrous. It is indeed true that Facebook has too much power, but banning “fake news” sites is hardly the solution. That’s Zuckerberg’s fix-it? It would be funny if it weren’t so Hitlerian. Facebook has too much power. Its news curators, mini-Goebbelians — are more frightening than Kafka’s antagonists. Facebook should be broken up like Ma Bell was. Facebook doesn’t decide what’s good and what’s forbidden. Left-wing fascists do not and must not decide what news people can and cannot see. But that’s exactly what we are seeing on Facebook.
_______________________________________________________
Google Black Lists InfoWars as Fake News
PAUL WATSON OF INFOWARS: FAKE NEWS & OBAMA
Infowars Reporters Destroy “Fake Media” Lies

IRAN’S ROUHANI DEMANDS THAT OBAMA BLOCK IRAN SANCTIONS LAW EXTENSION
BY PAMELA GELLER
SEE: http://pamelageller.com/2016/12/rouhani-demands-obama-block-iran-sanctions-law-extension.html/; republished below in full unedited for informational, educational, and research purposes:
The Senate voted 99-0 to extend sanctions. Now Rouhani is demanding that his servant Obama jump to do his bidding and block the new sanctions. But Rouhani’s time as master of the U.S. administration is running out: Trump is coming.

Iran urged Barack Obama to block a law that would extend the U.S. president’s authority to impose sanctions on the Islamic Republic, calling it a violation of the Iranian nuclear deal.
On Thursday, the Senate voted 99-0 to extend the Iran Sanctions Act, which authorizes a president to prevent investment in Iran’s energy sector and other sensitive industries. While Obama has waived most sanctions under the nuclear accord, congressional leaders said keeping them in reserve provides valuable leverage against Iran. White House spokesman Eric Schultz said the bill won’t interfere with the U.S.-led nuclear agreement and he expected the president to sign it.
“If this law is implemented it will be a blatant violation of the Iran deal and it will lead to our resolute answer,” Iranian President Hassan Rouhani told parliament on Sunday.
In response to the Senate vote, more than 260 members of Iran’s 290-seat parliament have called on Rouhani’s government to take unspecified reciprocal action against the U.S., Ahmad Amir-Abadi Farahani, a member of parliament’s presiding board, said in a statement cited by the official Islamic Republic News Agency.
Lawmakers interrupted Rouhani’s appearance in parliament, which was broadcast live on state television. Some briefly chanted “Death to America” when the president spoke about the Iran Sanctions Act and mentioned Obama, defying calls for calm from parliament speaker Ali Larijani….

END OF THE DARK AGE: TRUMP TO RESTART SPACE EXPLORATION RATHER THAN FUND CLIMATE HOAX

The president elect could put men on the moon once again – and use money from the climate change budget to do it
By Jeff Parsons, The Mirror, November 23, 2016 (thanks to Van):
Sending Americans back to the moon could also hinge on the appointment of Newt Gingrich, a high-profile Republican, to a top job at NASA.
Gingrich has been a vocal supporter of returning to the moon and has even spoken in the past about creating a permanent base there. He says that such a settlement could sustain around 13,000 people and possibly even become a new American state .
However, investing in a moon mission is likely to divert funds from NASA’s Earth Sciences division which researches climate change.

The division has received a 50% funding increase since president Obama took over. This year it received $1.92 billion at the same time as Obama proposed cutting funding for deep space exploration.
The Donald’s views on climate change are no secret. He has referred to it in the past as a Chinese hoax and claimed it was invented to limit American manufacturing and growth.
Therefore, it’s not much of a stretch to see NASA’s budgets and priorities overhauled during the Trump administration with a focus to putting astronauts back on the moon.

Speaking to The Telegraph , a former congressman who has advised Trump on space policy called NASA a “logistics agency concentrating on space station resupply and politically correct environmental monitoring.”
Bob Walker said that the incoming administration would “start by having a stretch goal of exploring the entire solar system by the end of the century.”
“You stretch your technology experts and create technologies that wouldn’t otherwise be needed. I think aspirational goals are a good thing. Fifty years ago it was the ability to go to the moon.” 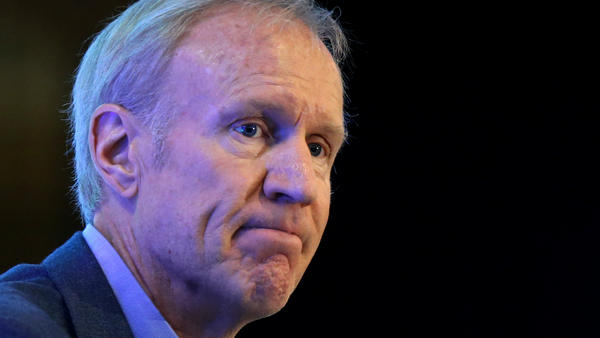 MY CASE AGAINST IMMIGRATION! BY DON BOYS, PH.D.~OBAMA OPENS BORDER TO ILLEGALS; FAILS TO VET IMMIGRANTS AGAINST FBI DATABASE