TRUMP: JAPANESE FIRM TO INVEST $50 BILLION IN THE U.S. Published on Dec 6, 2016
Alex Jones breaks down how Masayoshi Son, the brash billionaire who controls Sprint Corp., said Tuesday he would invest $50 billion in the U.S. and create 50,000 new jobs, following a 45-minute private meeting with President-elect Donald Trump.

Donald Trump Appeares With SoftBank CEO
Masayoshi Son In The Lobby Of Trump Tower
TRUMP: JAPANESE FIRM TO INVEST
$50 BILLION IN THE U.S.
BY PAMELA GELLER
SEE: http://pamelageller.com/2016/12/trump-japanese-firm-invest-50-billion-united-states.html/; republished below in full unedited for informational, educational, and research purposes:
Of course, the enemedia is running dog down, deriding him. With every victory they become more vicious (if that’s possible) and vindictive.

by Jill Disis and David Goldman, CNN, December 6, 2016:
President-elect Donald Trump is claiming credit for a $50 billion investment in the United States by a Japanese tech conglomerate — a deal he says wouldn’t have happened without him.
The company, Softbank, hasn’t given details. But in October, weeks before the election, Softbank and the government of Saudi Arabia agreed to form a $100 billion fund to invest in technology companies around the world.
Trump tweeted the news Tuesday afternoon: “Masa (SoftBank) of Japan has agreed to invest $50 billion in the U.S. toward businesses and 50,000 new jobs,” he wrote. “Masa said he would never do this had we (Trump) not won the election!”
At about the same time, the president-elect made a brief appearance with Softbank (SFTBF) CEO Masayoshi Son at Trump Tower.

Softbank has huge stakes in wireless, broadband, internet, e-commerce, chip making and gadget businesses. It’s one of the largest telecommunications companies in Japan, and it was the first Japanese cell phone carrier to sell the iPhone.
Softbank bought 70% of Sprint for $20 billion in 2012. It also has enormous stakes in the Chinese e-commerce giant Alibaba, Yahoo Japan and smartphone chip designer ARM. And it has partnered with Foxconn on its robotics business, most notably making Pepper, the robot pal that learns to love people.

Son, the company’s idiosyncratic CEO, put together a 300-year plan for Softbank that calls for it to help permanently break down language barriers and allow people to communicate telepathically. 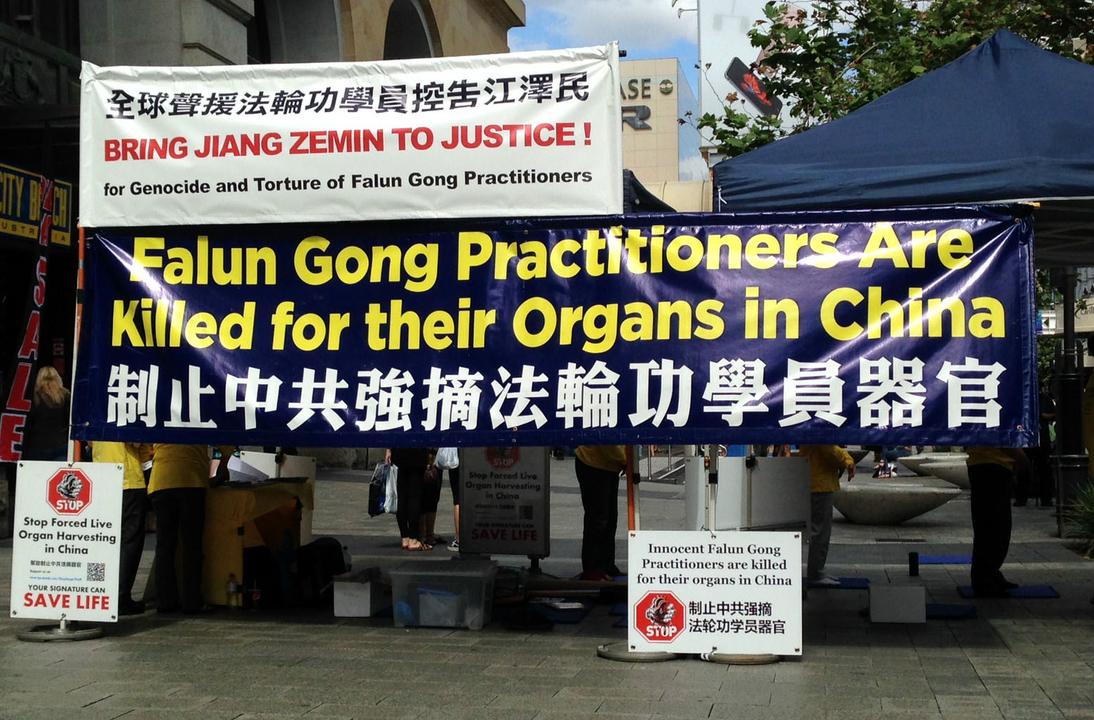 CHINA’S FORCED ORGAN HARVESTING EXPOSED
SEE: http://www.infowars.com/five-pieces-of-indisputable-evidence-of-forced-organ-harvesting-of-falun-gong-practitioners-in-china/
Published on Dec 7, 2016
Activist Mitchell Nicholas Gerber has dedicated his life to expose and help stop the Most brutal persecution and Human rights atrocity in Modern history: The State Mandated and State Endorsed Forced LiVE Organ Harvesting of the Falun Gong spiritual movement; where up to 1.5 MILLION practitioners of this spiritual mind and body practice have been murdered, since 1999 in China, sent to 36 death camps and over 700 hospitals; where their bodies are cut open while ALIVE; organs removed and sold; and the Falun Gong practitioners’ bodies are burned in ovens to conceal this horrific atrocity. He leaves no name, and seeks no reward; all he wants is for people to know about this human rights violation and become aware and lend their support and consciousness to stopping this barbaric and inhumane atrocity that will soon leave the worlds’ people numb, soul stirred and shocked that this has been going on for the last 16+ years! To fail to support the Good and To fail to expose the Evil in this world is Unacceptable.

December 7, 2016 John
TRUMP’S ENERGY REVOLUTION TO PULL PLUG ON GREEN SUBSIDIES
Published on Dec 6, 2016
Infowars reporter Millie Weaver interviews Timothy Ball, PhD. at the “Global-Warming; an Inconvenient Lie” conference in Phoenix, AZ. Next week he will be meeting with Myron Ebell, who is heading Trump’s EPA Transition. Timothy Ball gives a preview to key issues he will be discussing with and Myron Ebell. He conveys that the meeting will center around defunding green energy subsidies and redirecting the EPA’s focus away from so-called “man-made” climate change to more immediate and verifiable environmental concerns such as water contamination.

TRUMP: “CANCEL ORDER” FOR NEW AIR FORCE ONE PLANE; SAVE $4 BILLION~MEDIA ATTACKS HIM FOR IT

December 7, 2016 John
TRUMP: “CANCEL ORDER” FOR NEW AIR FORCE ONE PLANE; SAVE $4 BILLION~MEDIA ATTACKS HIM FOR IT

FOR POSTING PICTURE OF MIGRANT RAPIST

BY PAUL JOSEPH WATSON
SEE: http://www.infowars.com/hate-speech-facebook-bans-german-woman-for-posting-picture-of-migrant-rapist/; republished below in full unedited for informational, educational, and research purposes:
After an Afghan migrant raped and killed a 19-year-old woman in Germany, Facebook responded by banning a German woman for “hate speech” because she posted a picture of the murderer.
Hussein K., a 17-year-old Afghan asylum seeker, was arrested on Friday on suspicion of rape and murder after a sample of his hair was found at the crime scene in Freiburg.
His victim, 19-year-old medical student Maria Ladenburger, was cycling home after a party when she was ambushed, raped and then drowned in a nearby river.
The incident has prompted uproar in Germany, with the country currently suffering an explosion of rapes and violent crimes since its borders were opened to migrants last year.
A reader contacted us to report that she had found the Facebook profile of the alleged killer (here it is, but don’t expect it to stay up long).
“He looks lifeless. His stare is blank. All I can see is hatred. But when I scrolled down, I saw a shocking post. He posted a picture of a vicious wolf that is holding a fragile white woman. It looks like he is about to rape the women and then rip her apart. Just like he did it to his victim,” Lena Kirschbaum told us in an email.

As you can see below, the Facebook profile picture is identical to the image of “Hussein K.” that was released by police to the media.

After Kirschbaum began posting a link to the Facebook profile in comment sections with the words, “Maria’s murderer,” her account was banned by Facebook. The reason? She had violated “hate speech rules” by posting the picture of the killer.
Kirschbaum was banned despite the fact that the picture had already been circulated in news reports about the incident, albeit blurred or blacked out over the perpetrator’s eyes.
The ban is chilling yet unsurprising given how Facebook is openly working with the German government to censor criticism of the migrant crisis under the guise of preventing “hate speech”.
Last year, it emerged that the German government and Facebook were working with an organization led by an ex-Stasi agent to oversee a new program to identify “xenophobic” posts made on the social networking website and punish people who make them with fines and jail sentences.
In the aftermath of the rape and murder of the 19-year-old student, the German government responded by cautioning angry Germans not to incite violence against Muslims.
“Such horrible murders already happened before the first Afghan or Syrian refugee arrived here,” Vice Chancellor Sigmar Gabriel told the Bild newspaper. “We will not allow incitement after such violent crimes, no matter who commits them.”
In a related story, the European Union is now demanding that Facebook, Twitter and YouTube censor “illegal hate speech” and “fake news” within 24 hours of it being reported.
Apparently, accurately reporting the identity of a rapist murderer after his image has already been publicly revealed now constitutes “hate speech,” according to Facebook.