MEET OUR NEW SECRETARY OF DEFENSE, GENERAL JAMES MATTIS, “THE CLOSEST THING WE HAVE TO GENERAL GEORGE PATTON” 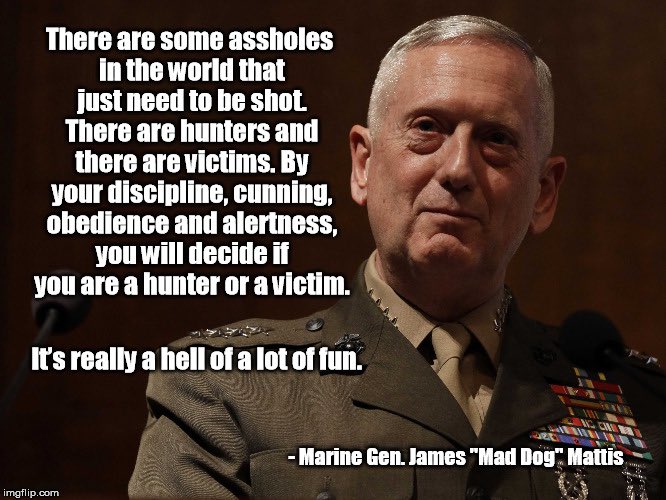 MEET OUR NEW SECRETARY OF DEFENSE, GENERAL JAMES MATTIS,
“THE CLOSEST THING WE HAVE TO GENERAL GEORGE PATTON”
BY PAMELA GELLER
SEE: http://pamelageller.com/2016/12/general-james-mattis.html/;

SLOVAKIA PASSES LAW TO BAN ISLAM FROM BEING REGISTERED AS A RELIGION
BY PAMELA GELLER
SEE: http://pamelageller.com/2016/12/slovakia-passes-law-ban-islam-registered-religion.html/; republished below in full unedited for informational, educational, and research purposes:
Slovakia is not wrong.
Islam is much more than just a religion. Islam a comprehensive system — political, military, legal, religious and dietary.
Unlike Canon Law, which pertains only to Catholics, and Jewish law, which  pertains only to Jews, Islamic law asserts its authority over non-Muslims (which is why non-Muslims and secular Muslims are persecuted, oppressed and slaughter in countries under sharia law).
The sharia dictates every basic aspect of human life. There can be no separation of mosque and state. Mosque is state.

EU MIGRANT FALLOUT: SLOVAKIA PASSES LAW TO BAN ISLAM FROM BEING REGISTERED AS A RELIGION

SLOVAKIA has passed a law which will effectively ban Islam from gaining official status as a religion, in the latest signs of a growing anti-Muslim sentiment across Europe.By Rebecca Perring, Daily Express, Dec 1, 2016 (thanks to Christian):

The legislation hints at a dramatic changing attitude towards the religion in the past year across the continent, which has struggled to stem the escalating migrant crisis.The former communist state has fiercely resisted European Union (EU) efforts to cope with an influx of migrants travelling into Europe by turning its back on the bloc’s introduction of migrant quotas.But prime minister Robert Fico’s government has repeatedly said Islam has no place in Slovakia.Attitudes toward the religion appear to reflect fear of so-called Islamization. 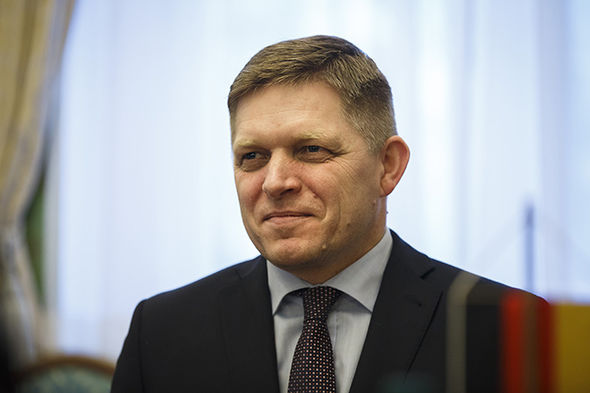 Parliament adopted a bill sponsored by the Slovak National Party (SNS), which requires a religion to have at least 50,000 members, up from 20,000, to qualify for state subsidies and to run its own schools.The change will make it much harder to register Islam, which has just 2,000 supporters in Slovakia according to the latest census and no recognized mosques.The Islamic Foundation in Slovakia estimates the number at around 5,000.The SNS said the new law was meant to prevent speculative registrations of churches, such as the satirical Church of the Flying Spaghetti Monster, which has amassed followers world wide.SNS chairman Andrej Danko said:“We must do everything we can so that no mosque is built in the future.”

MARK DICE: MILITARY INTELLIGENCE WANTS TO TALK TO HIM ABOUT HIS YOUTUBE CHANNEL & VISIT HIS OFFICE TO “LEARN” ABOUT HIS WORK!

December 2, 2016 John
MARK DICE: MILITARY INTELLIGENCE WANTS TO TALK TO ME ABOUT MY YOUTUBE CHANNEL
THEY WANT TO SPEND A FEW DAYS AT HIS OFFICE TOO,
TO LEARN HOW HE DOES WHAT HE DOES!
Published on Dec 1, 2016
A U.S. Military inteligence group wants to study me and my YouTube channel to figure out why I’m so popular. United States Special Operations Command reached out to me requesting to send a team of researchers to my studio to watch me work for days, and to talk with me about my popularity.

REPORT: 15 ELECTORS WILL REFUSE TO VOTE FOR TRUMP

December 2, 2016 John
REPORT: 15 ELECTORS WILL REFUSE TO VOTE FOR TRUMP

BY PAUL JOSEPH WATSON
SEE: http://www.infowars.com/report-15-electors-will-refuse-to-vote-for-trump/; republished below in full unedited for informational, educational, and research purposes:
In a sensational new development, TV host David Pakman says he was told by a high level source that 15 electors in states Trump won will refuse to vote for Donald Trump.
Pakman went on to say that the electors are also lobbying other members of the electoral college to not vote for Trump.
The goal is to prevent Trump from getting the 270 electoral votes he requires to become president.
If Trump loses 37 electoral votes, it will put him under the 270 benchmark and throw America into a constitutional crisis.
This would be totally unprecedented, and it’s a long shot, but it illustrates the left’s desperation to do anything to sabotage Trump.
Could 15 or more electors really be planning to defy the democratic will of the American people – over 62 million of whom voted for Trump?
Watch the video above for more information on this bombshell story.
Share this video: https://www.youtube.com/watch?v=_vQiW9Yu0eU