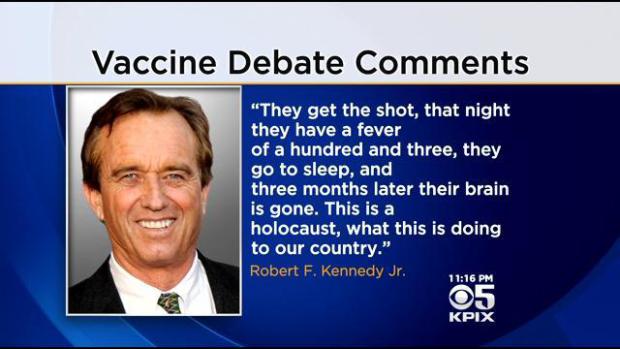 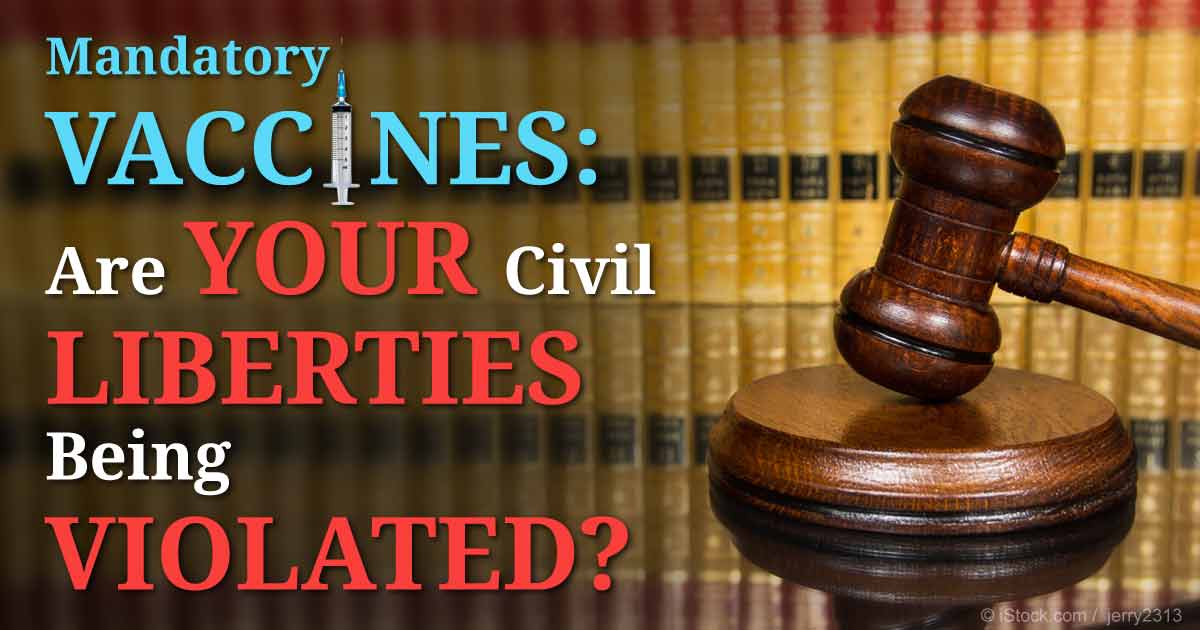 BY KELEN MCBREEN
SEE: https://www.infowars.com/fda-threatens-to-enforce-mandatory-vaccination-laws-countrywide/; republished below in full unedited for informational, educational and research purposes:

US Food and Drug Administration (FDA) Commissioner, Dr. Scott Gottlieb, warned Tuesday that the agency might have to step in and override state laws allowing unvaccinated children to attend public schools.

This would be a major move considering nearly every state grants religious exemptions and 17 states allow philosophical exemptions.
“Some states are engaging in such wide exemptions that they’re creating the opportunity for outbreaks on a scale that is going to have national implications,” Gottlieb said in an interview with CNN.
If “certain states continue down the path that they’re on, I think they’re going to force the hand of the federal health agencies,” he continued.
The threat comes as mainstream media hypes measles outbreaks and continually blames “anti-vaxxers” for the spread of the infectious disease.
David Knight showed how measles used to be a common, non-threatening medical issue and is now being portrayed as the next bird flu or mad cow disease type of media manufactured national crisis.
Gottlieb looks to eliminate all religious and philosophical exemptions as he is reportedly “deeply skeptical” of anything other than a medical exemption.
“You could mandate certain rules about what is and isn’t permissible when it comes to allowing people to have exemptions,” Gottlieb explained.
While politicians move to force vaccinations on the public, social media giants and big tech internet censors are purging anti-vaccine content.
On Wednesday, top social media site Pinterest announced a ban on any vaccine-related searches whatsoever.
The Hill writes:

Pinterest has blocked all vaccine-related searches on the social media platform in an effort to combat the “misleading content” of the anti-vaccination movement, a spokesperson said Wednesday. Speaking in an appearance on CNBC, a spokesman for the online pinboard said it implemented the ban on the searches until it can come up with a more permanent strategy to tackle content attempting to discredit vaccinations.


HE’LL “FORCE THE HAND OF THE FEDERAL GOVERNMENT”

(BUT HE HAS NO AUTHORITY)

FDA Boss to States: Eliminate Vaccine Exemptions, or Else

FROM: https://upclosed.com/people/scott-gottlieb/; republished below in full unedited for informational, educational and research purposes:
Scott Gottlieb is an American physician and conservative health policy analyst. He is a clinical assistant professor at New York University School of Medicine, a resident fellow at the conservative American Enterprise Institute, and an internist at Tisch Hospital.

Prior to attending medical school, Gottlieb worked as a healthcare analyst at the investment bank Alex. Brown & Sons in Baltimore.
He completed a residency in internal medicine at the Mount Sinai Medical Center in New York and is a graduate of the Mount Sinai School of Medicine of the New York University and of Wesleyan University, in Middletown, Connecticut, where he studied economics.

Gottlieb has worked in multiple roles for the Federal government of the United States, including Deputy Commissioner for Medical and Scientific Affairs at the U.S. Food and Drug Administration (FDA), in which capacity he served from 2005 to 2007. He helped initiate the early development of FDA’s generic drug user fee program and the Agency’s release of the Physician Labeling Rule. He also worked on development of the FDA’s policies related to the tentative approval of fixed dose combination drugs for the treatment of HIV/AIDS under the PEPFAR program. He was appointed to the Senior Executive Service and granted a top secret security clearance during his appointment as FDA’s Deputy Commissioner for Medical and Scientific Affairs. He was also as a member of the White House Biodefense Interagency Working Group, which was convened after the September 11, 2001 attacks to help draft a strategic plan for the development of U.S. biodefense countermeasures. While working for the FDA, Gottlieb had to recuse himself from working on planning for a possible bird flu epidemic due to his ties to pharmaceutical companies. Before becoming the FDA’s Deputy Commissioner, Gottlieb served as a senior advisor to the FDA Commissioner and as the FDA’s Director of Medical Policy Development.
In 2013, Gottlieb was appointed by the Senate Minority Leader Mitch McConnell to serve as a member of the Federal Health IT Policy Committee which advises the U.S. Department of Health and Human Services and is responsible for making recommendations on the meaningful use standards as part of the HITECH Act. In 2016 members of President-elect Donald Trump’s transition team said Trump was considering Gottlieb to head the FDA as its Commissioner. Gottlieb worked as an advisor to, and then a member of the Trump Transition Team starting from the Summer of 2016. He was previously a Senior Advisor to the 2016 Presidential campaign of Wisconsin Governor Scott Walker.
He has testified as an expert witness before committees of the United States House of Representatives and the United States Senate on issues related to FDA regulation, healthcare reform, and medical innovation. Gottlieb is on the editorial board of the Food and Drug Law Institute’s publication Food and Drug Policy Forum.

Gottlieb is a member of the Public Policy Committee to the Society of Hospital Medicine, is an adviser to the National Coalition for Cancer Survivorship, and is a member of the editorial board of the Food and Drug Law Institute’s Policy Forum. He is a venture partner at New Enterprise Associates, and is an independent director at Tolero Pharmaceuticals, and Daiichi Sankyo Inc, and a member of GlaxoSmithKline’s product investment board. He is also a partner at T.R. Winston, a Los Angeles-based merchant bank with a focus on healthcare.
He has also worked as a senior policy advisor to the Administrator at the Centers for Medicare & Medicaid Services, where he worked on implementation of the Medicare Prescription Drug, Improvement, and Modernization Act and the Medicare Part D drug benefit, and helped advance the agency’s coverage policies related to new medical technology. Gottlieb was previously on the policy board to the Leukemia and Lymphoma Society and an advisor to Cancer Commons.