Is There a Connection Between China and the Biden Classified Documents?

GLENN BECK: What Everyone Is MISSING in Biden’s Classified Documents Scandal

New York Times Signals That the Left Is Through with Biden~Ron Klain, Joe Biden’s Chief of Staff, Reportedly to Step Down

The New York Times has long ago abandoned any pretense of being an actual news source and has settled into its role as the foremost propaganda arm of the hard Left, capitalizing upon the fact that there is still a considerable number of people in the U.S. and around the world who still think that the Times can be trusted to report events impartially and accurately. In reality, the only thing the Times is good for is revealing what the political and media elites are thinking, and a Friday opinion piece dropped a bombshell, in the Times’ muted, bloodless Voice-of-the-Ages manner: the Leftist establishment is through with Old Joe Biden. Watch for him to be replaced as the Democratic presidential nominee in 2024, and he could be gone even sooner.

The author of the “Guest Essay” was Jonathan Alter, a respected far-Left intellectual who has written hagiographic biographies of some of the Left’s foremost saints, Franklin D. Roosevelt, Jimmy Carter, and Barack Obama. But don’t expect Old Joe to take his place as the fourth member of Alter’s personal woke Mount Rushmore anytime soon: Alter once admired the serial liar who is currently pretending to be president but no more. The classified documents scandal has the Leftist “historian” searching for a new hero.

Alter begins by lamenting past glories: “Remember the iconic image of a smiling Joe Biden in his 1967 Corvette Stingray? It conjured charming Uncle Joe, a retro-cool guy who’d been around the track and knew how to handle it.” But all that is gone now: “Four months after President Biden called Donald Trump’s mishandling of classified documents ‘irresponsible,’ that vintage car — parked at the president’s home in Delaware next to his own boxes containing classified material — has been transformed into a shiny symbol of hypocrisy. If you went into a G.O.P. whataboutism lab and asked for a perfect gaffe, you’d come out with the president snapping last week to a Fox News reporter, ‘My Corvette is in a locked garage.’ Well, the storage room at Mar-a-Lago is locked, too.” Ouch!

Alter quickly takes pains to reassure his easy marks, that is, New York Times readers, that he is certain that Biden’s classified documents scandal is trivial compared to Trump’s but laments that the general public is too stupid to recognize this: “Many voters with better things to do with their time than parse the nuances of presidential record keeping may casually conclude that both men are careless, lying politicians.” Or even, perish the thought, that one of them is the target of a relentless and now eight-year-long witch hunt, while the other gets protection from compromised, corrupt, relentlessly politicized government agencies.

But the real problem with Biden’s documents scandal, according to Alter, is that it torpedoes the faux president’s chances of reelection. Alter may be looking for a side hustle as a stand-up comedian, as he writes, presumably with a straight face, that the astonishingly corrupt, morally compromised, venal, cheerfully mendacious individual who postures as president in his Potemkin Oval Office has now harmed his “core political brand of honor and decency.” And so Old Joe has to go: Biden’s “sharp ethical contrast” (stop laughing!) “with Mr. Trump has been dulled,” and this “complicates the president’s expected re-election campaign — and could even short-circuit it.”

Alter tells us this despite the fact that he obligingly avows that Biden’s core constituency is made up of people who are so gullible that they still fall for Old Joe’s act: “Most Democrats still think Mr. Biden is honest, and they view his accomplishments on the economy, climate, infrastructure and defending democracy as far more significant than this lapse.” Skyrocketing inflation? Rapidly creeping authoritarianism and sinister efforts, unprecedented in American history, to frame his principal opponent for a crime and criminalize political dissent? A fictional Southern border? Forget it all! Old Joe has “accomplishments”!

Of course, Jonathan Alter would also have you believe that “the Obama-Biden administration set an exceptionally high ethical standard and usually met it,” and postures about “Mr. Obama’s scandal-less White House” without mentioning the fact that the Chicago Saint had a “wingman” for an attorney general and a cachet as the first black president that meant that he would never be prosecuted no matter what he did, even supply weapons to drug cartels. Alter’s shoddy reasoning and reflexive partisanship aside, however, the real significance of his op-ed is that it signals that the curtain is closing on Biden’s clownish and disastrous star turn as the presidential figurehead. Whether his replacement will be The Cackler or some other socialist ideologue remains to be seen. 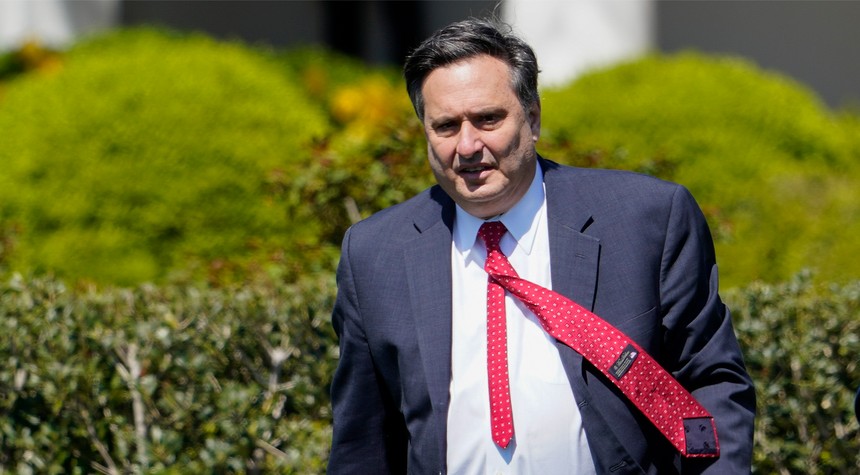 Ron Klain is reportedly planning to leave his position as Joe Biden’s chief of staff in the coming weeks. According to the New York Times, Klain has been quietly informing colleagues of his intention to retire since the midterm elections, claiming he is ready to move on.

Klain’s retirement is likely to be announced soon after Biden delivers his State of the Union address next month, but there is currently no word of a potential replacement. Klain’s tenure as Biden’s chief of staff has been a rocky one.

He has repeatedly come under fire for his tweeting. One tweet likely doomed Biden’s vaccine mandate, and others have been mocked for being out of touch. For example, last year, he retweeted an op-ed that insisted 2021 wasn’t “all bad,” and then he retweeted a poll showing Biden underwater, apparently thinking it was a good poll. As Joe Biden’s poll numbers failed to improve, even the media began scrutinizing Klain’s job performance. Honestly, Klain should have been fired a long time ago, and I suspect the only reason he wasn’t is that Klain has been a loyal Bidenista for many years now.

When things get tough for a sitting president, the Chief of Staff is a common scapegoat, and Klain’s departure would be a significant step for the White House to change course in the hopes of salvaging Joe Biden’s troubled presidency. 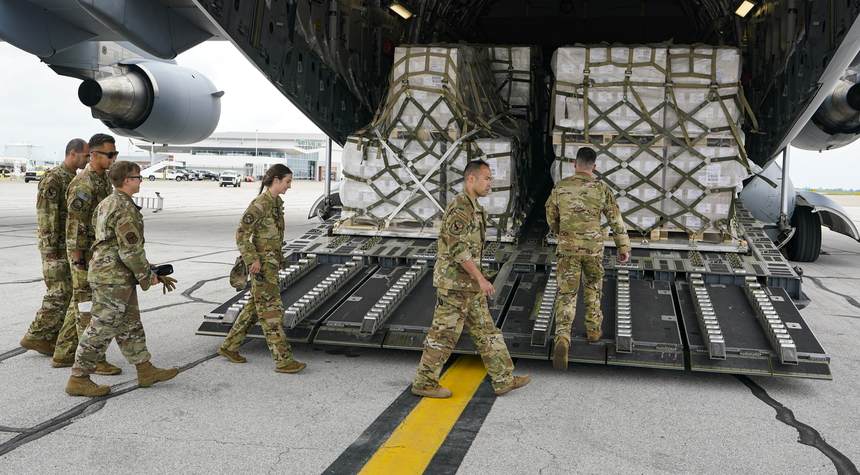 Last January, a severe baby formula shortage hit parents in the United States that resulted in a desperate scramble to find food for their infants.

The federal government pointed a finger at Abbott Laboratories, which was forced to shut down operations after it was suspected that formula was shipping from a Michigan plant that had been contaminated with a deadly bacteria.

The jury is still out on whether the deadly bacteria that killed three infants came from the Sturgis, Mich., plant or not. But a subsequent investigation of the plant by the FDA turned up numerous, shocking violations including standing water, damage to drying equipment, and defects in the seams of formula cans, among other problems at the Sturgis plant. The FDA shut the plant down and recalled the formula.

A whistleblower had claimed that Abbott was covering up massive problems at the plant and falsifying reports to the FDA. This led to a full-blown criminal investigation by the Justice Department.

Attorneys with the Justice Department’s consumer-protection branch are conducting the criminal investigation, the people said.

The branch, which has criminal as well as civil authority, was involved last year in a settlement with Abbott that allowed its Sturgis plant to resume operations after Food and Drug Administration inspectors found a potentially deadly bacteria there.

“The DOJ has informed us of its investigation, and we’re cooperating fully,” an Abbott spokesman said.

The company reopened the plant in June after extensive cleaning and modifications to the equipment.

So what is the Justice Department looking for?

“Ongoing inadequacies in manufacturing conditions and practices at Defendants’ facilities demonstrate that Defendants have been unwilling or unable to implement sustainable corrective actions to ensure the safety and quality of food manufactured for infants, a consumer group particularly vulnerable to foodborne pathogens,” the department said in the complaint.

Abbott isn’t the first food company to be the target of a criminal investigation. A deadly outbreak of listeria led to Blue Bell ice cream pleading guilty to two misdemeanors and a fine of $19 million. And the restaurant chain Chipotle was fined $25 million after food-borne illnesses struck more than 1,000 of their customers.

Abbott is still trying to ramp up to full production of all its product lines.

The DOJ investigation comes just a few weeks after Abbott and Ohio Gov. Mike DeWine announced the company’s plans to build a new $536 million manufacturing facility in the state to produce specialty and metabolic formulas for medically-vulnerable children and adults who were hardest hit by the shortages. Abbott has struggled to ramp up production of the special formulas at its Sturgis plant, and has recently pushed back the availability of a slate of metabolic formulas to April.

There really wasn’t much that Biden could do about Abbott’s self-inflicted wounds, but he tried anyway. He flew a few cases of formula from Germany to the United States — sort of a Berlin Airlift in reverse. It made no dent in the shortage of baby formula, but it certainly was a dramatic gesture.

The problem of shortages was a government-made problem. Regulations made any foreign competition very difficult — which was the idea when major domestic baby formula manufacturers lobbied for the change. Now we’re at the mercy of three or four companies that produce 90% of baby formula in the U.S.

That’s got to change, or the crisis will repeat itself the next time a problem occurs at one plant.