Treasury Dept. resorts to 'extraordinary measures' after US hits the debt limit 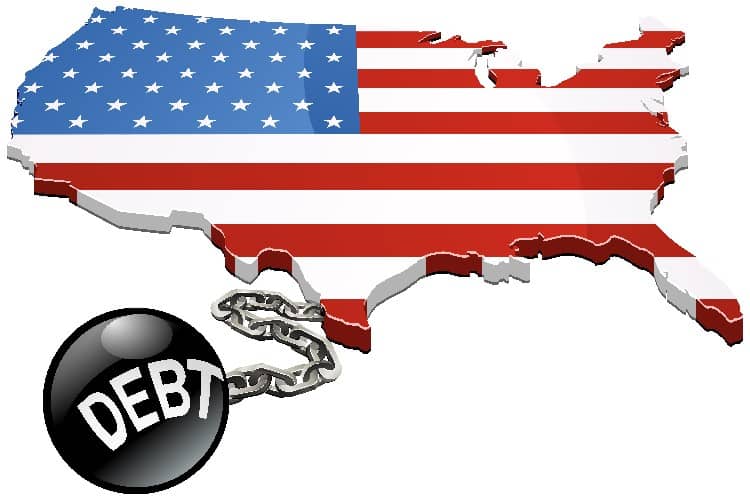 The United States reached its debt limit of $31.4 trillion dollars on Thursday, leading the Treasury Department to begin using “extraordinary measures” to ensure the federal government will not default on its obligations. According to conventional wisdom, both Congress and President Biden now need to agree upon raising or suspending the statutory debt limit before June to keep the government solvent. Of course, a third option, slashing federal spending to lower the debt burden, is not on most lawmakers’ agendas.

Treasury Secretary Janet L. Yellen in a letter to Congress said, “beginning on Thursday, January 19, 2023, the outstanding debt of the United States is projected to reach the statutory limit.  Once the limit is reached, Treasury will need to start taking certain extraordinary measures to prevent the United States from defaulting on its obligations.”

Yellen was forced to implement these measures as Biden and Congress are far from any agreement on the debt ceiling.  “I respectfully urge Congress to act promptly to protect the full faith and credit of the United States.” she wrote in the letter.

The White House is currently refusing to negotiate with the newly empowered fiscally conservative Republicans on raising the debt ceiling as Biden thinks they will eventually back off their demands, as investors, business groups, and moderate conservatives warn of the impending default and its political consequences.

Responding to a question on if the nation could avoid default, White House Press Secretary Karine Jean-Pierre said during a press briefing, “It is essential for Congress to recognize that dealing with the debt ceiling is their constitutional responsibility. This is an easy one. This is something that should be happening without conditions. And so, we’re just not going to negotiate about that.”

The Washington Examiner reported that House Speaker McCarthy (R-Calif.) said: “his plan is to negotiate a balanced budget with the Democrats to start paying down the $31 trillion debt.” Adding, “We are six months away, approximately, and what I would like to do is I would like to sit down with all the leaders and especially the president who had started having discussions. I don’t see why you would continue the past behavior. […] Who wants to put the nation through some type of threat at the last minute with the debt ceiling? Nobody wants to do that.”

The debt limit is the total amount of money that our government is authorized to borrow to meet its existing legal obligations, including Social Security and Medicare benefits, military salaries, interest on the national debt, tax refunds, and other payments. Congress has voted to increase the debt limit more than a dozen times in the last 25 years. The United States has been in default four times since the nation’s founding.

What makes matters worse is “the dramatic rise in interest rates over the past few months — the Fed funds rate target is currently between 4.25% and 4.50% — the national debt will be growing at a rate that makes it even harder to ignore,” reported a MoneyWise article.

According to the Peter G. Peterson Foundation’s debt clock, the $31.4 trillion gross national debt equals $94,170 of debt for every person in the country. Currently, more than $965 million is spent every day just in interest on the national debt. The Foundation estimates that the amount of interest will triple over the next decade, making it the fastest-growing item in the federal budget.

Congress needs to reduce spending and our national debt before the June deadline. And the way to do that is to get back to the Constitution, which means ending all federal programs that fall outside the scope of the Constitution’s enumerated powers. The political theater now in play is a dangerous game that potentially will have a lasting negative economic impact on us all. As Reuters reported, “From both an economic and a financial perspective, a failure to raise the debt ceiling would be an unmitigated disaster,” said David Kelly, chief global strategist for JPMorgan Chase & Co funds.

Kelly continued, “While a failure to increase the debt ceiling is the most immediate fiscal threat to the economy and markets in 2023, the damage could also be done either by continuing to neglect deficits altogether or by inflicting very sharp fiscal tightening on an economy which is now thoroughly hooked on the drugs of monetary and fiscal stimulus.”