There is a multi-pronged, concentrated effort by the Biden administration and the Democratic party to push the most extreme policies and ideologies into American public life, while simultaneously labeling any opposition to their overreach as a "threat to the Republic," argues Robert Spencer, a political analyst, Islam expert, historian, and the director of the Jihad Watch. In this interview with The New American, Mr. Spencer discusses his latest book, The Sumter Gambit: How the Left Is Trying to Foment a Civil War, and describes how the leftist forces are trying to provoke patriots to resort to violence in order to justify the establishment of authoritarianism in America. Reflecting on this week’s annual meeting of the World Economic Forum (WEF), Mr. Spencer noted how the national governments in the West and beyond are tied in with the organization that is seeking to establish a socialist, internationalist megastate, which would be impossible to achieve without destroying our national sovereignty first. To learn more about Robert Spencer and Jihad Watch, please click here: www.jihadwatch.org For more great content, visit www.TheNewAmerican.com 🇺🇸 The New American: http://www.thenewamerican.com/

Bongino Video: EVERYTHING You Need to Know About Biden’s Classified Docs~C’mon, man, they were in a locked garage!

In his new video, Dan Bongino takes you on a deep dive into the scandal surrounding President Biden’s unsecured cache of classified documents, exposing everything you need to know about it.

Check out the informative, must-watch video below:

EU rebrands pedophiles ‘People with a Sexual Interest in Children’

The Scotland police recently referred to pedophiles as “minor-attracted people.” Many expressed outrage over this attempt to normalize the abuse of children. Now comes this.

The West is sinking deeper and deeper into a kafkaesque mix of socialism and depravity, while the Churches remain largely silent instead of protecting Judeo-Christian values and innocent children.

The “EU project’s use of the term Minor-Attracted People (MAPs) to describe pedophiles” is causing a huge backlash. Let’s hope that those who are dissenting succeed in stopping this abuse. The European Commission “is funding the Drag Queen Shows across Europe,” which means taxpayers are funding it, with no say in where their money is going. 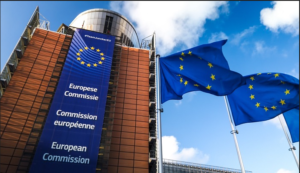 A Member of the European Parliament (MEP) has accused the European Union of pushing “horrible propaganda” after a project described paedophiles as “people with a sexual interest in children”, accusing the bloc of seeking to rebrand them with a term that is both “more appealing and morally neutral”.

Cristian Terhes, a Romanian MEP who sits with the European Conservatives and Reformists group, has slammed the EU for allegedly pushing for the term “paedophile” to be replaced with something “more appealing and morally neutral”.

It comes after controversy surrounding an EU project’s use of the term Minor-Attracted People (MAPs) to describe paedophiles, despite the fact that the term is highly controversial, and seen by some as overly sympathetic towards predators.

However, despite the use of the term prompting huge backlash only last month, Terhes claims that the EU still seems to be trying to soften the language around paedophiles, with another EU project on child protection repeatedly referring to them as “people with a sexual interest in children”.

“I am shocked and appalled, in equal measure, that the European Commission was, until very recently… replacing the term ‘paedophile’ with the more appealing and morally neutral phrase of Minor Attracted Person,” Terhes alleged in comments to Breitbart Europe.

“They even intensified this horrible propaganda and are now talking of ‘people with a sexual interest in children’,” he continued.

“This attitude of the European Commission to soft soap an evil and criminal behaviour, like paedophilia, is dangerous and a threat to all children in Europe,” the public representative went on to say, calling for the project in question to be withdrawn by European Commission, currently led by Germany’s Ursula von der Leyen.

The Romanian MEP also took aim at the EU’s continued funding of drag queen shows for children, with the bloc giving financial support to drag projects in the likes of Germany, Spain, and Slovenia.

One project sponsored by the EU that took place in Berlin — titled ‘Drag It Up!’ — saw “38 young queer people” trained in the art of drag, with those involved being taught to put on makeup and wigs, walk in high heels, and implement “methods of blurring and exaggerating traditional binary gender roles”…. 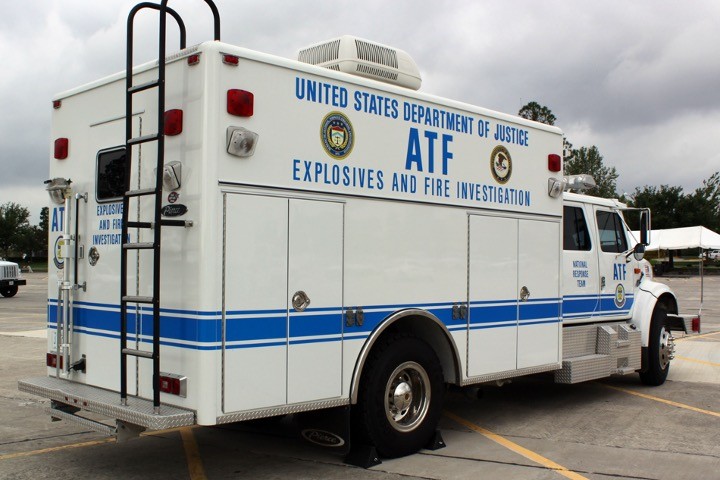 To Representative Matt Gaetz (R-Fla.), the move last Friday by the Bureau of Alcohol, Tobacco, Firearms, and Explosives (ATF) to require citizens owning pistol braces to register them with the government was the “final straw.” On Tuesday, he rolled out a bill to abolish the rogue agency altogether.

The bill is one page long: “A Bill to abolish the Bureau of Alcohol, Tobacco, Firearms, and Explosives.… The [agency] is hereby abolished.”

Would that this would be so simple!

In June 2021, Representative Marjorie Taylor Greene proposed the same thing but gave the agency six months to move its responsibilities to the Federal Bureau of Investigations (FBI). Her bill included:

In 2014 Representative James Sensenbrenner (R-Wis.) had offered a similar bill, but with some of its operations being handed off to the Drug Enforcement Administration (DEA) rather than the FBI.

When Gaetz rolled out his bill to abolish the ATF, he said:

The continued existence of the ATF is increasingly unwarranted based on the actions they’re taking to convert otherwise law-abiding people into felons. My bill would abolish the ATF.

If that doesn’t work, we’re going to try defunding the ATF.

When Representative Greene presented her bill back in 2021, she said the Biden administration was using the agency to harass lawful gun owners:

Joe Biden and the radical, anti-gun Democrats want to unleash the ATF on law-abiding gun owners across America, attacking our God-given Second Amendment right to keep and bear arms.

The ATF’s ongoing, unconstitutional attacks on the Second Amendment must end.

And, when Representative Sensenbrenner proposed abolishing the ATF, he also minced no words:

The ATF is a largely duplicative, scandal-ridden agency that lacks a clear mission.…

It is plagued by backlogs, funding gaps, hiring challenges and a lack of leadership.

For decades it has been branded by high-profile failures. There is also significant overlap with other agencies.

While neither of these last two bills saw the light of day (as will likely be the outcome of Gaetz’s effort), the history of the ATF shows it to be corrupt to the core. Sam Jacobs, in an article published by the Libertarian Institute in 2020, took 19 pages to review just a few of the agency’s egregious and illegal operations.

For readers who may be unfamiliar with some of these illegal overreaches, the source is here. Upon reading, they may agree with Gaetz, Greene, and Sensenbrenner: The time to abolish this rogue agency is long past due.