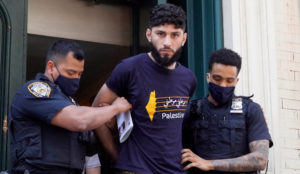 The only surprising part of the story is that Manhattan DA  Alvin Bragg is even prosecuting anyone aside from mass murderers and people who are accused of racism out of context viral videos.

You may remember this story from last year.

A Jewish man was attacked Thursday in the Diamond District, as pro-Israel and pro-Palestine protesters clashed in Times Square.

The clash was strictly one-sided.

Police said a group of five to six men attacked the 29-year-old victim around 6:30 p.m. on Broadway near West 49th Street.

“My whole face… felt like it was on fire for hours,” Joseph Borgen said.

“They were macing me for like a minute straight,” he said. “Kicked me, punched me, beat me with crutches, hit me with flags.”

He says he’s bruised all over and has a concussion.

The attack was condemned by public officials. One of the arrested thugs made no secret of his guilt.

The Brooklyn man accused of beating a Jewish man in a hate attack in Midtown proclaimed from his jail cell that he would “do it again,” prosecutors said on Saturday.

“If I could do it again, I would do it again,” he told one of his jailers, according to a prosecutor at Awawdeh’s Saturday arraignment in Manhattan Criminal Court. “I have no problem doing it again.”

Awawdeh, who has at least one open case in Brooklyn for allegedly speeding and running a red light in March, was charged with assault as a hate crime, gang assault, menacing, aggravated harassment as a hate crime and criminal possession of a weapon, police said.

The Midtown attack was a hate crime, the Manhattan assistant district attorney told Paek, adding Awawdeh called Borgen a “dirty Jew” and said, “F–k Israel, Hamas is going to kill all of you.”

Raina Raskin at the New York Sun reports that “The Manhattan district attorney’s office is taking heat for offering a plea deal for an alleged assailant in a brutal 2021 beating of a Jewish man. The office confirmed to the Sun that it has offered a plea deal to Waseem Awawdeh that would land him in jail for just six months for his alleged role in the assault of Joseph Borgen. The deal would give Mr. Awawdeh a six-month prison stay in exchange for a guilty plea on charges of second-degree attempted assault with hate motives.”

This is a videotaped assault in which the defendant bragged that he would do it again. Why is there even a plea deal? Is Bragg’s office worried that they’re going to get a conviction under these circumstances?

Except that plea deals and diversions are being handed out like candy in typical fashion by pro-crime prosecutors.

Mr. Awawdeh is being charged with second-degree attempted assault as a hate crime. The deal could reduce his punishment for the crime from a potential of seven years in prison to six months in jail, with five years of parole.

“This Office does not tolerate antisemitic attacks and will continue prosecuting hate crimes vigorously, using every tool at our disposal to address hate,” a representative of the district attorney’s office said, noting that prosecutors from the DA’s hate crimes unit offered the “appropriate” plea deal “based on the facts, available evidence and varying levels of culpability.”

Seems very “vigorous” to me.

But intersectionality states that Awawdeh is a victim and Joseph Borgen is the oppressor. Isn’t that the whole premise of Islamic terrorism?

If Awawdeh gets a slap on the wrist, whom will he attack next? 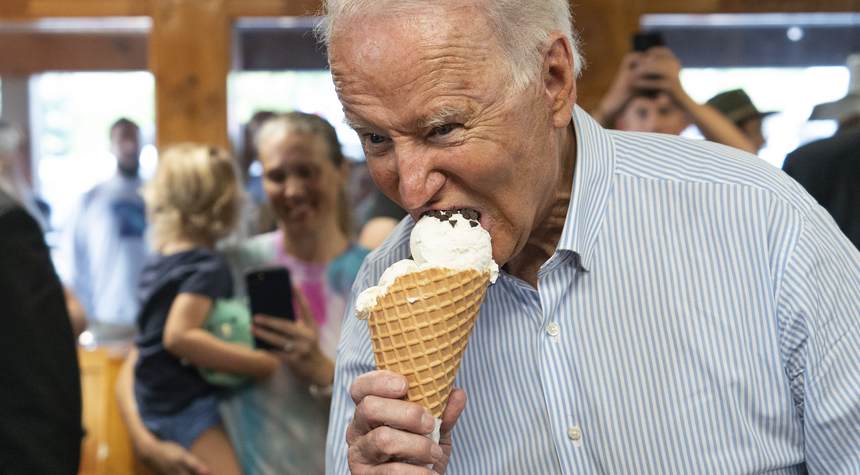 Joe Biden’s classified documents scandal got even worse on Saturday when CBS News reported that at least ten of the items found in his office at the Penn Biden Center were marked “top secret” — the highest level possible — meaning that a leak of these documents could do “exceptionally grave damage” to national security. It was previously not known what level of classification these documents had.

Of the classified documents later found at Biden’s home in Wilmington, Del., allegedly none were marked “top secret.” But it is unclear at this point if the top secret documents found at the Penn Biden Center had once been amongst the stash kept in the Wilmington garage next to Biden’s prized Corvette Stingray.

For our VIPs: 5 Reasons Why Biden’s Classified Docs Scandal Is Worse Than Trump’s

The White House insists that the documents were “inadvertently misplaced” amongst Biden’s personal files. However, the circumstance that led to their discovery in the first place remains a mystery. The documents were not sought by the National Archives or the subject of an ongoing investigation. The White House also covered up the discovery of the documents at the Penn Biden Center, which had been found back in November before the midterm elections.

It is not yet clear who is responsible for this story being leaked to the media.

A third batch of documents was reportedly discovered in Biden’s home Friday night.

Yellen Tells Congress the U.S. Will Exceed Its Debt Limit on Thursday 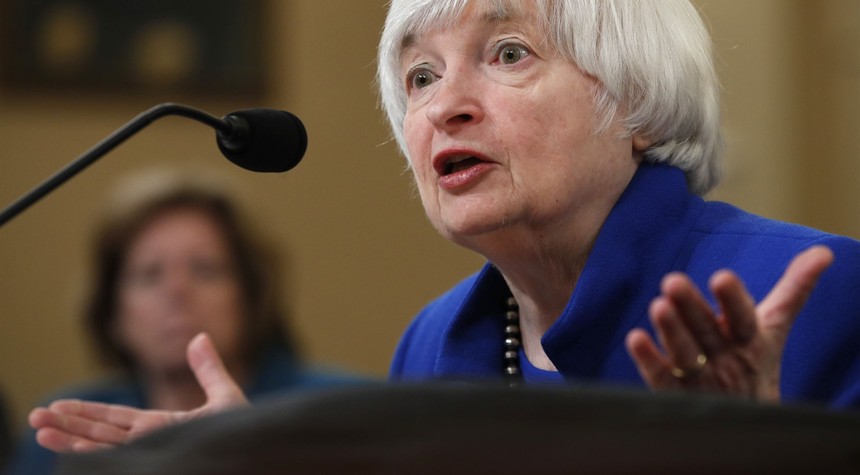 Secretary of the Treasury Janet Yellen sent a letter to Congress warning that the United States will exceed its statutory debt limit this Thursday and that the Treasury Department must begin employing “extraordinary measures” at that time to stave off default.

“Failure to meet the government’s obligations would cause irreparable harm to the U.S. economy, the livelihoods of all Americans, and global financial stability,” Ms. Yellen wrote.

Meanwhile, Republicans are insisting that any increase in the debt limit must be accompanied by a reduction in spending. Joe Biden and the Democrats are saying no negotiations will be entertained. The impasse sets up potentially the most consequential and bruising fight between the executive and legislative branches in decades.

For our VIPs: Is the Debt Ceiling Fight a Hill Republicans Should Die On?

“The American people are the ones that are demanding the cut in spending,” Rep. Jason Smith, a Missouri Republican and the chairman of the powerful House Ways and Means Committee, said Friday on Fox News. “We have to have fiscal reforms moving forward. We cannot just give an unlimited credit card.”

The new rules adopted by the House last Monday eliminate an easy path to raising the debt limit. The new Congress dropped the so-called Gephardt rule that in the past has allowed Congress to automatically increase the debt limit without a vote.

The White House is banking on an ad-hoc, bipartisan group of lawmakers to bypass the House leadership and pass a new debt limit.

That group includes the entire Democratic caucus in the House and Senate, plus a handful of Republicans needed to pass bills in both chambers. Such a coalition could employ a rare tactic in the House, called a discharge petition, to force a floor vote on raising the limit. But the move would take weeks or even months to produce a bill that Mr. Biden could sign into law, which could threaten default if lawmakers misjudge the date when Treasury can no longer pay the nation’s bills.

The uncertainty surrounding that date is what’s going to make the next few months a free-for-all. With Democrats insisting there will be no negotiations and Republicans insisting there won’t be an increase in the debt limit without them, which side is going to blink first?

In the preliminary stages of being drafted, the GOP proposal would call on the Biden administration to make only the most critical federal payments if the Treasury Department comes up against the statutory limit on what it can legally borrow. For instance, the plan is almost certain to call on the department to keep making interest payments on the debt, according to four people familiar with the internal deliberations who spoke on the condition of anonymity to describe private conversations. House Republicans’ payment prioritization plan may also stipulate that the Treasury Department should continue making payments on Social Security, Medicare and veterans benefits, as well as funding the military, two of the people said.

What about Medicaid or air traffic control?

Such a move would be unprecedented and hugely controversial, and even releasing the plan could turn into a major political liability for the GOP. A hypothetical proposal that protects Social Security, Medicare, veterans benefits and the military would still leave out huge swaths of critical federal expenditures on things such as Medicaid, food safety inspections, border control and air traffic control, to name just a handful of thousands of programs. Democrats are also likely to accuse Republicans of prioritizing payments to U.S. bondholders — which include Chinese banks — over American citizens.

“Any plan to pay bondholders but not fund school lunches or the FAA or food safety or XYZ is just target practice for us,” a senior Democratic aide told The Post.

This is a recipe for disaster, which is why Republicans aren’t really serious about this. Lawmakers and the White House will eventually sit down, if for no other reason than to calm financial markets that, if history is any guide, are going to go crazy the closer we get to a “drop-dead” default date. As far as a debt prioritization plan, the Democratic Senate will never agree to it, so in the end, it’s just an exercise in PR.

Yellen said in her letter that the date when all “extraordinary measures” are exhausted will probably be in early June. That’s not a lot of time for Congress to remake the federal budget and cut hundreds of billions of dollars in future spending.