Does this man have any residual conscience left?

Old Joe Biden’s handlers have effectively erased the Southern border of the United States. Want to enter what once was known as the Land of the Free and the Home of the Brave? Come on in! Whoever is running the United States at this point has clearly decided to flood the country with migrants, whether in order to secure a long-term voter base for the Democrat Party, or to destroy the world’s foremost nation-state in pursuit of socialist internationalist goals, or for some other reason, but one thing is certain: the political and media elites aren’t willing to tell us what they’re really up to. They are instead offering excuses for the migrant influx, each more implausible than the last. On Thursday, Old Joe gave us the most offensive and unbelievable explanation yet.

Asked whether he thought migrating to the United States was a human right, Biden said: “Well, I think it is a human right to–, if you have your, if your, your family is being persecuted, if your bein’ dealt with in a way, I mean, like, it was, I thought it was a human right for, you know, uh, uh, Jews in Germany to be able to go, to get to escape and get help where they could.”

According to U.S. Customs and Border Protection (CBP), CBP officers had 2,766,582 “encounters” with migrants at the borders during the fiscal year 2022, up significantly from 1,956,519 in the fiscal year 2021 and 646,822 in the fiscal year 2020. In October and November of 2022, there were 561,291. If migrants keep streaming into the U.S. at that rate, there will be well over three million “encounters” in this fiscal year. It would be interesting to know how many of those people Old Joe thinks are comparable to Jews fleeing the National Socialists in Germany. Some of them? All of them?

Whatever the answer, the comparison is as preposterous as it is appalling. As bad as conditions may be in Central America or in socialist Venezuela and socializing Brazil, genocide is not taking place. And the people coming to the border aren’t Albert Einstein and Sigmund Freud, Rep. Andy Biggs correctly noted: “Biden just compared illegal aliens—lawbreakers who have been found to be terrorists, drug dealers, and bad actors—to Jews fleeing Germany during the Holocaust. Not even remotely the same situation. This kind of mindset prevents us from legitimately securing our border.”

Trump adviser Stephen Miller pointed out that in making this comparison, Old Joe was also implying that Latin America was like National Socialist Germany: “Comparing Haitians leaving Haiti or Nicaraguans leaving Nicaragua to Jews fleeing violent extermination from Nazi Germany is both an outrageous minimization of the Holocaust and a vile slander of Latin American nations. Biden will say or do anything to expand illegal immigration.”

Biden never addressed that point, but he did try to give the impression that he had a scintilla of concern for the American people as he added: “Um, but the other side of this is, there’s also, the people in this country have basic rights, that are here. Basic fundamental rights. To assure the people that are coming have been checked out, they’re not criminals, they’re not a problem, they’re, you know, that their background checks are real.”

Background checks? Does he seriously want us to believe that background checks are being performed on this huge mass of people streaming across what was once known as the Southern border, or that such checks would even be possible? Given the brisk business in fake IDs within the United States, can anyone reasonably assume that such business isn’t going on among people trying to enter the U.S. as well?

If we had any actual journalists in America today, they’d be pressing Old Joe to apologize to the countries from which the migrants are coming, and above all to the American people for lying to them so repeatedly and brazenly, not just about the reasons for the migrant influx, but about virtually everything else as well. But when a hard-Left Democrat is in the White House, journalism becomes a thing of the past and the allegedly independent press becomes a Goebbelsian propaganda ministry. Thus no notice will be taken of Biden’s latest egregious remark, and he will just go on to feed us more offensive nonsense in the near future. Count on it.

Chinese oil company “will invest as much as $150 million in the first year and $540 million over the subsequent three years.” 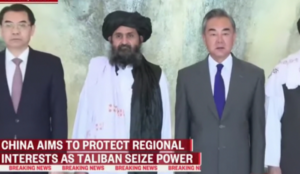 The deal is expected to bring in nearly $700 million in investment in the next four years to the Taliban-run Islamic Emirate of Afghanistan, news reports suggest. “Xinjiang Central Asia Petroleum and Gas Co. will invest as much as $150 million in the first year and $540 million over the subsequent three years to explore five oil and gas blocks” covering an area of around 1,738 square miles in northern Afghanistan, the newspaper Times of India reported citing Taliban-regime sources.

“The militant group will earn 15% royalty fees from the 25-year contract. Daily oil production will start at 200 tons and gradually rise to 1,000 tons. The five blocks are estimated to hold 87 million barrels of crude oil, according to a previous survey.” the Indian daily added.

The BBC reported the details of the China-Taliban deal:

Afghanistan’s Taliban government is to sign a contract with a Chinese firm to drill for oil in the country’s north.

It would be first major energy extraction agreement with a foreign firm since the Taliban took control of Afghanistan in 2021.

The 25-year deal underscores China’s economic involvement in the region. (…)

“The Amu Darya oil contract is an important project between China and Afghanistan,” China’s ambassador to Afghanistan Wang Yu told a news conference in the capital Kabul. A Chinese state-owned company is also in talks over the operation of a copper mine in the east of the country.

The massive oil deal comes as the Biden administration and its western allies are pouring in millions to sustain the Taliban-controlled country. “Forty-one countries and organizations committed $2.44 billion in humanitarian aid,” The Wall Street Journal reported in March. “The U.S. committed $204 million at the conference, a bit over half of the U.K.’s pledge of about $376 million (£286 million),” the business daily added.

While the West feeds impoverished Afghans, the Taliban are busy converting the country back into a safe haven for fellow terrorist groups seeking to wage global jihad. Afghanistan “could once again become a base for international terrorist attacks after the withdrawal of US and Nato troops last year,” a United Nations report feared in June 2022. Al-Qaida, the Taliban’s main ideological ally, is operating under the protection of the new Islamic Emirate and enjoys an “increased freedom of action,” the report found.

President Biden’s disastrous withdrawal from Afghanistan has opened up the jihad-ridden country to Beijing’s strategic and commercial exploitation. The oil deal will serve as a blueprint for China’s access to Afghanistan’s untapped resources estimated to be worth over $1 trillion, news reports suggest.

“The progress of this project has created a model for China-Afghanistan cooperation in major projects in energy and other fields,” China’s ambassador to Afghanistan Wang Yu said Thursday. 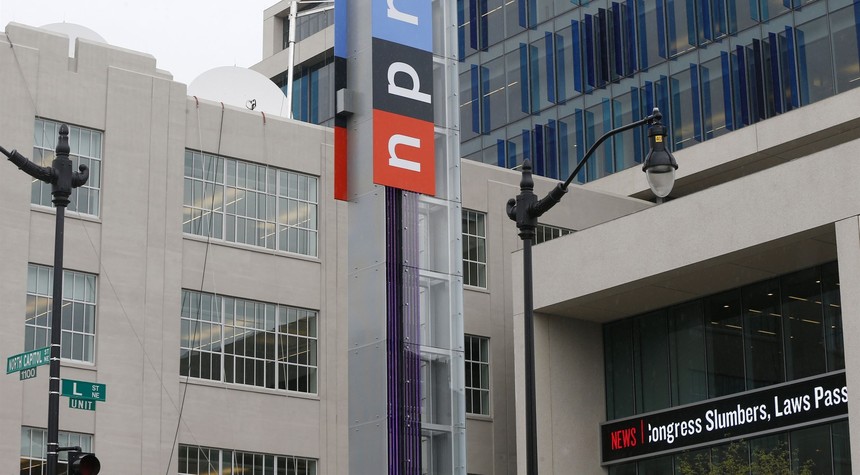 AN EVENING WITH MAIA KOBABE: AUTHOR OF GENDER QUEER: A MEMOIR

Conservatives have been calling for the defunding of National Public Radio (NPR) for years now because of its blatant political bias, but now they have a new reason to deprive the news outlet of its federal funding.

This week, NPR published a misleading and disturbing essay by Maia Kobabe, the author of Gender Queer, a controversial graphic memoir documenting Kobabe’s journey to coming out as “nonbinary.” In addition to being “nonbinary,” Kobabe has nonsensical “preferred pronouns.”

Kobabe laments in her NPR essay that Gender Queer has become the most challenged book in public school libraries. “Several conservative politicians made book banning a major talking point of their campaigns,” she wrote. “There were so many challenges in such quick succession before the end of the year that I literally could not keep track of them all.”

By Kobabe’s telling, the book is challenged because of discrimination. “I was obviously already aware that queer, trans, and nonbinary narratives often receive pushback.” But this is incredibly misleading. In fact, Gender Queer is most often challenged because it contains graphic depictions of minors participating in sex acts — a detail Kobabe conveniently omits in her essay.

She was, however, questioned about the graphic nature of some of the illustrations in an interview with NPR. “Let me ask you this. Some of the criticism is about how explicit the book is. There are some graphic panels where you’re describing some of your sexual encounters. Did you consider doing less graphic versions of those scenes?” NPR’s Claire Murashima asked.

Kobabe insists that her book could have been even more explicit. Opponents of the book say it is pornographic — and having seen screenshots of the illustrations, I can say this characterization is correct — which means it has no business in public libraries or school libraries. That NPR is promoting this book and giving a platform to the author, who is clearly a groomer, is disturbing. So, yes, NPR is promoting pornography aimed at grooming young children.

Last year, NPR also broadcasted a segment about “queer” sex education, which, among other things, denounced the “terrible lie” that STDs make one “dirty.”

It’s long overdue for NPR to lose its federal funding. Promoting pornography that targets kids should be the last straw.