After numerous reports that flyers were ‘kicked off’ of flights over mask and face covering concerns, former Air Marshal Sonya Labosco claims that airlines may be ‘playing politics’ with their customers’ rights to free expression. – with Newsmax TV’s Chris Salcedo 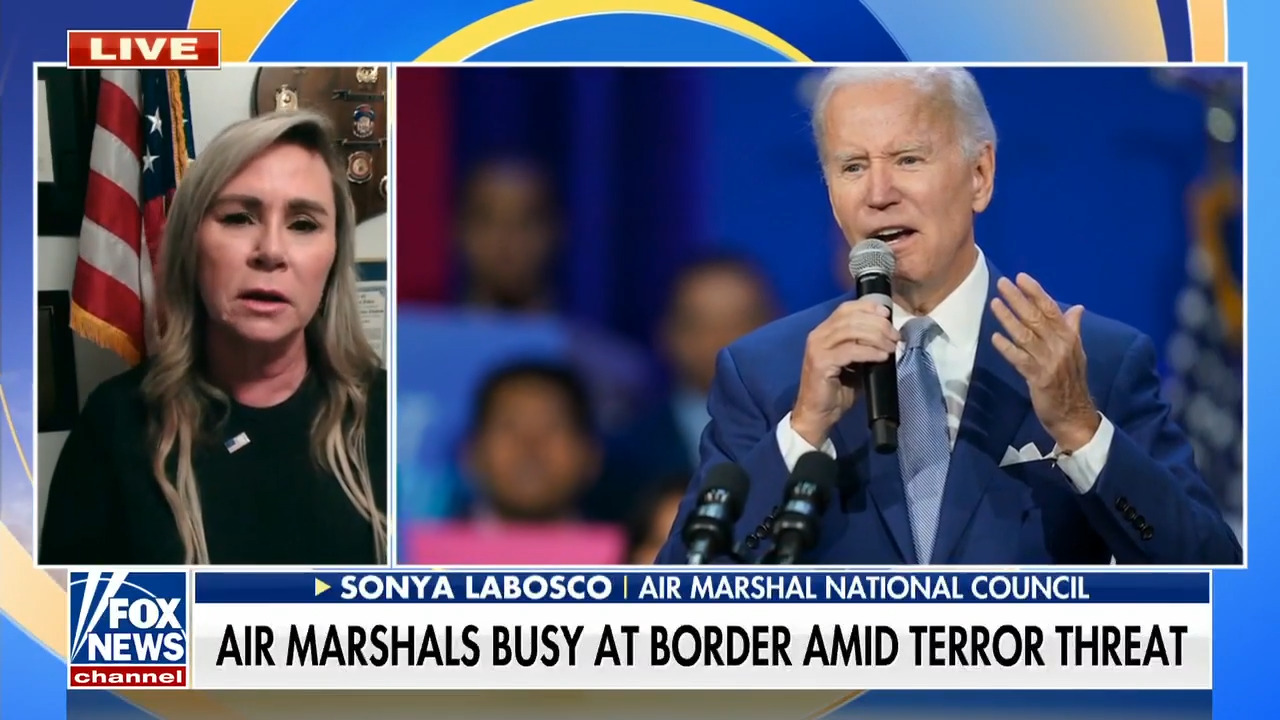 Is there anything that makes Americans less safe that Biden’s handlers wouldn’t do?

Air Marshal National Council Executive Director Sonya Labosco joined ‘Fox & Friends First’ to discuss why it is ‘insane’ the Biden administration is sending air marshals to the border amid a terror threat.

Federal air marshals are outraged as the Biden administration continues to send them to the southern border despite a renewed terror threat from al Qaeda.

Air Marshal National Council Executive Director Sonya Labosco joined “Fox & Friends First” Tuesday to discuss why the diversion has put Americans at risk and why they are going to “suffer” as a result of the move.

“It looks absolutely insane,” Labosco told co-host Todd Piro. “We don’t understand why these decisions are being made. The intel is clear. Al Qaeda is watching for our weak areas. Our aviation is a high-risk area. We’re not protecting our aviation domain, and we’re going to the border. It is absolutely madness.”

Despite the looming terror threat, the Biden administration announced mandatory deployments to the border as the migrant surge continues to strain already-worsening conditions amid staffing shortages.

Air marshals urge Biden White House to stop sending them to border ahead of holiday seasonVideo
Many agents pushed back on the Biden administration over the move, expressing willingness to refuse the deployment and face possible termination.

Labosco suggested the mandatory diversions may not have sufficient legal grounds.

“We do believe it’s a violation,” Labosco said. “We do believe that DHS has overstepped their bounds. We are waiting for Congress to get sworn in, hopefully today, and we can get some movement here. We need someone to step in, in Congress, and stop the deployment of federal air marshals.”

The Air Marshal National Council sent a letter to DHS Secretary Alejandro Mayorkas over the weekend, calling out the administration for the policy since the border crisis has garnered little attention.

“How can you justify sending FAMs to the border in huge numbers, when the border is in your words secure, and there is no emergency yet?” the letter read. “Yet we have major security incidents happening right now affecting our aviation security.”

Even amid the diversion, Labosco noted the American people have not forgotten the critical lessons learned following the devastating 9/11 attacks, more than two decades after thousands lost their lives.