The Atlas of Surveillance: Revealing the Shocking Scope of Gov’t Spying 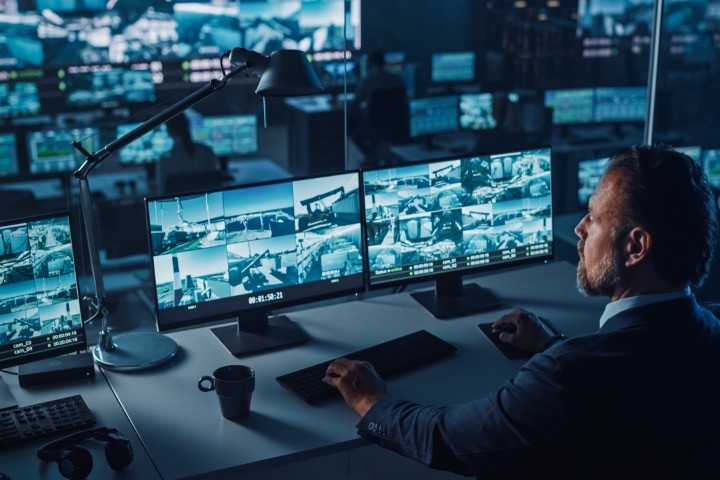 For decades, the government of the United States has been unconstitutionally and surreptitiously surveilling American citizens. Perhaps it’s time the watched become the watchers.

On November 17, the Electronic Frontier Foundation’s director of investigations, Dave Maass, sent out the following message:

For those unfamiliar with the Atlas of Surveillance, here’s the description of the project published by EFF:

The Atlas of Surveillance is a database of surveillance technologies deployed by law enforcement in communities across the United States.

This research was compiled by more than 1,000 students and volunteers, and incorporates datasets from a variety of public and non-profit sources.

While certainly not a complete catalog of all the millions of cameras and microphones collecting data that is then sent to the government, the Atlas of Surveillance is helpful and is a ready resource for anyone committed to the Constitution and to the protections afforded by the Fourth Amendment.

You can search the Atlas, you can move around the map, and can choose the type of surveillance collection you’re interested in seeking: license-plate readers, doorbell cameras, and other facial recognition devices.

Something that becomes instantly evident after playing around with the Atlas of Surveillance is that anyone living in a city of any substantial size will discover that hiding from the all-seeing eye of the federal government is nearly impossible.

For those of you who doubt this claim, consider this information provided by EFF:

However, this milestone sadly also reflects the massive growth of surveillance adoption by police agencies. High-tech spying is no longer limited to well-resourced urban areas; even the smallest hamlet’s police department might be deploying powerful technology that gathers data on its residents, regardless of whether those residents are connected to a criminal case. We’ve seen the number of partnerships between police and the home surveillance company Ring grow from 1,300 to more than 2,000. In the two years since we first published a complementary report on real-time crime centers — essentially police tech hubs, filled with wall-to-wall camera monitors and computers jacked into surveillance datasets — the number of such centers in the U.S. has grown from 80 to 100.

The surveillance isn’t being conducted only by official government agencies. For example, as I’ve reported previously, Amazon provides access to customers’ Ring camera images and sounds to local police.

And, as I’ve also previously reported, red-light and transportation cameras also send the images and sounds they collect to government agencies, who then collect and catalog the data.

The rapid spread of surveillance devices and their increasingly pervasive technology is converting the United States (and the entire globe) into a wall-less prison. Every individual, regardless of criminal intent or activity, is being monitored by the government using technology not available to the general public, thus making us subjects of a state-run surveillance regime that is itself impenetrable and invisible.

Thanks to the Atlas of Surveillance project, perhaps some of the watchers can now be watched, or at least identified.

Perchance the invisible electronic walls keeping us as virtual prisoners in a global gulag will fall faster as we consistently demand that those chosen to lead us to adhere to constitutional principles of individual liberty, particularly when these officials attempt to protect their power by monitoring the population for signs of dissent.

Remember: If you want to truly be constitutionally consistent, then you must understand and agree that every collection by the federal government of images and sounds is a direct, open, and hostile violation of the protections provided by the Fourth Amendment against such surveillance.

The right of the people to be secure in their persons, houses, papers, and effects, against unreasonable searches and seizures, shall not be violated, and no Warrants shall issue, but upon probable cause, supported by Oath or affirmation, and particularly describing the place to be searched, and the persons or things to be seized.

Having the eye of the Atlas of Surveillance identifying and revealing many of the millions of cameras and microphones used by the local and federal government to keep us in their sights is a great boon to the protection of liberty, as it might work to prevent overzealous agencies from using electronic tracking technology to collect data from people who have not been afforded due process.

The rights guaranteed by the Fourth Amendment are under nearly constant assault by the forces of the federal government. From NSA surveillance to IRS use of tax records as a political tool, the papers, effects, and homes of all Americans are now de facto denied the protections our Founders held so dear.

So, go over to the Atlas of Surveillance, put in your address, and see just how wide the field of vision of the never-blinking eye of government really is … if you dare.

Joe Wolverton II, J.D., is the author of the books The Real James Madison and “What Degree of Madness?”: Madison’s Method to Make America STATES Again. His latest book — The Founders’ Recipe — provides selections from the 37 authors most often quoted by the Founding Generation. He hosts the YouTube channel “Teacher of Liberty” and the Instagram account of the same name.