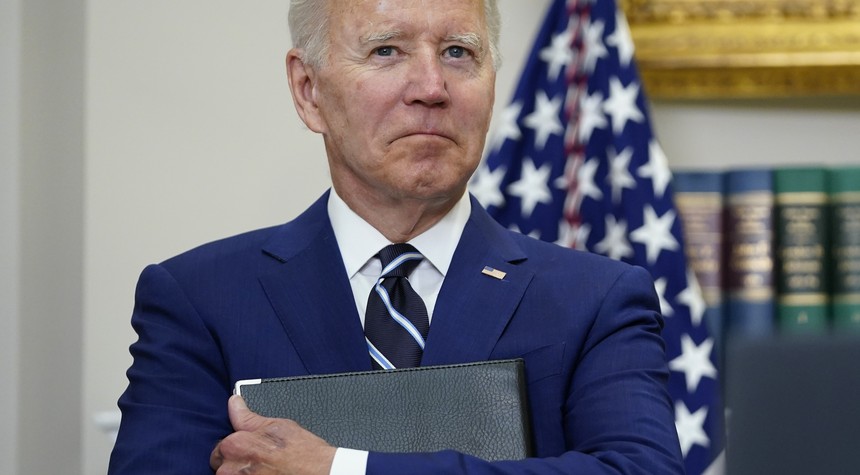 Joe Biden has repeatedly denied having any knowledge of his son’s business dealings or ever speaking to him about them. Yet over the years, evidence has surfaced that suggests Biden was a key power player in Hunter’s schemes.

Now, according to Hunter Biden’s personal calendar, which was found on his abandoned laptop, we know that between 2008 and 2016, Hunter met with his dad at least 30 times at the White House or the vice president’s residence after returning home from overseas business trips. As The New York Post notes, these meetings “raise questions about whether Hunter was relaying messages to his father on behalf of foreign clients, and cast new doubt on the president’s repeated denials that he had any role in his son’s shady overseas business dealings.”

Further incriminating Joe Biden is the fact that Eric Schwerin, the president of Hunter Biden’s investment company Rosemont Seneca Partners, was “named as a calendar invite recipient on 21 of 30 listed meetings, with a green check frequently indicating his confirmed receipt of the invite for meetings with the vice president.”

Previously released visitor logs from the Obama administration indicate that Schwerin visited the White House 19 times between 2009 and 2015.

During the 2020 presidential campaign, Biden also denied having any knowledge of Hunter’s dealings with Ukrainian energy company Burisma, which gave Hunter an $83,333-per-month position on their board, despite his having zero experience in the energy sector, while his father was the Obama administration’s point man on Ukraine. Yet, in 2019, a photo was leaked showing the Bidens golfing with Hunter’s fellow Burisma board member Devon Archer. White House visitor logs also show that Devon Archer and Chris Heinz, both co-founders of Rosemont Seneca, visited the White House in 2009 and 2011.

Documents reviewed by Just the News and the Government Accountability Institute earlier this year also showed that Joe Biden was very much financially involved with Hunter and even allowed his son to pay some of his bills. And emails and text messages show that Joe Biden’s involvement included “diverting one of his tax refunds to his son, rubbing elbows with [Hunter’s] foreign clients and even directly referring a friend who wanted to ‘do some work’ with his son.”

Related: There’s No Way Joe Biden Survives This: Democrats Must Jettison Him BEFORE Midterm Season Heats Up

Joe Biden was often referred to as “Pop,” the “big guy,” and “my chairman” in certain delicate communications, and these communications show that Biden looked to Hunter and Schwerin to help expand his wealth after leaving the vice presidency in 2017.

“Hardly a day goes by without another revelation about how intimately involved Joe Biden was with his son Hunter Biden’s corrupt foreign business dealings. The fact that Joe was in meetings with senior foreign leaders on behalf of Hunter and his business associates while Vice President further proves that Joe has been lying to the American people,” Rep. Elise Stefanik (R-N.Y.) told the New York Post. Stefanik has promised to investigate Hunter Biden should Republicans win back the House in November.