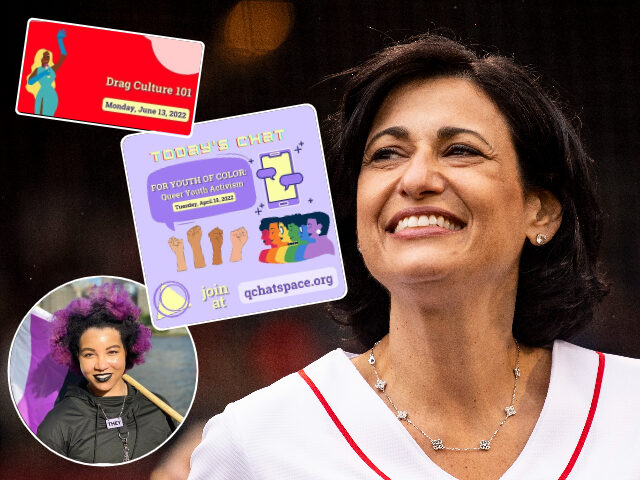 Parents beware. The American government is not only teaching children (in secret chats that they could easily access on their mobiles) about sex, gender, any kind of sexuality, and the occult, but they are also being coached on how to avoid their parents and view their families as enemies when they view the Centers for Disease Control’s (CDC) harmful internet chats. The platform Q Chat Space is advertised on the CDC’s LGBT Health Youth Resources page.

The CDC is teaching children how to avoid detection by their parents, reject their families, and embrace a “chosen family” consistent with whatever lifestyle choices they may be interested in. The truth is that children are being led into a life of confusion, mental health maladies, and dependency on psychoactive drugs to help them cope.

If someone, as recently as only two years ago, alerted parents that the Center for Disease Control (CDC) was behind this shocking corruption of children, that person would be deemed a crazy conspiracist.

The CDC is self-described as “the nation’s health protection agency, CDC saves lives and protects people from health, safety, and security threats.” But who is protecting the nation’s children from the CDC?

The David Horowitz Freedom Center and others have been warning about the “progressive” agenda for decades, but have been dismissed by Leftist apologists and mainstream media as “far right” and hateful.

The Centers for Disease Control (CDC) is promoting to youth an online chat space that discusses sex, polyamorous relationships, the occult, sex change operations, and activism, and is specifically designed to be quickly hidden while being used. It also mixes LGBT adults and children and is run in part by Planned Parenthood.

Called Q Chat Space, the platform is advertised on the CDC’s LGBT Health Youth Resources page, archived here. The chat service, which describes itself as “a community for LGBTQ+ teens,” is available for those ages 13-19, can be hidden from parents, and focuses on a number of mature themes.

Q Chat hosts conversations on a number of different mature and sexual topics, including “Drag Culture 101,” “Sex and Relationships,” and “Having Multiple Genders,” intended for ‘Bi/Pan Youth.”

One chat celebrates Ru Paul’s Drag Race while another is called “Queer Youth Activism,” which is intended for “youth of color.”

Q Chat also features conversations on “Gender Affirmation Surgeries,” as well as on hormone replacement therapy. The chats are used in part to tell children “where you can find resources” related to their transition.

There are also chats on astrology, including “self discovery in astrology” and one titled “Queering Tarot,” a reference to tarot cards commonly used in occult practices.

The sexually, politcally, and even spiritually charged material is intermixed with content that appeals to young children, such as conversations on video games, Pokemon, and StarWars.

One meme posted on Q Chat’s Instagram page displays a Trojan horse, explaining that children may realize they’re queer after “learning about queerness” from their friends.

The chat seems specifically designed to be concealed from parents and family members. Each section of the website has a large button on the bottom of the screen that says “Click/Tap here for a quick escape …” and shows a stick figure running towards an exit. When clicked, the button takes users to the Google homepage, hiding the site.

One of the rules of Q Chat is to “Keep confidentiality” and agree that “what’s shared here, stays here.”

An academic article about Q Chat, published on the National Library of Medicine website, praised the service for its ability to be hidden from parents, saying that “The platform’s chat-based nature likely helps youth avoid concerns about family members accidentally overhearing their conversations.”

But while the chats are designed to be hidden from parents and family members, one chat session was called “Finding Chosen Family,” while another was titled “how to deal with family during the holidays.”…

Q Chat is run in part by Planned Parenthood, which Breitbart News recently revealed offers hormone replacement therapy to minors and has claimed that transgender identity can be “cemented early in elementary school.” Planned Parenthood has also promoted Q Chat in a video posted to their Tumblr account….