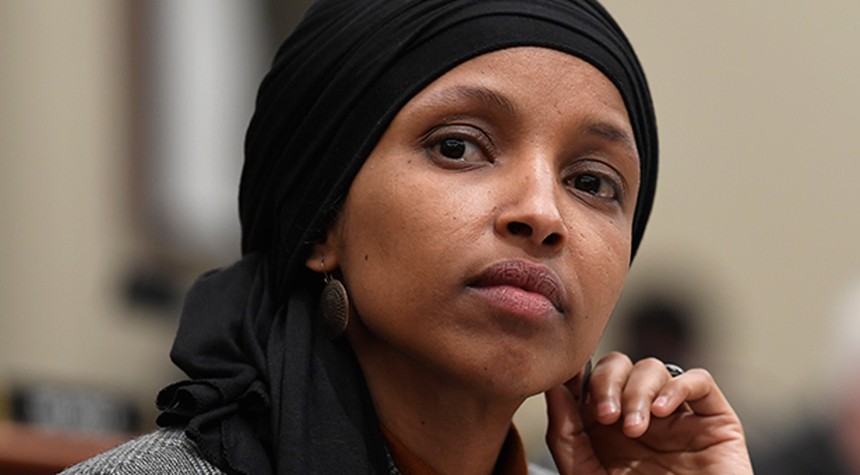 Amid all the division and strife in America today, there are a few bright spots. The Somali singer Suldaan Seeraar was making his first appearance in North America on Saturday night at the Target Center in Minneapolis, and the place was packed with his expatriate countrymen, eager to see the show. But then who should show up to spoil the moment but the ardently patriotic and notably charming Rep. Ilhan Omar (D-Mogadishu), who was treated to a remarkable display of how unpopular she has become with her core constituency. Is Ilhan Omar headed for a lucrative commentator job on MSNBC? Hey, America is the land of hope.

According to the Daily Wire, “as Omar was introduced on stage with her husband, the crowd began to boo loudly. Some other performers on stage told the audience, ‘don’t do this,’ as they continued to boo Omar. ‘Okay, okay, okay, okay, okay, we don’t have all night,’ Omar said as the crowd kept booing.”

Watch Ilhan Omar get booed for a minute straight at a concert in Minnesota featuring a Somalian singer pic.twitter.com/aop1sWJSaS

The husband in question was not Omar’s famous brother, but her latest better half (who doubles as her political strategist), Tim Mynett. That in itself may have been part of the reason why the crowd was so unhappy to see her. The marriage raised eyebrows in Muslim communities, as Islamic law forbids Muslim women to marry non-Muslim men. The controversy over this largely died down when Mynett reportedly converted to Islam, but clearly, some ill will and suspicion linger. Strikingly, Omar has never received blowback from within the Muslim community for her notorious marriage to her brother, as it is generally understood to have been a fiction for immigration purposes, so as far as the guardians of Islamic morals were concerned, no harm was done.

Another aspect of Omar’s tumultuous time in the House of Representatives that isn’t likely to have angered the Somalis in the land of Harmon Killebrew and Lou Grant is her relentless anti-Semitism. Most recently, Omar rushed to judgment over the killing of Al Jazeera journalist Shireen Abu Akleh, tweeting: “She was killed by the Israeli military, after making her presence as a journalist clearly known. We provide Israel with $3.8 billion in military aid annually with no restrictions. What will it take for accountability for these human rights violations?” In reality, it is much more likely that a bullet fired by a Palestinian killed Abu Akleh.

The Somalis of Minneapolis are much more likely to have been still angry at Omar for tweeting on June 1: “Happy Pride Month! We won’t stop fighting until all LGBTQ+ Americans can live free from discrimination.” This was not surprising or controversial coming from a far-Left congresswoman, but Omar is also, after all, a hijab-wearing Muslim, and many observant Muslims were enraged. Islamic law depicts Muhammad as saying: “Whoever you find doing the action of the people of Lot, execute the one who does it and the one to whom it is done.’” (Sunan Abu Dawud 4462) The “people of Lot” are the people of Sodom and Gomorrah, and so this statement became the basis for the death penalty for homosexuals in Sharia states. No room for Pride Month there.

Related: Ilhan Omar Once Again Shows How Much She Hates America

In line with that, one Muslim reminded Omar about a warning from the Qur’an against following the ways of the unbelievers: “They will never be pleased with you unless you follow their ways. Say, ‘God’s guidance is the only true guidance.’ If you were to follow their desires after the knowledge that has come to you, you would find no one to protect you from God or help you” (2:120). Mohammed Hijab, a prominent Islamic spokesman and debater in Britain, tweeted: “Do you understand that Islam prohibits homosexual sexual practices? Have you left Islam?”

No, she hasn’t, but Ilhan Omar is trying to keep the Leftist/Islamic alliance together, and it isn’t always easy to please both sides. Does the unkind reception she received at the Suldaan Seeraar concert in Minneapolis suggest that she may not have to worry about keeping this alliance together much longer? This is unlikely, as she is still a rising star in the Democrat Party, and the party is unlikely to let her suffer any electoral humiliation. The party will pull out all the stops to make sure she is reelected because not to do so would be racist, misogynistic, and Islamophobic all rolled into one. And so the Somalis of Minneapolis will almost certainly get plenty more opportunities to boo her.

Biden Mocked for Ordering Gas Stations to Bring Down Prices 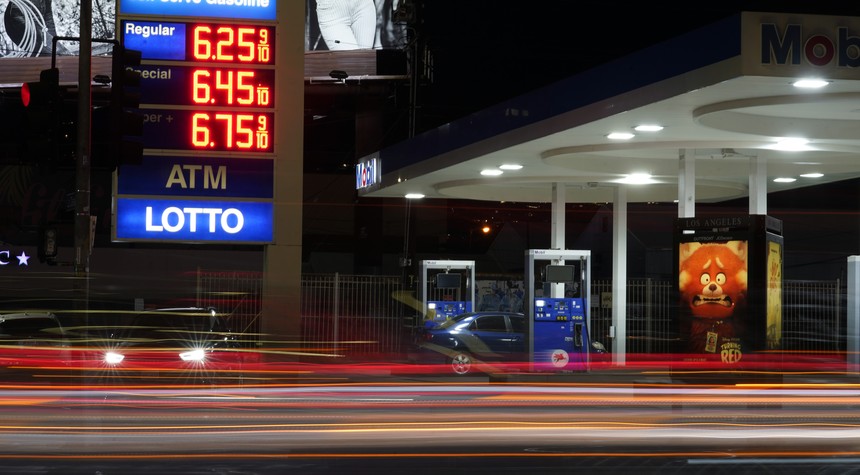 Do we need to give prospective presidents an economic literacy test? There’s little doubt that, judging by this tweet, Joe Biden would get an “F.”

My message to the companies running gas stations and setting prices at the pump is simple: this is a time of war and global peril.

Bring down the price you are charging at the pump to reflect the cost you’re paying for the product. And do it now.

Wow. Jeff Bezos accused the U.S. president of either deliberately misleading the public or lacking a “basic” understanding of the forces that actually drive prices.

Ouch. Inflation is far too important a problem for the White House to keep making statements like this. It’s either straight ahead misdirection or a deep misunderstanding of basic market dynamics. https://t.co/XgKfEICZpk

Biden apparently doesn’t know that gas station owners are mostly independent small businesses whose razor-thin profit margins make it impossible to willy-nilly lower prices at the pump just because the president orders them to.

Shut up and sit down you weasel handler!

We are NOT in a war and ma & pa gas station owners ARE making their prices to reflect what they’re paying for it. https://t.co/3AbgQX24Ek

At least the Chinese agree with Biden. They mocked the American president for proving their point about “capitalist exploitation.”

In response to Biden’s demand that oil companies lower their prices, the president was trolled by Chinese state media.

“Now US President finally realized that capitalism is all about exploitation. He didn’t believe this before,” wrote Chen Weihua, EU Bureau Chief and columnist for China Daily, an English language media outlet owned by the Chinese Communist Party.

Biden’s unseemly begging comes on the heels of a White House advisor’s warning that we must suffer these high prices for fuel because “This is about the future of the liberal world order, and we have to stand firm.”

Biden himself suggested Americans are just going to have to grit their teeth and get used to it. At a press conference in Madrid, he made it clear that the high prices would be with us as long as Ukraine could convince the United States to stand with them

Q : The war [in Ukraine] has pushed [oil] prices up.  They could go as high as $200 a barrel, some analysts think.  How long is it fair to expect American drivers and drivers around the world to pay that premium for this war?

THE PRESIDENT:  As long as it takes, so Russia cannot, in fact, defeat Ukraine and move beyond Ukraine.  This is a critical, critical position for the world.  Here we are.  Why do we have NATO?

“So Russia cannot, in fact, defeat Ukraine and move beyond Ukraine,” is very cold war-ish, don’t you think? It was the rationale used by the right in every American intervention during the Cold War. The left mocked any notion of Russian expansionism at the time as childish and an excuse for imperialism.

Supplies wouldn’t be short and prices wouldn’t be as high if Biden had continued the policies of Donald Trump that made America virtually energy independent.

Biden is going to Saudi Arabia later this month, hat in hand, to beg the Kingdom to open the spigot and pump more oil. What’s worse is that Biden refuses to take any responsibility for gas prices spiking. He has blamed everyone else for his failures. This latest idiocy demonstrates a shocking ignorance of basic economics and a childish political effort to evade blame.