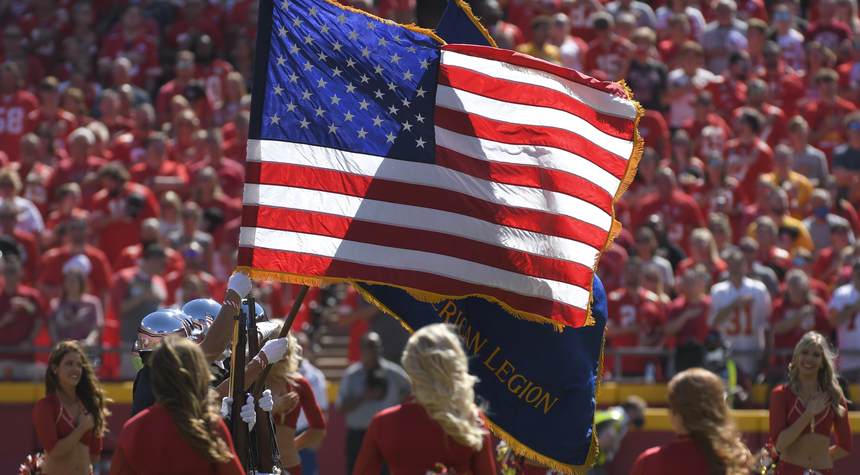 Democrats have been acting as if they hate America for quite some time: if Old Joe Biden were a subversive bent on destroying the nation, what would he be doing differently? But now it’s all out in the open: in Arizona, the Pima County Democrat Party (PCDP) on Friday tweeted an ad for a women’s march in Tucson entitled ‘F**k the 4th.” It’s a hierarchy of values: the Pima County Democrats would rather be hanged or drawn and quartered than tweet “F**k Juneteenth,” but Democrat leaders were so confident in their base’s hatred for America that they had no trouble heaping abuse on Independence Day.

For those who missed it before @PimaDems deleted the tweet I was referencing, here it is. Their “F*** the 4th” event may be in line for some rebranding. https://t.co/JjztuqdDoM pic.twitter.com/yjLnLF9NdP

When the predictable firestorm ensued, however, Pima County Democrat officials quickly deleted the tweet and tweeted a clarification that was as weaselly and disingenuous as the first tweet was vile and revolting: “PCDP posted a graphic advertising a women’s march which, we agree, was in poor taste. We were eager to share the event, and in our haste we used the graphic provided by the event organizer. That was a mistake, and we will do better.”

Yeah, no. While the Pima County Democrat Party would now have you believe that this was a simple matter of a careless or indifferent low-level staffer posting an offensive graphic without doing due diligence, the PCDP didn’t just post the graphic. In the original tweet, the PCDP also wrote: “F*ck the Fourth. See you at Reid Park,” the site of the Tucson Women’s March. So the Democrats clearly endorsed the Women’s March’s hatred and contempt for America, right up until they realized that they were going to pay a political cost for doing so.

And even then, the clarification went on to reaffirm the PCDP’s support for the “F**k the 4th” event: “Make no mistake, however. We support the event which will be on July 4 at 7 pm at Reid Park. The event was organized to help women in our community grieve for the loss of their bodily autonomy, which we consider an elemental right. Our posting of the graphic upset some people. We urge you to save your outrage for the women in this state who will die of botched abortions. Arizona is not a good place to be a woman right now.”

Yes, it’s a terrible thing that women in Arizona will have a harder time killing their babies than they did before, but the PCDP didn’t bother to explain why their disagreement with a Supreme Court decision would lead them to hurl a vulgarity at the Independence Day celebrations. Pro-lifers dissented from Roe v. Wade for nearly fifty years, and never once expressed hatred for America or July 4. But for the PCDP, well, that escalated quickly, didn’t it?

Related: The Selective Patriotism of the Left

The state party, however, did try to put a good face on the incident, but only ended up making matters worse: “The Arizona Democratic Party does not agree with the language used to publicize a 4th of July event happening in Tucson. We believe there can be room for both celebration and criticism. That is at the core of American freedom.” This was an exercise in misdirection, in service of the Left’s larger effort to portray conservatives as authoritarian foes of “our democracy.” The objection to the PCDP’s initial tweet was not that it contained criticism; it was that it contained foul language condemning America’s Independence Day itself. But it is characteristic of the Left, bereft of intellectual arguments, to set up a straw man and knock it down instead of dealing honestly with the actual issue at hand.

Anyway, now we know: the Democrats hate America and aren’t shy about saying so if they think they will not get significant pushback. Those whom they hate and vilify have expected this for years, and now we have definitive confirmation. 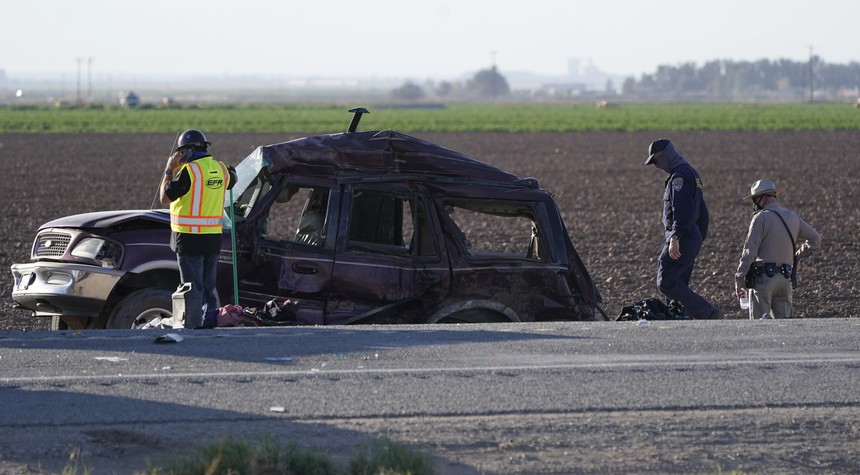 A recently rediscovered video shows Joe Biden as a 2020 presidential candidate inexplicably declaring, “I don’t count drunk driving as a felony,” to the astonishment of his stunned interviewers.

To put his statement in context, Biden’s baffling declaration of the insignificance of DUI for illegal immigrants came during a VICE news town hall on minority issues. He was asked about his stance on illegal immigration and deportation of immigrants who have been convicted or charged with felony law-breaking while in the United States. The Democratic candidate promised listeners that if he was elected to the White House in 2020, he would waste no time issuing an executive order (EO) that would prohibit U.S. Immigration and Customs (ICE) agents from deporting any illegal immigrant who had not committed a felony. In essence, Biden said he would decide the seriousness of a crime, not law enforcement.

Sadly, and true to his word, on January 20, 2020, newly-elected President Joe Biden signed numerous EOs reversing four years of his predecessor Donald Trump’s EOs curbing illegal immigration and requiring ICE not to enforce our country’s existing immigration laws. One early Biden EO in particular not only reversed the Trump-era gains of E.O. 13768 but further loosened American immigration policies by allowing the ICE Director to determine who must leave the country. This loosening took immigration enforcement from having the goal under Trump of “enhancing public safety” by protecting American citizens to one of protecting illegal immigrants from “financial hardship and risk [of] falling into poverty” and “the trauma of separation.”

While context is always essential in any video clip, Biden’s statement is shocking, especially in light of problems with the law members of his own family have had, such as the 2019 DUI arrest and conviction of Biden’s thirty-three-year-old niece, Caroline, and the drug possession arrest of Biden’s son, Hunter. According to The New York Post, the Biden Family has quite the rap sheet — and don’t forget, these are just the crimes they’ve been caught and arrested for so far:

Biden’s DUI comment is even more incredible, coming on the heels of the recent DUI arrest of Speaker Nancy Pelosi’s husband, Paul. And even though Paul Pelosi is not a member of the Biden family, with a powerful friend like Biden (who doesn’t believe a DUI is any big deal), will Pelosi’s husband really face any substantial consequences for his reckless behavior? We don’t recommend holding your breath, dear readers.

And let’s not forget, Joe Biden is the very same man who for years falsely and repeatedly claimed the horrific car accident that took the life of his first wife and his baby daughter was caused by a drunk driver. It absolutely was not.

Sandy Steinbrook: Farmers Are Sounding the Alarm/ Food Prices are Going to Increase

A Letter of Warning From a Farmer! Food Shortages are Coming!

Caligula’s Horse in the Senate, Biden’s Dog in the Department of Energy Biden’s handlers bring us to the late, decadent stage before the destruction. 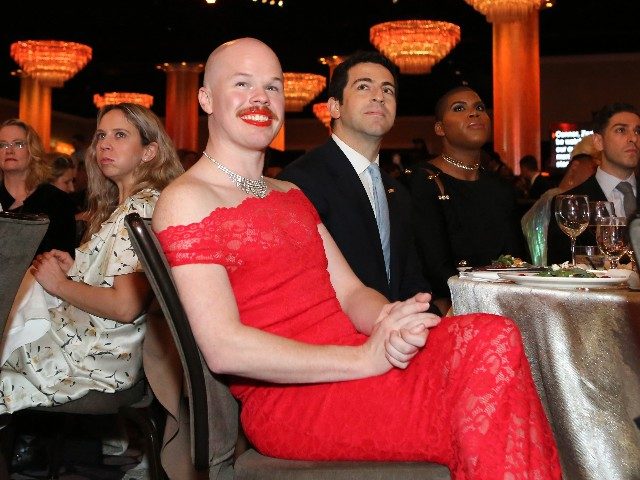 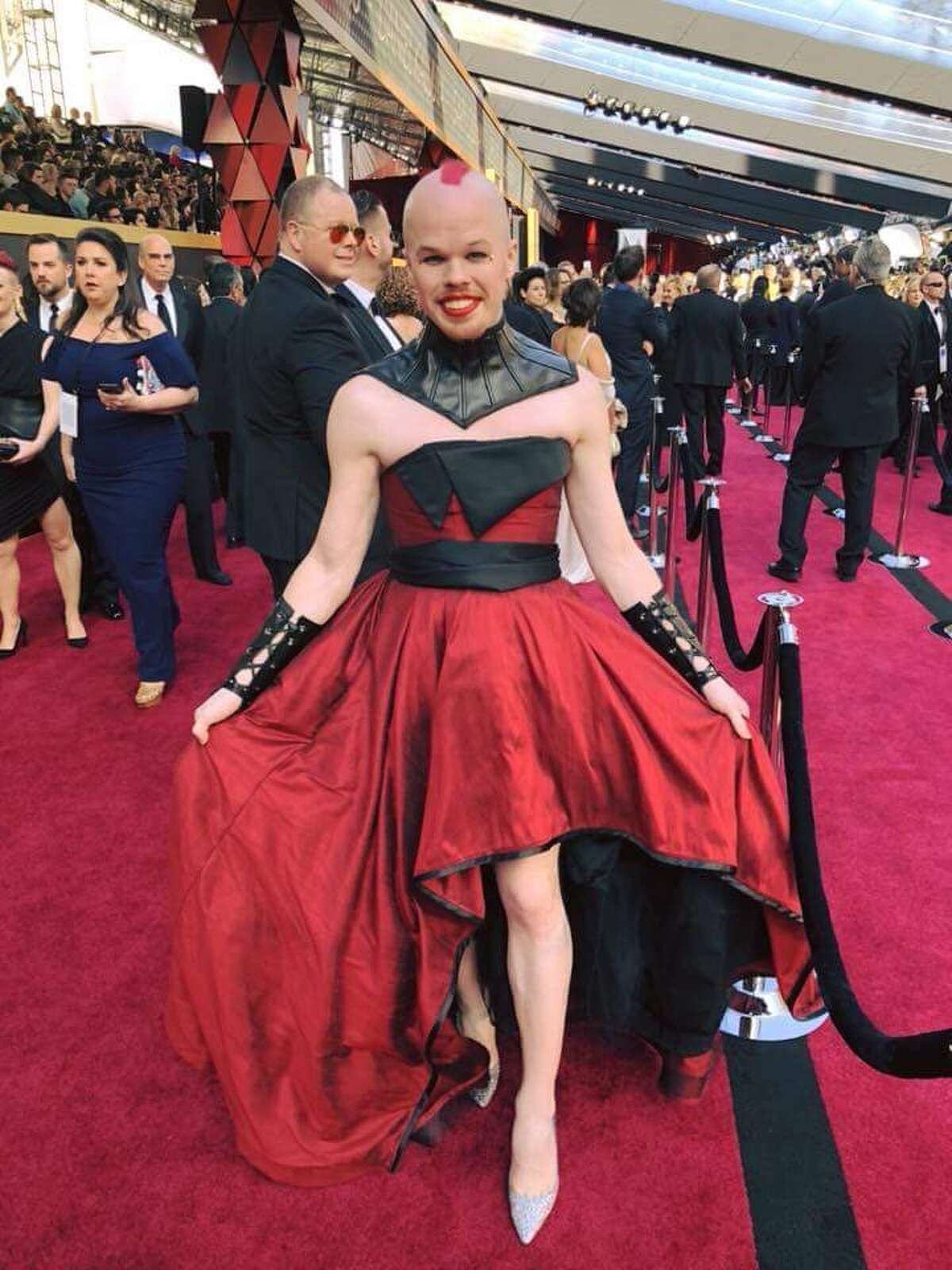 Back in the days of Roman imperial decadence, at least according to legend, the emperor Caligula demonstrated his unfitness for office and the dangers of public indifference and complacency when he appointed his horse Incitatus a senator. Woke America hasn’t reached such an advanced stage of imperial decadence that we have a horse in the Senate; all we have is a dog in the Department of Energy.

Sam Brinton (“they/them”) tweeted happily on Wednesday: “It’s official. As of June 19th, I now serve my nation as the Deputy Assistant Secretary for Spent Fuel and Waste Disposition in the Office of Nuclear Energy in the Department of Energy.” He attached a photo of himself that was apparently taken in his office; in it, a smirking, lipsticked Brinton, hands on hips, is wearing a belted sleeveless red jumpsuit (or something) with American flag-themed high heels and a chain necklace.

Brinton modestly omits mention of the fact that he is the first canine to serve in the Department of Energy. In a 2016 article in Metro Weekly, he speaks at length about “puppy play” (he is identified only by his first name, but an accompanying photo makes it clear that Sam in the article is Brinton. The new Deputy Assistant Secretary explains: “I actually have trouble when we transition from pup play to having sex. Like, ‘No, I can’t have you whimper like that when we’re having sex,’ because I don’t want to mix that world. It’s interesting because he doesn’t have to come out of pup mode to have me f**k him. I personally have to bring him out of pup perception for me. But then I’m still treating him as a submissive to me.”

The nuclear energy expert defends all this against those strait-laced bigots who might object: “I’ve honestly had people ask, ‘Wait, you have sex with animals?’ They believe it’s abusive, that it’s taking advantage of someone who may not be acting up to a level of human responsibility…. The other misperception is that I have some really messed up background, like, did I have some horrible childhood trauma that made me like to have sex with animals.”

He may not have mentioned all this Wednesday because, in typical Leftist fashion, he claims that an earlier announcement of his appointment had led to him receiving threats. It’s funny how Leftists are responsible for the overwhelming majority of the political violence in America today, yet Leftist politicians and officials routinely claim that they’re constantly being harassed by racist, redneck, MAGA hat-wearing yahoos. Brinton tweeted: “Due to the concern of negative and threatening responses like we saw in my previous announcement, including more than a hundred death threats and more vitriol than I could have imagined, I held off announcing my official start until I could be safe and secure in my new role.”

There is more. Read the rest here.