Get Ready for $1 Per Egg: USDA Forecast Predicts Highest Food Inflation Since 1980 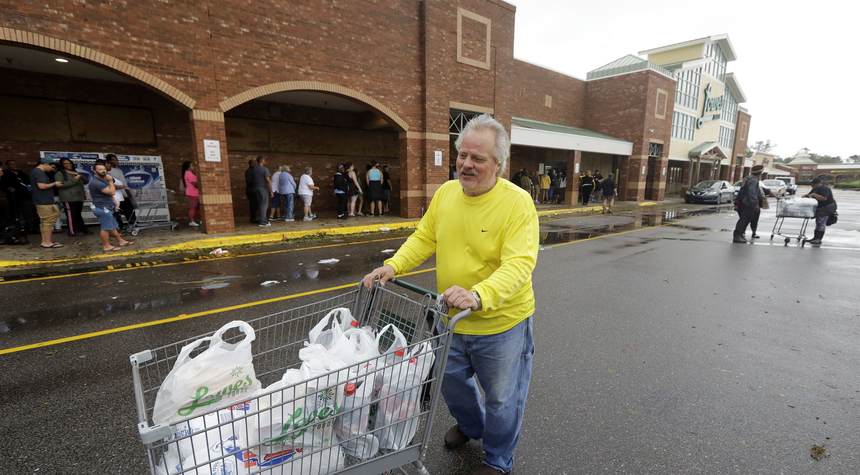 The topic of inflation is in the news nearly every day and is now the top concern among voters in most polls. Things are likely to get even worse.

Most Americans are familiar with the all-items Consumer Price Index (CPI). This metric is based on changes for all consumer goods and services. However, the U.S. Department of Agriculture (USDA) Economic Research Service measures the changes to retail food prices only. The agency’s May Food Price Outlook should add to voter concerns.

While the all-items CPI for April was 8.3%, food alone increased by 9.4%, according to the USDA. Food consumed at home also increased more than the price of food away from home. Grocery store and supermarket purchases rose 10.8% year over year in April. The USDA’s forecast for May predicts the cost of food will increase again and significantly by fall.

All of the crises the Biden administration created are converging and could cause food insecurity for the first time in the living memories of many Americans. Biden’s “Not in My Backyard” energy policy halted domestic fossil fuel production while he still begs some of the worst regimes in the world to drill more oil. That leads to higher fuel costs with or without Russian President Vladimir Putin’s invasion of Ukraine. And higher fuel costs impact farm operations and all forms of transportation.

Putin’s adventurism has caused fertilizer prices to skyrocket. Nearly all of the input costs of growing and harvesting the food and then getting it to the shelf in your store are rising the same way the price at the gas pump is.

Issues beyond the control of the administration are compounding the problems it has caused. For example, a highly pathogenic avian flu has affected approximately 38 million chickens. The price of eggs increased 10.3% in April. The UDSA predicts an increase between 19.5% and 20.5% year over year in 2022. That could mean $1.00 an egg. Poultry prices will rise as much as 9.5%.

Fish and seafood are rising rapidly too. The prices in April were 11.9% over the same month in April of 2021. Dairy consumption is up, and prices followed the trend with a 2.4% increase in April alone. Predictions for both categories were revised upward to 7-8% for 2022. Other proteins are getting more expensive too:

All of the predictions in the May report from the USDA are subject to upward revision. The current projections are the highest increases since the last year of the Carter administration. In 1980, the price of food increased by 8.59%. Since then, 2.95% is the average annual inflation for food. This year we see a similar rise for some types of food in a single month.

Perhaps that is why the Biden administration is desperately trying to deflect from the economy to other issues heading into the 2020 midterms. President Jimmy Carter only won five states as the incumbent who had presided over runaway inflation. Polls indicate President Biden’s unpopularity will significantly affect down-ballot races in the midterms. Comments like this from Biden do not help. He added food prices at the end of his remarks on fuel:

BIDEN: "The idea we're gonna be able to, you know, click a switch, bring down the cost of gasoline is not likely in the near term." pic.twitter.com/lXNtUZzzbs

Americans are also not buying the Biden administration narrative that the price increases are Vladimir Putin’s fault. According to a new poll from the Convention of States Action in partnership with the Trafalgar Group, 60% of likely 2022 election voters believe President Biden’s policies and spending are the primary reason for rising inflation. This result includes 87.9% of Republican voters and 61.1% of independent voters.

These voters will be reminded of the rising costs and increasing shortages every time they go shopping. A significant majority also knows whom they blame for the problem. “Despite being told every day that Putin is responsible for virtually anything they’re not happy with–from inflation to baby formula to gas prices–a sizable majority of voters clearly believe it is President Biden and the Democrats, and not Moscow, who is responsible,” said Mark Meckler, president of Convention of States Action. “The failure of Biden’s Administration to take simple, common-sense steps to bring Americans relief is both cruel and indefensible.”

The USDA’s monthly report indicates it may feel more cruel and indefensible before voters cast their ballots in November.