It's time to delete my channel and start rebuilding something that can't be constantly banned by YouTube. If you'd like to contribute to some of the costs of the website, app, and hosting for the new platform, you can chip in here:

How to BLOW UP by Deleting Your YouTube Channel!

Since a ton of people are complaining that I'm deleting my Acts17Apologetics YouTube channel, it's time to explain the 100% effective method of blowing up by deleting your YouTube channel!

(Natural News) Last year, an international biosecurity conference was held in Munich that simulated a “global pandemic involving an unusual strain of monkeypox.” And guess when monkeypox was scheduled to appear on the world stage? Mid-May 2022.

Attendees at the conference were told that by May 15, 2022, monkeypox would appear out of nowhere and begin spreading. At first, the fallout would be minimal, but by January 10, 2023, the death toll is scheduled to reach 1.3 million people. And by the end of 2023, hundreds of millions of people will be dead from monkeypox.

By the end of 2022, it is to be revealed that the unusual monkeypox strain in circulation is resistant to all vaccines. This is to add more fear and paranoia surrounding the virus, allowing “national responses” that likely include even more medical tyranny than what was seen throughout the covid plandemic.

The supply chain will continue to degrade throughout this time, only to culminate in mass chaos and destruction that will be blamed on a “terror group,” the simulation revealed. “Infiltration of a civilian bio lab” will be dubbed the cause of the new global monkeypox plandemic.

“Monkeypox was first identified in 1958, but there’s never been a global Monkeypox outbreak outside of Africa until now – in the exact week of the exact month predicted by the biosecurity folks in their pandemic simulation,” writes Michael P. Senger on his Substack blog. “Take these guys to Vegas!”

Corporate media fearmongers like The Atlantic‘s Ed Yong, who previously wrote numerous hysterical pieces about covid, is already drumming up a fresh firestorm of fear over monkeypox. His latest exposé claims that monkeypox is especially scary because it is being unleashed “in the third year of a pandemic,” referring of course to covid.

Dr. Eric Feigl-Ding, a Ph.D. at the Soros Fellowship for New Americans, is also spreading fear all over Twitter about how monkeypox is supposedly spreading across the United States and Canada.

“Twitter epidemiologists Jennifer Nuzzo and Bill Hanage are on the scene – but still no word from them as to whether they see anything strange about the first-ever global Monkeypox outbreak occurring in mid-May 2022, a year after they acted as advisers on an international biosecurity simulation of a global Monkeypox outbreak occurring in mid-May 2022,” Senger further writes with joking wit.

The World Health Organization (WHO), which just so happens to be convening this week to demand that all member nations, including the United States, hand over their sovereignty and allow the United Nations arm to make everyone’s medical decisions from here on out, also convened an “emergency meeting” to deal with this new “crisis.”

And the United States, of course, is hot on the scene as well with a new Big Pharma partnership that will bring 13 million monkeypox “vaccines” into the country from manufacturer Bavarian Nordic.

“Event 201 was hosted in October 2019 – just two months before the coronavirus was first revealed in Wuhan – by the Gates Foundation, the World Economic Forum, Bloomberg, and Johns Hopkins. As with Event 201, the participants at the Monkeypox simulation have thus far been stone silent as to their having participated

in a pandemic simulation the facts of which happened to come true in real life just months later.”

More news coverage about monkeypox can be found at Outbreak.news.

LifeSiteNews Health Issues & Answers Correspondent AnneMarie Scheiber talks to Jim Hale about the globalists' plan for the next pandemic and the real story behind the baby formula shortage crisis.

IT’S NOT THE GUNS: America’s left-wing culture of DEATH and self-mutilation is a FACTORY that produces mass shooters

(Natural News) In the wake of the mass shooting yesterday in Uvalde, Texas, we must remember that on the very same day, over 2,700 human babies were murdered in America via abortion factories, according to reliable abortion estimates.

The same Leftists who demand abolishing the Second Amendment by falsely claiming it will stop shootings also celebrate the mass slaughter of human babies as they’re being born… or even after they’re born, via “post-birth abortions” that the Left celebrates. (See Abortions.news for full coverage.)

Don’t pretend for a second that the Left cares about the lives of children.

What they care about is stripping armed Americans of their last remaining line of defense against tyranny: The Second Amendment. Left-wing Marxists and tyrants know that if they can successfully take away firearms from the American people, they can then run whatever totalitarian scenarios they want, including rounding up conservatives and throwing them into concentration camps under the cover of an “outbreak.”

If Americans give up their guns, the radical left-wing fascists will treat the American people in the same way Australia’s government treats their citizens: Like prisoners in a giant prison camp.

Australia has just announced two years in prison for anyone breaking covid rules.

South Australia Labor Covid Madness Fines of up to 70k and 2 years jail for any individuals breaking Covid Rules…Welcome to Covid1984 pic.twitter.com/Le3lQe6zho

Never give up your guns. Not under any circumstances. To do so is to surrender to a murderous regime of criminals and tyrants.

The REAL cause of mass killings and murderous rage

The real cause behind mass killings in America is abundantly evident: Programming of kids through pop culture (media, Hollywood, music, violent, graphic video games), indoctrinating them with themes of satanism, self-mutilation (transgenderism), baby-killing via abortion, and invoking emotional rage against others. And if a child or teen begins to wake up and think outside the box, they get dosed with psychiatric drugs to keep them in line.

These are all things that are taught by the political Left in America today. The message to children and teens is crystal clear: Your life doesn’t matter at all. (This stands in contrast to the conservative, pro-Christian message which is that “Every life matters, including yours.”)

So if murder and self-mutilation is the message being pounded into the heads of children and teens, should we really be surprised when this twisted, demonic culture produces mass murderers who recognize no value in the lives of the innocent?

Our own government values no life at all. They invest in bombs and weapons of war. They set up false flag operations to murder innocent children in order to score political points (Oklahoma City bombing, anyone?). The FDA harvests the organs of murdered babies to use in medical experiments, all funded by your taxpayer dollars. Don’t pretend for a second that the government values life and wants to protect the innocent. They murder the innocent on a routine basis in order to enrich and empower themselves.

Get full details on all this and more in today’s uncensored, sometimes outrageous Situation Update podcast via Brighteon.com: 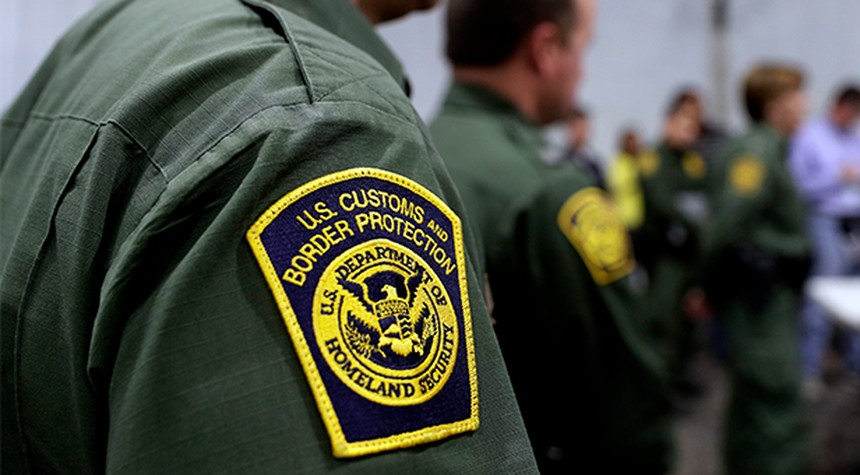 Details continue to emerge about Tuesday morning’s horrific mass shooting at a Texas elementary school, including how a member of the U.S. Border Patrol ended the murderous rampage of the 18-year-old shooter.

According to reports, it all began when the suspect shot his grandmother in San Antonio, Texas. He later led law enforcement on a high-speed chase culminating when he crashed his pickup truck 85 miles away in Uvalde, Texas. Next, the armor-clad shooter fled to nearby Robb Elementary School, where he began shooting and ultimately barricaded himself in a classroom.

A citizen called 911 while two local police officers exchanged gunfire with the shooter. Both officers were shot. According to the AP, a Border Patrol agent who was working nearby “rushed into the school without waiting for backup.” The shooter was killed by “an elite BORTAC Border Patrol agent [who] entered with a tactical team,” according to Fox News reporter Bill Melugin.

NEW: Border Patrol sources tell me an elite BORTAC Border Patrol agent is believed to have shot and killed the gunman at Robb Elementary School today. I’m told he entered with a tactical team while TX LEOs were engaged w/ barricaded shooter. Agent was injured. @FoxNews

Either way, a Border Patrol agent was injured in the exchange of gunfire with the shooter, however, the highly-trained agent was able to shoot and kill the barricaded gunman, ending his murderous shooting spree.

Sadly, overnight the death toll from this senseless act climbed to 19 children and two adults.

BREAKING: Texas DPS tells me there are now 19 children and two teachers confirmed dead in a mass shooting at Robb Elementary School in Uvalde, TX. @FoxNews

As many Robb Elementary families mourn, some are still awaiting word of their loved ones. We can only imagine how many more students and teachers would have died at the school if not for the brave Border Patrol agent who stopped the shooter with one of the very-terrible-no-good “assault weapons” the left is constantly bleating to ban. Of course, banning guns would only ensure no one will have them except criminals like this crazed shooter.

Thank goodness there are men and women who will run toward danger, but what if there isn’t a Border Patrol agent or law enforcement officer around next time? Do we really believe criminals and crazies will not kill again?

And there will be a next time as long as the left continues to fixate on guns and not the causational issues of the culture of death: rampant untreated mental illness; the destructive breakdown of the family; loss of real meaning and the value of life; lack of spirituality and purpose; and general hopelessness.