Mom speaks out on struggle to find baby formula

PATRIOT NURSE: Baby Formula Shortage: The REAL Issues You're NOT Being Told

The shortage of infant formula has created panic buying as well as alarm. There are other options for feeding babies besides conventional formula. There are herbal adjuncts to increase milk supply and restart lactation if the woman is no longer breastfeeding.

Pallets of baby formula being kept at border for illegals

As American parents hunt for baby formula amid a nationwide shortage, a Congresswoman from Florida relays a distressing message from a Border Patrol agent. One America's Chloe Hauxwell has more.

“An appearance of a conflict of interest.”

The corruption is so deep and endemic in Washington, you need wings to stay above it.

Undisclosed royalty payments estimated at $350 million from pharmaceutical and other firms to Dr. Anthony Fauci and hundreds of National Institutes of Health (NIH) scientists do present “an appearance of a conflict of interest,” according to the agency’s acting director.

Dr. Lawrence Tabak, who took over as NIH director following the December 2021 resignation of the agency’s long-time leader, Dr. Francis Collins, told a House Appropriations Committee subcommittee that federal law allows the royalty payments, but he conceded that they don’t look ethical.

“Right now, I think the NIH has a credibility problem and this only feeds into this, and I’m only just learning about this,” Rep. John Moolenaar (R-Mich.) told Tabak. “People in my district say, ‘Well, so-and-so has a financial interest,’ or they don’t like ivermectin because they aren’t benefitting from that royalty.

“You may have very sound scientific reasons for recommending a medicine or not, but the idea that people get a financial benefit from certain research that’s been done and grants that were awarded, that is, to me, the height of the appearance of a conflict of interest.”

“We support the science that validates whether an invention is or is not efficacious, we don’t say this is good or this is bad. … I certainly can understand that it might seem as a conflict of interest,” he said….

Moolenaar’s reference to Fauci was in regard to him telling The Associated Press in a 2005 article that first brought the NIH royalties issues into the headlines that he had donated his royalties to charity.

But the issue faded from the headlines after 2005, and it’s only now getting renewed attention as a result of revelations first reported on May 9 by The Epoch Times that documents obtained in a Freedom of Information Act lawsuit brought by a nonprofit government watchdog show an estimated $350 million in undisclosed royalty payments from pharmaceutical and other private firms to top NIH executives, as well as to hundreds of the agency’s health scientists and researchers….

BARNETTE DENIES SAYING: “Pedophilia is a Cornerstone of Islam.” BUT IT'S TRUE!

Does the Quran promote pedophilia? According to Mohammed Hijab, Surah 65, Verse 4 of the Quran does indeed promote sex with children. Hijab believes that one can only conclude that pedophilia is immoral by going to the Sunnah of Muhammad (who, by the way, married a six-year-old girl and had sex with her when she was nine years old). Is Hijab right? David Wood discusses the disturbing issue. 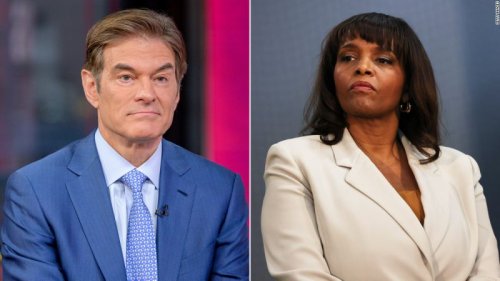 Analysis: Barnette surge due to GOP self attacks

Still, Barnette has received the backing of powerful conservatives. The Club for Growth, one of the most influential players in Republican primaries, endorsed her Senate bid this week and is spending some

$2 million on ads seeking to boost her candidacy in the final stretch of the primary campaign.

FAITH-BASED BARNETTE: "MAKE NO MISTAKE ABOUT IT, HOMOSEXUALITY IS A TARGETED GROUP IN THE BIBLE, RIGHT ALONG WITH CHEATS, DRUNKARDS, LIARS, FOUL-MOUTHS, EXTORTIONISTS, ROBBERS, AND ANY OTHER HABITUAL SIN"

Donald Trump confused a lot of people when he endorsed Dr. Mehmet Oz in the Pennsylvania Senate race, as Oz has never impressed anyone as an America-First type. In fact, he maintains dual citizenship in the United States and Turkey, even as Turkey has become increasingly hostile to the United States. Oz claims that he maintains Turkish citizenship only so that he can visit his ailing mother, but actually, visas to Turkey are easy to obtain, and Oz obviously has a much greater interest in Turkey than he has been willing to admit, having voted in Turkey’s most recent presidential election, in 2018. Now Oz is raising even more eyebrows among those who should be his core constituency by accusing his Republican primary opponent Kathy Barnette of “Islamophobia.”

Oz made this accusation to Martha MacCallum on Fox News when she pointed out that while Trump had criticized Barnette, he had also praised her. MacCallum asked Oz if he was worried that the former president was “hedging his bets,” which would be entirely understandable given the fact that Barnette’s views are much closer to Trump’s than Oz’s have ever been.

In his answer to MacCallum’s question, Oz opted to go on the attack. Trump, according to Oz, “said she cannot win in November. Frankly, every time Kathy tries to answer a question, it leads to a lot more questions, which is why she’s not answering any questions. Imagine if you’re a Democratic pollster or a partisan and you are watching a woman that said openly homophobic statements and Islamophobic statements, made all kinds of allegations in her past, we can’t even verify very important parts of her history.”

Trump supporters might wonder why Oz is worried about what Democratic pollsters will think. Many would no doubt say that the problem with far too many Republican elected officials is that they’ve been much more concerned about what Democratic pollsters might think than they ought to have been. Trump supporters are generally hungering for politicians who will do what is right for America and Americans without being worried about how what they do will play in the eyes of socialist internationalists who have consistently put the interests of other countries and their own bank accounts above any concern for the well-being of the actual citizens of this country.

In fact, while Oz is upset about Barnette’s alleged “homophobia” and “Islamophobia,” Trump supporters are likely to value a genuinely America-First candidate even above the interests of the LGBTQ lobby and Hamas-linked Islamic groups in the United States. Mediaite referred darkly to “some of Barnette’s controversial past statements, including comparing Islam to Nazism.” This was designed to make the sheep who read Mediaite think that Barnette had sinned unforgivably against the noble religion of peace, but here is what Barnette actually said:

That’s not actually comparing Islam to Nazism at all. Barnette was merely saying that everyone agrees that some worldviews, i.e., Nazism and Stalinism, can be and should be rejected and criticized. She also pointed out that to criticize Islam did not mean that one was racist, as Islam is not a race. She did say “if you reject Muslims,” but this was in the context of her explaining that one may reject ideas; it was certainly not a call for any kind of vigilantism, violence, or anything of the kind.

What’s more, Trump supporters saw exactly the same “Islamophobia” charge brought against Trump himself when he tried to restrict immigration from a handful of countries that would not or could not provide adequate information about the people wanting to enter the U.S. It’s unlikely that they will be impressed by Oz’s charge of “Islamophobia” now.

Oz, however, complained that Barnette “won’t respond to questions from anybody, it’s difficult to vet her in a way that Republican primary voters will find acceptable.” He added: “Thankfully, President Trump already said I’m the America first candidate.”

Yes, he did. But so far, Oz himself has not done much in the way of proving him correct.