BANNED BY AIRBNB: Hello, Patriots! This is a Special Alert from Michelle Malkin for May 2, 2022. 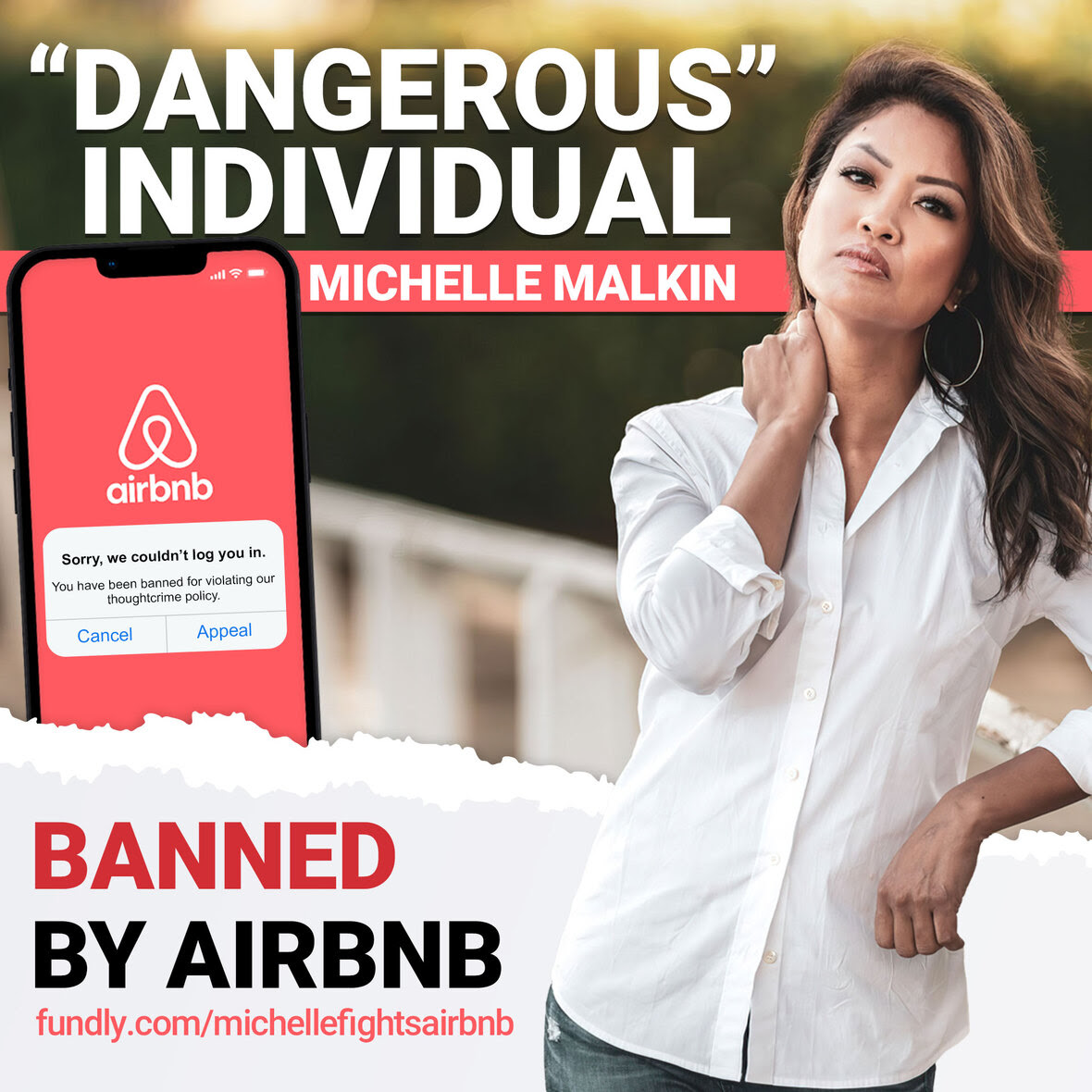 The speech that got Michelle banned from Airbnb!