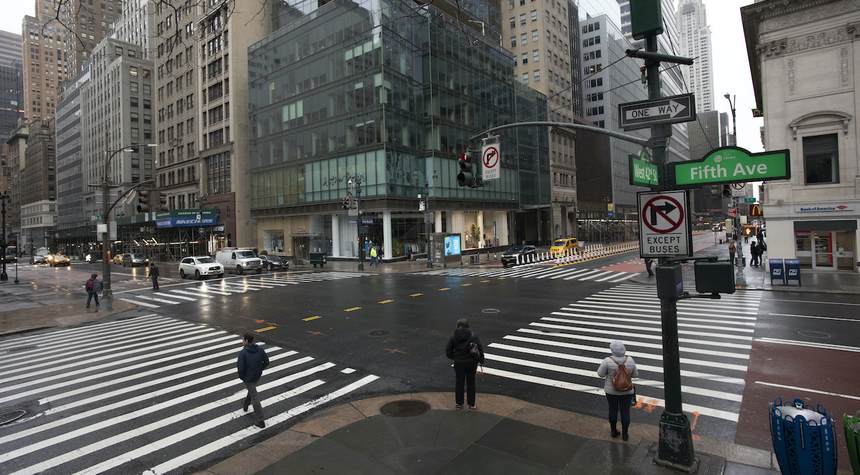 ‘I Hope You Die’: The Murderous ISIS Jihadi From New York City You Heard Nothing About

Ali Saleh, 28, was born and raised in the Jamaica, Queens neighborhood of New York City, in idyllic circumstances: according to court documents, he came “from a loving home, surrounded by parents and siblings, and was both educated and employed.” Yet despite the fact that we are constantly told that ignorance and deprivation cause terrorism, Saleh’s enviable upbringing didn’t prevent him from turning to the dark side. Wednesday, he was sentenced to thirty years in prison after pleading guilty to aiding the Islamic State (ISIS). He gives every indication of being as hardcore an adherent as the jihad terror organization ever had. And one question that no one seems to be asking is: Where did he get these ideas in Queens?

In addition to the 30 years for aiding ISIS, Saleh was also sentenced Wednesday to eight years and four months in prison for assaulting a federal correctional officer. According to the Justice Department, “on July 13, 2018, at approximately 12:35 p.m., while a senior correctional officer was retrieving trash through an access slot of Saleh’s cell, Saleh reached through the slot and slashed the officer with an improvised knife, lacerating the officer’s right forearm and damaging the officer’s radial nerve.  Saleh smiled at the officer and said, ‘I hope you die.’” Charming guy.

That was after Saleh amassed a long record of support for the world’s most brutal and murderous jihad terror group. Matthew G. Olsen, assistant attorney general for the Justice Department’s National Security Division, stated that “Saleh made numerous attempts to travel overseas to join ISIS, and when those efforts failed, attempted to assist others in joining the terrorist organization.”

Saleh made reservations that day to fly to Turkey, from which he was presumably planning to make his way into the Islamic State’s domains, but his parents stopped him by taking away his passport. Thus stymied, Saleh began helping ISIS in other ways. In October 2014, he sent $500 to a Muslim in Mali to help him get to Islamic State domains. He also aided others who wanted to help the Islamic State.

In July 2015, he apparently began plotting a jihad massacre in New York City. According to the Justice Department, “Saleh purchased 48 pyrotechnic mortars (large, tube-fired fireworks described as ‘artillery shells’ on the packaging and containing explosive powder), stored them in a hidden area in the trunk of his car, and drove towards New York City.” On his cell phone, Saleh “detailed instructions regarding how to create a bomb, including a hand-thrown improvised explosive device, a pipe bomb, and a pressure cooker bomb, using explosive powder from fireworks. Saleh’s fireworks were sufficient to create multiple hand thrown IEDs or a pressure cooker bomb.” However, his car broke down on the way to New York City, and that was the end of that plot.

Related: Besides All the Crime in Chicago, There’s Also Jihad Terror Plotting

After that, Saleh tried again to get to Islamic State domains but kept on being stymied in his attempts to buy tickets, as it appears that by this time he had come to the attention of law enforcement. He changed his social media handle, and grew even more brazen: on August 24, 2015, Saleh wrote, “I am a terrorist.” A week later, he declared: “If they aren’t implementing shariah [Islamic law] grab ur gun and implement shariah and see how fast the world turns against u.”

Finally, in September 2015, he was arrested. Since then, Saleh has shown no sign of having changed his world view: he “has assaulted numerous federal correctional officers and staff members, crafted weapons from materials in prison, broken cell windows and light fixtures, damaged property, initiated false emergency alarms, and set fires.”

Key questions remain unanswered, and apparently unasked by law enforcement officials: Where did Ali Saleh learn his understanding of Islam? What does his local mosque teach? How many others like him are being recruited for jihad in the United States even now? Law enforcement officials remain resolutely indifferent to such questions, in the interests of avoiding appearing “Islamophobic.” And that only ensures that there will be more Ali Salehs.