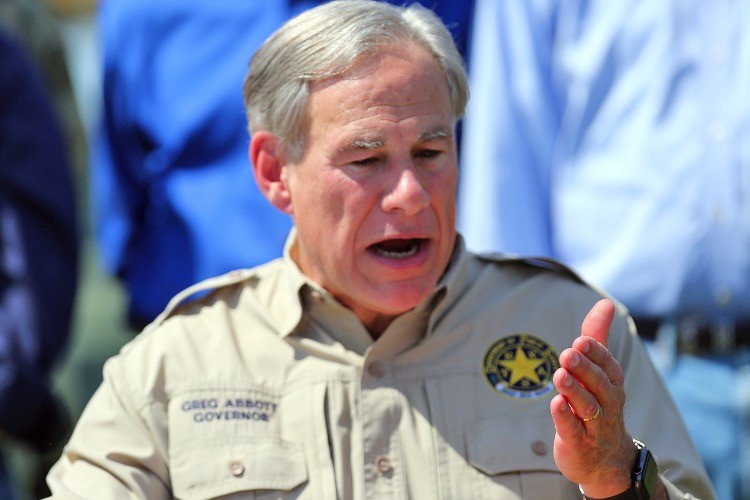 Gov. Greg Abbott says the Biden administration 'completely abandoned' ranchers, residents in Texas and 'all the people who live on the border,' arguing that the president is 'putting them in danger.'

On Sunday, Texas Governor Greg Abbott, a Republican, told Fox News that the situation at the U.S. Southern border with Mexico has deteriorated to the point where “aggressive” Mexican cartels feel emboldened to fire on National Guard troops patrolling the area for illegal immigrants. Abbott further stated that the Biden administration has “abandoned” the people living on the U.S. side of the border.

Abbott made the comments on Fox News’ Sunday Morning Futures with Maria Bartiromo.

“I have to tell you there’s something that’s happening that’s getting even worse and that’s the cartels are getting even more aggressive and the cartels on the Mexican side of the border, they’re beginning to open fire on the National Guard that Texas has down on the border to secure the border,” Abbott said. “This is escalating into a firing war on each side of the border where Texas and our National Guard are having to defend themselves and defend the state of Texas.”

While much of the focus on the border situation in Texas has been focused on the Del Rio area in the past few weeks, where thousands of Haitian refugees are looking to cross illegally into the United States, Abbott said that approximately 60 miles south of there is where Mexican cartels are waging undeclared war on America.

“Right now the hottest point is in Roma, Texas,” Abbott explained. “That’s the area where the cartels on the Mexican side of the border are shooting at the National Guard on the Texas side of the border. And so what Texas is having to do, we’re having to step up and guard multiple points across the entire border.”

On October 8, Fox News released video footage of suspected cartel members firing multiple rounds across the border into the United States. National Guard troops have reported several incidents of cartel members standing across the Rio Grande River and taunting them.

Nobody is saying that a vice president can’t do more than one thing at a time but, apparently, Vice President Harris has never heard of prioritizing. If Harris has even mentioned the border crisis in the past several weeks, she’s hiding it extremely well. Never has a government official placed in charge of an issue been as absent in dealing with the issue as Kamala Harris regarding the U.S. border.

It’s no small wonder that the people of South Texas — many of whom vote Democrat — feel completely abandoned by the Biden administration.

In late September, Laredo, Texas, mayor Pete Saenz — a Democrat — complained that the federal government had basically abandoned their responsibility on the border and that things were far better under the Trump administration.

“We need to truly secure the border,” Saenz told the Washington Free Beacon. “It was working under Trump, call it whatever you want to call it, but it was working.”

Last week, a federal judge ordered the Biden administration to reinstate the Trump policy of “Remain in Mexico” — a policy that required asylum seekers to remain in Mexico until their asylum hearings in the United States. Administration officials have said that a return to that Trump-era policy will occur “sometime in mid-November,” assuming Mexico agrees to it.

It’s something — but it’s nowhere near enough, and a federal judge had to order it. Cartels are literally firing on Americans, and the Biden administration doesn’t care. Instead, this administration is openly encouraging illegal immigration and siding with the cartels who enable it.