Virginia parent torches school board: ‘They can go to hell’

Dimis Christophy urged the entire Loudon County School Board to resign, arguing they do not care about the safety of the students.

Rumble — Workers at Allegiant Airlines are looking to take legal action against the company due to a vaccine mandate set to take effect Dec. 8. One America’s Camryn Kinsey has more. 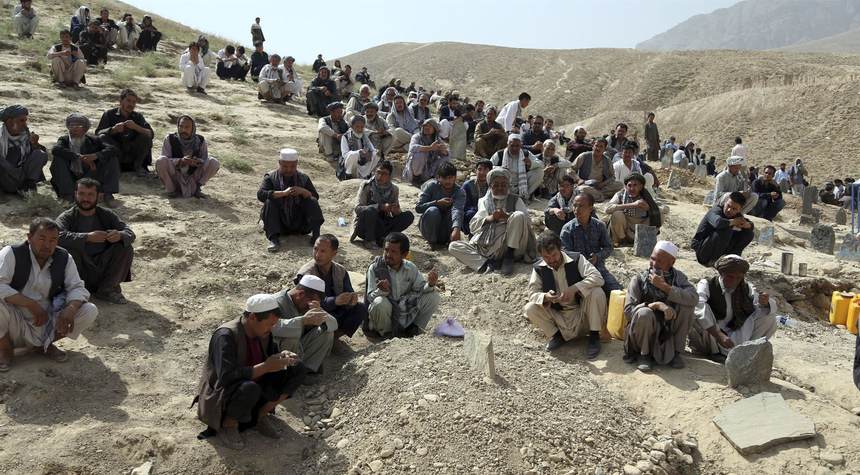 First, there was the multifaceted disaster of the way Biden’s handlers’ woke military mishandled the withdrawal from Afghanistan. Now another Biden catastrophe is in the offing, but Team Biden is working hard to cover it up. “You know what they’re hiding?” asked Jonathan Wilcox, a spokesman for Rep. Darrell Issa (R-CA). “The latest Afghanistan disaster from the Biden administration. The White House is turning the page and closing the door.” Wilcox said this after a bipartisan delegation from the House, including some members of the House Foreign Affairs Committee, was denied admission to Camp As Sayliyah, a U.S.-run military facility in Qatar where over two thousand America-bound Afghan evacuees are currently being housed. The reason why became clear in the briefing the lawmakers received before they were turned away.

What are they hiding now? We can’t be sure, but it is reasonable to conclude that if everything were working like clockwork at Camp As Sayliyah, with the cheerful efficiency for which the Biden people have become renowned (yes, kids, I’m being sarcastic), then there would have been no problem with letting the lawmakers in to behold the glory of The Adults being back in charge.

Instead, Issa said that officials of Biden’s woke military “never let us meet with the 2,300 remaining America-bound refugees, maybe some of whom are American citizens and others who are green card holders.” Issa had his own theory about why Biden’s handlers are taking a page out of the Nixon playbook and stonewalling it on this one: “We think the number one classified piece that they were protecting is called embarrassment. Many of these people have stories of the difficulty getting out, the lack of cooperation or help by the State Department, and now they find themselves being artificially held longer in some cases. We think it’s just that they don’t want people telling their stories.”

That could be it. Issa’s staff, according to the Washington Free Beacon, “spent weeks petitioning the Department of Defense for access to these Afghan refugees on behalf of the delegation,” but it was still no dice Thursday when they arrived at Doha’s Al Udeid Air Base “for a scheduled briefing on the American evacuation effort.”

The briefing, said Issa, was “shocking to a lot of members.” How shocking? For one thing, the lawmakers were told that fully 12,000 of the Afghans who had come to Camp As Sayliyah and then went on to the U.S. had no identification at all. Visas? Come on, man! Issa stated: “They came with nothing. No Afghan I.D., no I.D. of any sort. Those people were all forwarded on to the U.S., and that’s quite an admission. So many people had no I.D. whatsoever and yet find themselves in the United States today based on what they said.”

As terrible as this is, it is in line with what we already knew. Back on September 1, according to Politico, “a State Department official said in a private briefing to reporters that ‘the majority’ of special immigrant visa applicants were left in Afghanistan due in part to the complications of the evacuation, and that he and his team are ‘haunted’ by the evacuees the U.S. could not get out by the Aug. 31 deadline.”

Related: As Trump Warns of Terrorism From Afghan Refugees, Some in GOP Look for Ways to Welcome Them

That is, the vast majority: Homeland Security Secretary Alejandro Mayorkas admitted on September 21, according to The Hill, that “of the 60,000 Afghans who have entered the U.S., nearly 8,000 are either U.S. citizens or residents, while about 1,800 are SIV holders, having obtained visas after assisting the U.S. military.” That left around 50,200 Afghan refugees for whom we had no certain identification and no assurance whatsoever that they weren’t jihad terrorists. We didn’t know anything about them at all, and still don’t.

After admitting something as potentially catastrophic as the fact that it brought evacuees from a jihadi hotspot with no identification whatsoever into the United States, it was no real surprise that despite the fact that Camp As Sayliyah is less than an hour away from Al Udeid, the assembled solons still refused to proceed with their trip as planned.

What’s more, “Issa and lawmakers from both parties have largely been stymied in their efforts to investigate the botched U.S. evacuation from Afghanistan.” Issa said that the fact that his delegation was left hanging in Doha was, according to the Free Beacon, just “part of a larger effort by the Biden administration to keep the American public in the dark about exactly what unfolded in the war-torn country.” Noted Issa: “They’re pretty straightforward in denying members of both parties the legitimate oversight opportunities. We gave them several weeks advance notice.”

No amount of advance notice will enable Biden’s handlers to cover up all the disasters they have created. And with 12,000 completely anonymous Afghans in the country now, the possibilities have dramatically increased that future revelations of missteps by the Biden Team could be positively explosive.