Denmark Lifts All Remaining COVID-19 Restrictions; What About the U.S.? 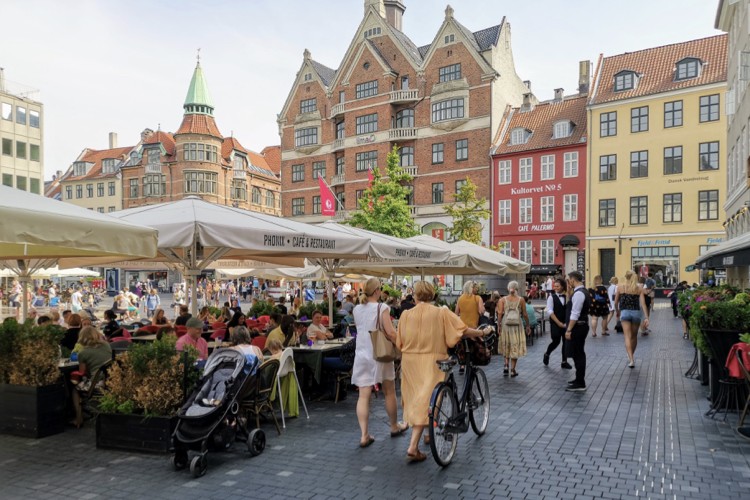 On Friday, Denmark became the first nation in the European Union to lift all restrictions due to the COVID-19 and essentially return to life the way it was pre-pandemic.

Danish health officials credited the decision to the high percentage of vaccinated individuals throughout the country — as high as 86 percent of the population over 12 years of age.

“The vaccines and the great efforts of all of Denmark’s citizens over such a long period are the foundation for why we are going strong,” opined Danish Health Minister Magnus Heunicke.

In late August, Danish health authorities claimed that the Chinese virus was “no longer a critical threat to society,” due to high vaccination rates and low incidences of severe cases.

Denmark has been in the process of easing COVID restrictions since at least August when they dropped the requirement for masks on public transportation.

Also gone is country’s requirement to show its version of the COVID-19 passport, the “Coronapas,” to enter restaurants, sporting events or night clubs.

The move comes as fellow Scandinavian countries including Sweden are looking to end most pandemic restrictions as early as the end of September.

Michael Bang Petersen, a professor of Political Science at Aarhus University, a leader of what he termed a “behavioral covid-project,” which advised the Danish government on the decision, shared his thoughts on the development in a lengthy Twitter thread, which was retweeted by Heunicke.

According to Petersen, the main issue when it comes to coronavirus restriction is trust between the government and its citizens. “The basis for an open society is vaccinations. 86 % of all invited (from 12 years and up) have received 1+ dose. 96 % of everyone above 50 are fully vaccinated,” the professor noted. “Throughout the pandemic DK has had higher acceptance than many comparable countries. No mandates needed.”

In other words, as long as the government of Denmark can trust its citizens to be good soldiers, get the experimental vaccine and not cause too many problems — they can have their freedoms back.

But what would have happened if too many Danes — “too many” in the opinion of government officials — did not do what they were told? What then? Would the Danes have gotten their freedom back?

Also, is the high-vaccination rate primarily responsible for eliminating COVID-19 as “a critical threat to society”? Certainly, that has not been the case everywhere. In Israel, for instance, where vaccination rates are particularly high, COVID soared.

And how about the harmful effects of the experimental vaccines, long-term as well as short?

Regardless of the answers to such questions, Danes apparently have a high level of trust in their government — more so than other countries including the United States.

“[Denmark] is culturally a high-trust country. But so is Sweden & here trust has been lower. What authorities do during the pandemic matters too. E.g., if communication is transparent it will uphold trust, even if the message is unpleasant,” Petersen noted.

In Denmark, the government was relatively open and honest about the flaws inherent in the new vaccines. Back in April, the nation even banned use of one of the vaccines — the AstraZeneca offering — over repeated reports that the vaccine was tied to a serious blood clotting problem.

In America, on the other hand, the government has repeatedly downplayed the risks of the experiment vaccines. In the United States, trust in government is probably at an all-time low. When the American government talks about the COVID vaccines it always paints a rosy picture — too rosy. The vaccines, they tell us, are working spectacularly. No one in American government can understand why anyone would be hesitant to take the experimental vaccine.

Petersen’s colleague at the University of Aarhus puts it succinctly: “If you have low levels of trust regarding other people or the authorities, then more draconian laws are potentially required to contain the coronavirus.”

And attempting to shame people into getting jabbed as President Biden did last week is a recipe for disaster.

“We’ve been patient,” Biden warned unvaccinated Americans. “But our patience is wearing thin, and your refusal has cost all of us.”

Biden then announced his plan to mandate vaccinations for private companies – a plan that is blatantly unconstitutional.

The Danes appear to mainly trust their government, and (good for them) they’re getting their restrictions lifted. Yet, citizens who do not remain vigilant are always in danger of losing their freedoms, and the Danes are not immune to this basic prin. As Thomas Jefferson warned on this side of the Atlantic: “In questions of power … let no more be heard of confidence in man, but bind him down from mischief by the chains of the constitution.”