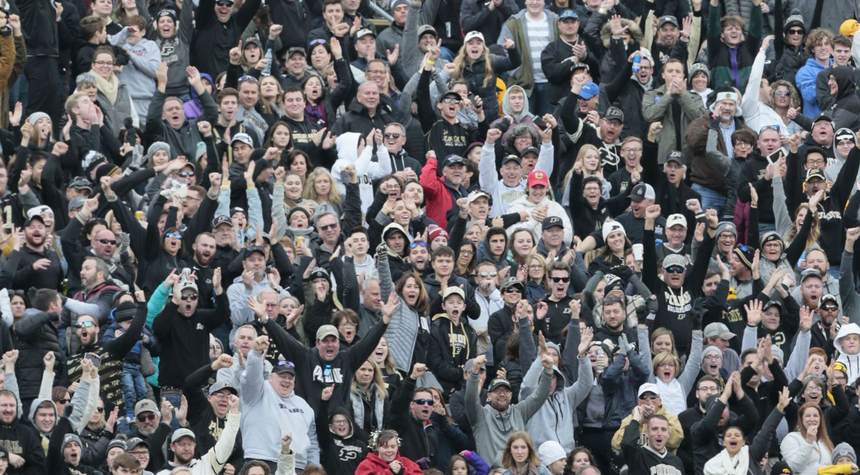 For the last two weekends, videos have gone viral of large crowds at college football games chanting “F**k Biden.” Others have shown hecklers at his in-person events yelling the phrase, and the hashtag #FBiden trended on Twitter. The stain of the botched Afghanistan withdrawal collided with the emotional 20th anniversary of the  9/11 attacks. The self-inflicted wound the administration foisted on America is not just open. It is starting to fester. Americans are still trapped in Afghanistan, and the State Department has told our Afghan allies to ask the United Nations for help with the evacuation.

To distract from the horror show and national security issues they have created, the administration pivoted to COVID-19. On Thursday, President Biden announced an unprecedented vaccine mandate in a speech that was astonishingly divisive. The last two weeks also produced disappointing jobs numbers, predictions of rising food prices, and an 8.3% increase in producer prices for August. Americans have a lot to be concerned about.

A CNN poll released on Friday shows that Americans are concerned and angry. Despite a D+6 sample, the results are a cause for concern if you are a Democrat running in 2022. In previous iterations of the same poll, some reported having no opinion on Biden’s handling of the presidency, the economy, and COVID-19. Now it appears that no one is undecided. Even with an oversampling of Democrats, Biden’s overall approval is only 52%. On the economy, only 51% say things are going well. Even COVID-19 only earned 56%, a 10-point decline from April.

Related: Democrat Strategist Has an Ominous Warning for His Party in 2022

Only 31% of Americans overall say things are going well right now, with just 2% saying they are going very well. In October of 2020, 39% of Americans felt things were going well even amid the pandemic. Before COVID-19, a majority believed so. COVID-19 and the economy were the top issues for respondents. Seventy-seven percent report that they are worried about the economy, and 70% are concerned about the pandemic. Inflation and rising costs are the top economic concerns. Concerns about the risk of crime also jumped 20 points year-over-year, increasing to 57%.

The fact that 74% of respondents report being angry could be the result of 69% saying the government in Washington, D.C., does not represent them well. Americans are engaged in what the government is doing, with 55% reporting they engage with news and information about politics daily. These findings indicate that the answers to the discontent in the country are not likely to come from the federal government. It may also be why we see increasing conflict at the local level. School board meetings, city councils, and other regional boards are seeing much higher engagement in many areas of the country.

Biden heard the chants and commented on them when a reporter asked him about the ceremony in Shanksville, Pennsylvania, on 9/11. In mumbling remarks behind a black mask while outdoors, he said, “What would the people who died be thinking? They think it makes sense to be doing this kinda thing where you ride down the street and see a sign that says, ‘F so-and-so’”? Maybe Biden needs to look in a mirror.

Biden told us America was back. He entered the White House with promises of unity, declaring he would defeat COVID-19. For the last eight months, Biden has presided over a Department of Justice, FBI, and military that are entirely politicized. He stands idly by while Speaker Nancy Pelosi and congressional Democrats attempt to paint half the country as domestic terrorists. For the last 25 days, the seven-day average of COVID-19 deaths was greater than the same date in 2020. Our allies are wondering if America is a reliable partner, and our enemies are gloating.

Instead of taking responsibility for any of this, Biden deflects and blames others: The COVID-19 surge is the fault of unvaccinated Americans, even though we know vaccinated individuals can become infected and spread the virus. His Afghanistan disaster is President Trump’s fault. And Biden continues to push a $3.5 trillion budget that will send inflation through the roof. These numbers will get worse before they get better, and there are more than three years left to endure.