Israel Vows to Retaliate Against Iran for Attack on Oil Tanker 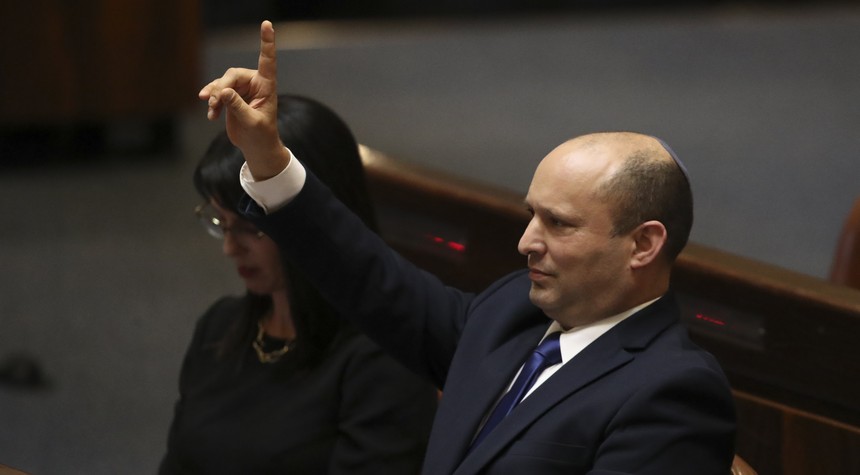 Benjamin Netanyahu may be gone as Israel’s prime minister but just because there’s been a change in government doesn’t mean that Jerusalem’s policy regarding retaliation for being attacked has been altered one bit.

Israeli Prime Minister Naftali Bennett issued a statement following a suspected Iranian attack on an oil tanker in the Arabian Sea that was every bit as strong as anything Netanyahu would have said.

“They can’t sit calmly in Tehran while igniting the entire Middle East — that’s over,” Bennett said Tuesday during a meeting with military officials. “We are working to enlist the whole world, but when the time comes, we know how to act alone.”

“I say absolutely that Iran is the one that carried out the attack against the ship,” Bennett added. “The thuggish behavior of Iran is dangerous not only to Israel but also to the global interest in freedom of shipping and international trade.”

The suspected Iranian drone attack on the Mercer Street tanker happened off the coast of Oman and killed two civilians. The ship was owned by Israeli shipping magnate Eyal Ofer. Iran has denied it was responsible for the attack.

U.S. Secretary of State Antony Blinken said the Biden administration is “confident” Iran was the culprit and is considering “next steps.”

“Upon review of the available information, we are confident that Iran conducted this attack, which killed two innocent people, using one-way explosive UAVs, a lethal capability it is increasingly employing throughout the region,” the U.S. statement says.

Israeli Defense Minister Benny Gantz said, “This is not just an Israeli matter… The whole world sees the results of Iran’s aggression and must take action. Any agreement with Iran must also address its aggression in the region and its harm both to innocent people and to the global economy.”

Gantz hinted that Israeli retaliation would come when least expected — “in the time and place and way” of Israel’s choosing. Gantz also warned that the new Iranian president, Ebrahim Raisi, “will be more dangerous to the world than it has been so far, more destructive to the region than it has been so far, and will strive to become an existential threat to Israel.”

But former prime minister Netanyahu used the occasion to criticize the government of his successor and warned that Joe Biden couldn’t be trusted with secrets.

“The information that is sent to America could be leaked to major media outlets, and in this way, our operations will be thwarted,” Netanyahu told the Israeli legislature. “This is an existential issue for Israel, in which there may be surprises, and sometimes surprises are needed.”

Netanyahu probably has a good point. There are many members of the Biden administration who are so vested in the Iranian nuclear deal that they could very well deliberately undermine Israel by leaking plans for their retaliation. Prime Minister Bennett would do well to heed those warnings and not share plans of any attack on Iran with Americans who are more eager to make a deal with Tehran than protect the interests of an ally.

Iran may want to consider how expert Israel has become at sabotaging its nuclear plants and facilities before targeting Israeli vessels again. In the “Shadow War” between Israel and Iran, Israel has many more targets to hit than Iran has in Israel.