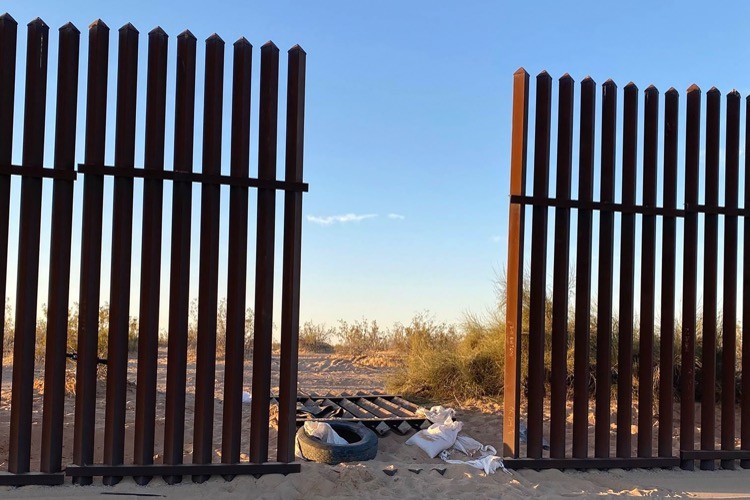 U.S. border agents have apprehended more than one million illegal aliens at the border with Mexico since October 1, the beginning of the fiscal year, and are on track to apprehend at least an additional 550,000 if the June daily rate of apprehensions continues.

The latest monthly total of apprehensions, U.S. Customs and Border Protection reported, jumped 4.5 percent from last month to almost 190,000. As well, the number of criminals apprehended jumped 13.2 percent to almost 8,000 on the fiscal year.

If anything is clear about the crisis at the border, it’s this: Joe Biden and his leftist subalterns are trying to alter the demographics of the country by swamping it with the poor of Latin America in the hope they will become Democrat voters.

The latest shocking figure from the southwest frontier with Mexico and ports of entry followed May’s relatively small increase from April. Agents apprehended 188,829 illegals in June, up from 180,641 in May. In April, agents apprehended 178,850.

The difference from October is even more stark. Apprehensions were 72,115.

Agents caught 178,416 trying to jump the border; they stopped the rest at ports of entry.

The size of the Camp of the Saints invasion and the task facing border agents becomes even more incomprehensible in looking at daily and hourly figures:

Should June’s rate continue through September, agents will catch another 579,048 by September 30, the last day of fiscal 2021. Total apprehensions will be almost 1.7 million.

If the lower rate for the nine months of the fiscal year holds, agents will apprehend another 568,836. The total for the year will be about the same. In 12 months, agents will have arrested the equivalent of every living soul in Phoenix or West Virginia.

Border authorities have no reason to believe the flow will stop.

Not surprisingly, agents have their hands full not just with jobless “migrants.” Criminals keep coming, too.

CPB reports that agents caught 7,830 thieves, rapists, murderers, drug dealers, drunk drivers, and others who came to do the jobs Americans won’t do.

Agents are catching about 870 per month. If that pace continues, they’ll have to deal with another 2,610 criminals for a total of 10,440 on the year.

Biden has done nothing to stanch the invasion and is, frighteningly, flying illegals around the country and dumping them into unsuspecting communities. How many are criminals Biden cannot know. And even if he could, he wouldn’t care.

He decided months ago not to deport dangerous criminal illegals.