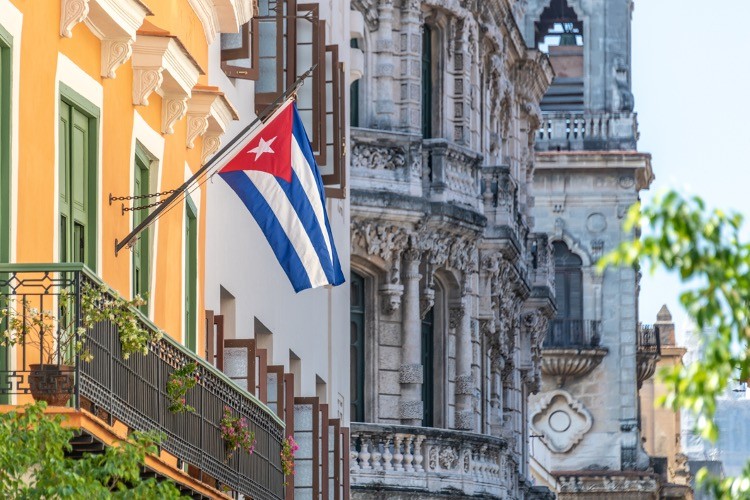 The communist government of Cuba has cracked down on the protests that began this past weekend, using violence to quell otherwise mostly peaceful demonstrations. It is now reported that a Cuban protester has died after police allegedly opened fire on a crowd of protesters. Many others have been arrested, including well-known dissidents, civil-rights activists, and artists.

On Wednesday, Daily Mail reported that police allegedly opened fire on a peaceful demonstration, killing 36-year-old Diubis Laurencio Tejeda. And an anti-government reporter was arrested live on TV. Waldo Herrera, a resident of the area where this took place, said, “I think the Communists have lost control, they won’t have a solution to this situation.”

Tejeda’s death was confirmed by the Orwellian-named Ministry of the Interior of the Republic of Cuba, though it did not confirm reports that Tejeda died from a gunshot as security forces opened fire on a group of protesters. Daily Mail reported, “Hundreds had taken to streets in La Guinera, shouting slogans like ‘down with communism,’ and ‘freedom for the people of Cuba,’ according to two residents and video footage seen by Reuters.” The report also states that Herrera said some of the protesters started throwing rocks at security forces, who eventually responded with gunfire.

Social-media activist Dina Stars was arrested in the middle of an online video interview with Spain TV host Marta Flich on Tuesday. As she was discussing the protests with Flich, Stars was informed that security services were outside her home, demanding that she come out. She told Flich, “Security is out there,” adding, “I have to go out.” As she stood to go out, she said, “I make the government responsible for whatever happens to me.” She returned a few moments later to end the interview, saying she was being taken to police headquarters.

As the Daily Mail reported, “Additional footage posted on Twitter appears to show Stars being escorted by two police officers into a vehicle outside her building.”

It is not known whether Stars has been released or is still being held.

Ss CNN reported, “The Movimiento San Isidro, which advocates for greater artistic expression in Cuba, published a list of activists that it said were believed to have been detained by authorities.” According to Spanish Foreign Minister Jose Manuel Albares, journalist Camila Acosta is among those detained or arrested. Albares has called for her release.

Furthermore, the heavy-handed communist government has been interrupting the Internet and blocking social media as a reaction to the protests. President (and Communist Party leader) Miguel Díaz-Canel has blamed the protests on Cubans in America, saying they have used social media to spark the protests and fan the flames.

Diaz-Canel made his claims about social-media posts from Cubans living in America during a nationally televised appearance Monday in which his entire Cabinet was present. “We’ve seen how the campaign against Cuba was growing on social media in the past few weeks,” he said, adding, “That’s the way it’s done — Try to create in conformity, dissatisfaction by manipulating emotions and feelings.”

The contrast between the protests in Cuba and those in America is worth noting. The protests in Cuba are by people sick and tired of being crushed under the boot of communism and are marked by mostly peaceful demonstrations; those in America are by crybaby snowflakes sick and tired of living in a land of freedom and opportunity and — while often described as “mostly peaceful” by the liberal media — are marked by violence, looting, and vandalism. Cubans cry, “Freedom!” and “Fatherland and Life!” and — while crowding the street outside the Communist Party headquarters — “Cuba isn’t yours!” Antifa and BLM cry, “No Justice, No Peace!” “F**k the Police!” and “Burn it down!” while demanding the very communism from which Cubans cry to be free.

All of that is to say that when this writer describes the protests in Cuba as being mostly peaceful, it is not the same thing as the liberal media describing a BLM/Antifa riot as “mostly peaceful” as the fires of revolution burn in the background. In fact, it is almost the exact opposite.

Of course, there have been reports of Cuban protesters throwing rocks at government security forces there. But, frankly, that is to be expected; Cuba’s communist regime has a history of silencing all opposition by rounding people up, imprisoning them, and even executing them, all without anything approaching due process or a fair trial. So, far from the situation in the United States where BLM claims to live in fear of police while dancing on police cars, Cubans who dare challenge their tyrannical government have a legitimate reason to fear. That is why many thousands of them have — in the more than 60 years since Castro’s revolution plunged the former island paradise into a despotic hole of misery — crossed the sea to Florida in makeshift rafts unfit for calm waters, much less the ocean. Those Cubans risked their lives to escape a fate they seem to deem worse than death.

Cuba was seized in a revolution. The communist government there was born in violence; it will likely have to die in violence. So, if protesters who have gathered peacefully to demand that the communists loosen the reins find themselves being arrested and dragged off as political prisoners, perhaps they can be forgiven for throwing a few rocks at security forces.

Here in America, we can only pray for the true liberation of Cuba and that God saves us from a similar fate.