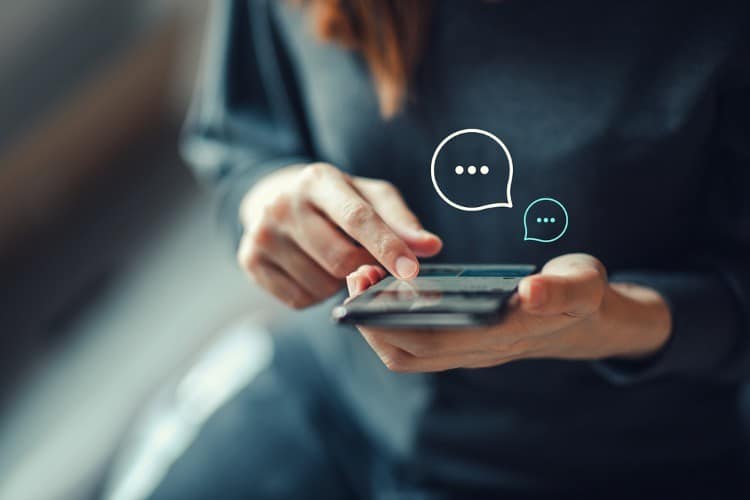 Fascism founding father Benito Mussolini once summarized his ideology thus: “All within the state, nothing outside the state, nothing against the state.” This comes to mind when considering that the Democrat establishment has been doing an end-run around the First Amendment, using Big Tech as a proxy to stifle dissenting views. Now there’s a new front in this battle, too:

Because, of course, communications company techies are perfectly situated to be infallible Ministers of Truth on all things COVID.

Sarcasm aside, how will they determine what’s vaccine “misinformation”? Answer: They don’t have to. They’ll simply enforce the official government line. As Fox News host Tucker Carlson pointed out last night, “misinformation” is now anything the government disagrees with.

Ergo, the end-run around the Constitution.

Moreover, this comes after learning that the administration intends to send government agents door-to-door in neighborhoods with low vaccination rates to “encourage” the reluctant to take the shot.

As for the text-message-targeting endeavor, White House COVID response coordinator Jeff Zients related the “logic” behind it. “Organizations that are feeding misinformation and trying to mischaracterize this type of trusted-messenger work [regarding vaccines and by health officials] … are doing a disservice to the country and to the doctors, the faith leaders, community leaders, and others who are working to get people vaccinated, save lives, and help end this pandemic,” he claimed at a news conference last week.

Biden allied groups, including the Democratic National Committee, are also planning to engage fact-checkers more aggressively and work with SMS carriers to dispel misinformation about vaccines that is sent over social media and text messages. The goal is to ensure that people who may have difficulty getting a vaccination because of issues like transportation see those barriers lessened or removed entirely.

“We are steadfastly committed to keeping politics out of the effort [huh?] to get every American vaccinated so that we can save lives and help our economy further recover,” White House spokesperson Kevin Munoz said. “When we see deliberate efforts to spread misinformation, we view that as an impediment to the country’s public health and will not shy away from calling that out.”

Gateway Pundit points out that this is the next, quite predictable, step in the high-tech iron-muzzling of America. Just consider that for decades the Left has controlled information flow in academia, the media, and entertainment; more recently it seized Big Tech. Now, and this is feasible with corporate America having become a left-wing bastion, the feds want to, by proxy, police text messages (video on this development below).

To understand what’s next, just project the lines. Unless this censorship process is halted, why wouldn’t e-mails and other communication forms also be subject to “fact check”? After all, if vaccine “misinformation” really presents a national existential threat, it must be intercepted everywhere it rears its ugly head, right?

As mentioned before, however, the authorities have an odd notion of “misinformation.” I recently reported on Jacob Clynick, a 13-year-old boy with no known health problems who died of heart issues three days after taking his second coronavirus shot. I have a sexagenarian friend who’s now on medication to treat heart inflammation that developed after taking the vaccine. And during the last week, I spoke to a 70-year-old man who began experiencing cardiac symptoms after getting the needle and then suffered a heart attack two months later. (He admits that one can’t know definitively if it was caused by the shot, but he’s suspicious.)

These are anecdotes, of course, but note that I don’t interact with many people personally and didn’t search these individuals out; they volunteered their stories, stories that accord with warnings we’ve heard about myocarditis among the vaccinated. Then there are the reports of some people developing Guillain-Barre syndrome (GBS), which can cause paralysis, after taking SARS-CoV-2 shots.

The latter isn’t unprecedented, either: Hundreds of people developed GBS after taking the flu vaccine in 1976. Back then, this was enough to inspire the Gerald Ford administration to halt its massive influenza vaccination program.

Yet the country has changed. There certainly are rational reasons to ask questions about China virus vaccines and for many people (notably the young) to, after a cost-benefit analysis, refuse them. Despite this, we’re just supposed to shut up and obey.

In fact, let’s say you’re interested in learning about the vaccines’ downside “and looked it up from the [Biden] administration’s own official websites, starting with the VAERS database,” said Tucker Carlson last night. “You’re no longer allowed to text what you find on their database to other people in this country — the country you were born in. Your private conversations will be controlled by the DNC. Is that the picture of a free country?”

Perhaps not. But it may be the picture of a place where all is within the state, nothing’s outside the state, and nothing’s against the state.

Say, who, again, are the fascists?