BROOKLYN, N.Y.: Islamic Republic of Iran sent goons to kidnap Iranian freedom activist in NYC and take her back to Iran 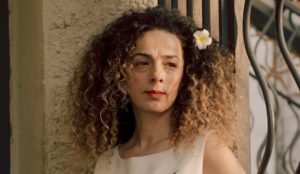 An Iranian American journalist living in Brooklyn was the target of an international kidnapping plot orchestrated by an Iranian intelligence network, federal prosecutors said Tuesday.

In an indictment unsealed in federal court in Manhattan, four Iranians were charged with conspiring to kidnap the journalist and author, Masih Alinejad, who has long been a staunch critic of the Iranian government.

Ms. Alinejad was not identified by prosecutors, but confirmed in an interview that she was the intended target of the plot. Last year, Ms. Alinejad wrote in a newspaper article that Iranian government officials had unleashed a social media campaign calling for her abduction.

The four defendants all live in Iran, the prosecutors said, identifying one of them, Alireza Shavaroghi Farahani, as an Iranian intelligence official and the three others as “Iranian intelligence assets.” A fifth defendant, accused of supporting the plot but not participating in the kidnapping conspiracy, was arrested in California.

A federal indictment describes a plot that included attempts to lure Ms. Alinejad to a third country to capture her and forcibly render her to Iran. The intelligence official, Mr. Farahani, and his network used private investigators to surveil, photograph and video record Ms. Alinejad and members of her household in Brooklyn, the government said.

“This is not some far-fetched movie plot,” William F. Sweeney Jr., the head of the F.B.I.’s New York office, said in a statement.

In a 2018 essay in The New York Times, Ms. Alinejad described her decision to leave Iran a decade earlier.

“As a journalist in Iran, I often got into trouble exposing the regime’s mismanagement and corruption until, eventually, my press pass was revoked,” she wrote. “I was often threatened with arrest or worse for writing articles critical of former President Mahmoud Ahmadinejad. Ultimately, I was forced to flee my homeland in 2009.”…