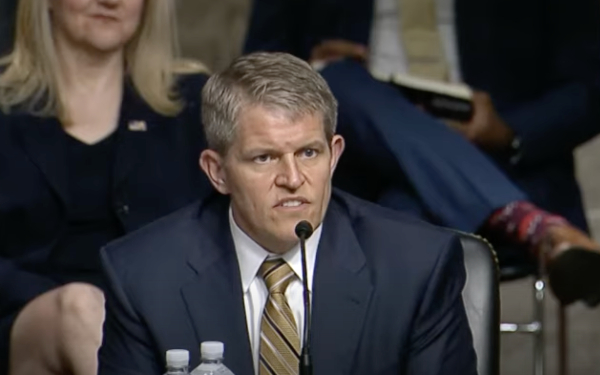 (Natural News) One of the problems with having Marxists in the White House is that they tend to choose left-wing extremists to serve the administration, and that is certainly the case when it comes to David Chipman, the man the Biden regime has nominated to serve as director of the Bureau of Alcohol, Tobacco, Firearms, and Explosives (ATF).

For one, Chipman only seems concerned about the “firearms” part of his regulatory position.

In an obscure interview with the BBC in 2019, Chipman came out and said that anyone who posts “hate speech” online ought to be subjected to having their firearms confiscated by armed federal agents, because the First Amendment and Second Amendment to the Constitution, he suggests by default, are not inalienable rights but rather those that are only granted by government.

“We really need to do more to monitor hate speech on the internet,” Chipman argued, going on to suggest that then-President Donald Trump’s speech was hateful as well and should also be regulated.

“But we also have to do more to curb that same speech being presented by our president and other elected public officials,” he went on.

Questions: Who are “we” and what “more,” exactly, should be done?

“The FBI, other federal agencies, have a tough job responding to these threats when they don’t currently (our emphasis) have the authority to remove weaponry just because people are saying hateful things,” he added.

Of course, “hateful things” is very often in the eye of the beholder, and when that speech arbiter happens to be a well-armed federal agency, that gets really worrisome really quickly.

It’s bad enough that a guy like Chipman has even been nominated to lead one of those armed federal agencies, but this guy literally would have jailed our founding fathers for their “hate speech” about liberty and freedom against the British Crown’s tyranny while at the same time confiscating their firearms.

The one good thing is that Chipman may actually lack the votes in the evenly divided Senate to win confirmation. Yes, the Senate is currently split 50-50, Republicans and Democrats with Kamala Harris providing the tie-breaking vote, but he may not get all 50 Democrats.

The Senate Judiciary Committee on Thursday advanced President Biden’s nominee to run the Bureau of Alcohol, Tobacco and Firearms (ATF) on a party-line vote, setting the table for an uncertain confirmation effort on the Senate floor.

Republicans, all of whom voted against David Chipman in the 10-10 Judiciary Committee vote, have raised alarms about Chipman’s alleged hostility toward guns – citing his past comments and his previous work with gun control groups like Giffords and Everytown. It’s likely all 50 Republicans will vote against the nominee on the Senate floor.

“After meeting with Mr. Chipman, listening to Mainers, and reviewing his record, I have decided to vote against Mr. Chipman’s nomination to serve as the ATF Director,” Sen. Susan Collins, R-Maine, said in a statement ahead of the Judiciary Committee vote. “In recent years, Mr. Chipman has been an outspoken critic of the firearms industry and has made statements that demean law-abiding gun owners.”

Meanwhile, Sen. Josh Hawley, R-Mo., a constitutional originalist, echoed most Republicans when he said of Chipman that he’s leery of his “agenda… to take away Second Amendment rights from law-abiding citizens while violent criminals are loose on our streets.”

Sen. Mike Lee, R-Utah, blasted Chipman for saying in a Reddit post a few years back that anyone who fails a gun background check should be arrested.