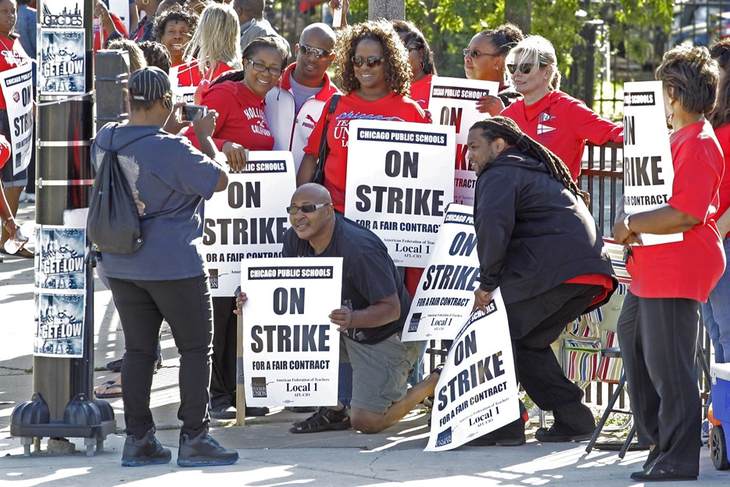 The largest teachers’ union in the nation, the National Education Association (NEA), committed to funding an investigation into groups that oppose the use of critical theories in K-12 education at their recent annual conference. This move was bad enough. However, the teachers’ union’s acceptance of agenda items did not end there. Indeed, it is setting up a showdown that the government system of education may not survive. At this point, it is legitimate to contemplate if perhaps it should not.

Related: If You Oppose Critical Theories, This Teachers’ Union Is Going to Put You on a Naughty List

The NEA members approved two agenda items likely meant to chill opposition to turning the public school system into a left-wing indoctrination program. The first, called Business Item A, lays out a task force. The attendees laid out the foundational purpose of the task force in this preamble:

The National Education Association, in coordination with national partners, NEA state and local affiliates, racial justice advocates, allies, and community activists, shall build powerful education communities and continue our work together to eradicate institutional racism in our public school system by:

Now, as far as community activists are concerned, it is almost assured the NEA will not invite groups such as Moms for Liberty and No Left Turn in Education to the table. It is also somewhat ironic that a teachers’ union that opposes all forms of school choice is attempting to root out institutional racism. School choice advocates could effectively argue that the one systemically racist system we have is tying predominantly black and brown students to underperforming and unsafe public schools based solely on their zip codes. This system receives the full support of the NEA.

The NEA is committing itself to pursue economic justice and primarily political aims such as equitable housing and healthcare in Item A. The teachers’ union also commits to programs that train staff in racial justice and equity:

It is safe to assume these training classes will be similar to the struggle session model documented by journalist Christopher Rufo. Business Item A deals specifically with leading campaigns that:

These bullets are a small slice of what Business Item A touches, but they are the elements most directly related to New Business Item 39. Despite its length, it is included in full here to demonstrate the depth of commitment by the teachers’ union to curriculum and activities that many Americans object to (emphasis mine).

The NEA will, with guidance on implementation from the NEA president and chairs of the Ethnic Minority Affairs Caucuses:

A. Share and publicize, through existing channels, information already available on critical race theory (CRT) — what it is and what it is not; have a team of staffers for members who want to learn more and fight back against anti-CRT rhetoric; and share information with other NEA members as well as their community members.

B. Provide an already-created, in-depth, study that critiques empire, white supremacy, anti-Blackness, anti-Indigeneity, racism, patriarchy, cisheteropatriarchy, capitalism, ableism, anthropocentrism, and other forms of power and oppression at the intersections of our society, and that we oppose attempts to ban critical race theory and/or The 1619 Project.

C. Publicly (through existing media) convey its support for the accurate and honest teaching of social studies topics, including truthful and age-appropriate accountings of unpleasant aspects of American history, such as slavery, and the oppression and discrimination of Indigenous, Black, Brown, and other peoples of color, as well as the continued impact this history has on our current society. The Association will further convey that in teaching these topics, it is reasonable and appropriate for curriculum to be informed by academic frameworks for understanding and interpreting the impact of the past on current society, including critical race theory.

D. Join with Black Lives Matter at School and the Zinn Education Project to call for a rally this year on October 14—George Floyd’s birthday—as a national day of action to teach lessons about structural racism and oppression. Followed by one day of action that recognize and honor lives taken such as Breonna Taylor, Philando Castile, and others. The National Education Association shall publicize these National Days of Action to all its members, including in NEA Today.

E. Conduct a virtual listening tour that will educate members on the tools and resources needed to defend honesty in education including but not limited to tools like CRT.

F. Commit President Becky Pringle to make public statements across all lines of media that support racial honesty in education including but not limited to critical race theory.

Public intellectuals like Jordan Peterson and James Lindsay have been warning about the pernicious influence of the ideas of grievance studies and post-modernism on schools of education at our universities. New Business Item 39 and statements from American Federation of Teachers (AFT) President Randi Weingarten confirm that these radical ideas have influenced the leadership of teachers’ unions. Indeed, some teachers and administrators do not hold these views, but their ability to speak up or affect the direction of these institutions will become increasingly limited.

Our universities are on a continued trajectory of decline. In the 15 years I spent hiring, training, and developing employees, a college degree became more of a screening tool than a guarantee of a well-prepared entry-level employee capable of problem-solving, working in teams, and handling constructive criticism. The function of their costly education was one of selection and stamina. Employers assumed universities selected based on objective criteria of intelligence, so we hired the brightest and then took charge of training them in what they needed to know and do. Now that the admission process is increasingly about representation, it is not even clear universities serve this function.

Now, the largest teachers’ union is determined to take K-12 education down the same road, embracing a curriculum that rejects meritocracy in favor of equity. Wherever we have seen this ideology implemented, we have seen the lowering of the bar for everyone to standardize outcomes. New York City is eliminating entrance requirements at its selective public schools. The SAT is adding an adversity score to credit for economic and social disadvantages. Restorative justice programs made schools less safe for students and staff. There is also an increasing drumbeat to eliminate standardized tests broadly.

The NEA is vowing to accelerate programs and ideas like these. There are reasons to believe the AFT will go down a similar road. Together they represent 4.7 million active members in thousands of school districts nationwide. Parents opposed to the ideas the teachers’ unions seem determined to incorporate may need to consider that eradicating the critical theories from the K-12 classroom is not possible. Schools of education pump out these ideas with nearly every diploma, and the ideas even exist in districts not represented by a teachers’ union.

It may be time to think deeply about innovation in K-12 education. Instead of pushing bans on certain types of curricula, perhaps it is time to expand choice. The days of limiting the option to low-income students need to end. Petitioning state legislatures to pass legislation on education savings accounts for K-12 education, where every parent can have the dollars allocated to their child follow them to the program of their choice, would be ideal. At a minimum, that would provide parent groups with financial leverage because funding of public schools is often on a per-student basis.

American children need educators, not activists, in the classroom. It is no longer clear that a degree is required to provide most children with a K-12 education based on rational thinking, objective truth, and appropriate nuance. If doing that takes a village, parents should have the ability to determine the people to include in that group.