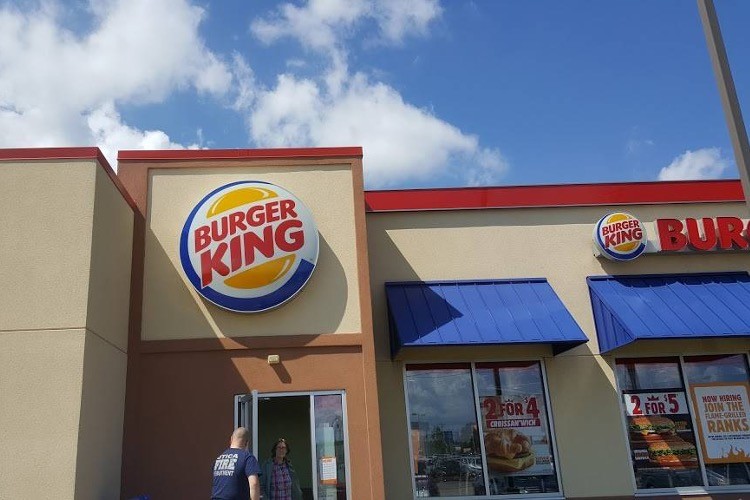 “Have it your way,” Burger King’s slogan goes. So if your country’s pseudo-elites pander to sexual devolutionaries, the restaurant chain is all in and will boast of donating to an “LGBTQ” group.

But if your nation kills homosexuals, well, hey, have it your way. Far be it from Burger King (BK) to complain.

Meanwhile, the chain is also fine with mocking Christians.

All these realities could come to mind when considering BK’s latest politically correct, value-signaling marketing campaign. As Breitbart reports, “Burger King recently took a shot at Chick-fil-A amid Pride month, saying it will donate money from its chicken sandwich to the Human Rights Campaign (HRC), the world’s biggest LGBTQ civil rights group.”

“In a social media post Thursday, the company said 40 cents from every ‘Ch’King’ sandwich sold in June will be donated to the HRC, KXAN reported,” the site continues (tweet below).

Breitbart points out that BK’s reference to Sundays is an apparent shot at Chick-fil-A, all of whose restaurants are closed on the Lord’s Day.

Yet as commentator Monica Showalter mentions, this amounts to the belittlement of Chick-fil-A’s customers. Consider: How would it go over if, when doing business in Israel and alluding to a competitor closed on the Jewish Sabbath, you snidely remarked that you were open on Saturday?

Or imagine you’re seeking customers in a Muslim country and, while trying to one-up a competitor closed on the Islamic day of prayer, you cheekily mention that you’re open on Fridays?

But BK’s management is as phony as it is dull. You see, the oh-so-woke chain — which no doubt is deeply and painfully offended by traditional sexual mores — does business in Saudi Arabia, which may execute homosexuals.

BK has approximately 400 restaurants in Saudi Arabia, in fact. Apparently, the oil money is good. The chain is slated to set up shop in Nigeria, too, some of whose northern provinces administer the death penalty for homosexual behavior.

BK also has restaurants in Afghanistan, Bahrain, Bangladesh, Brunei, Indonesia, Jordan, Iraq, Kuwait, Kazakhstan, Lebanon, Malaysia, Maldives, Oman, Pakistan, and the United Arab Emirates. To the best of my knowledge, these Muslim nations have no official death penalty for homosexuality. But something tells me they don’t recognize “Pride” month and that you probably wouldn’t want to parade around their streets looking like a nightclub performer in La Cage aux Folles.

Oh, there’s also no indication that BK’s “Pride” month campaign is operative in any of the above countries. I contacted the chain asking about the endeavor’s reach, but they haven’t responded as of this writing. Perhaps they knew where the question was going.

Yet if Islamic sensibilities aren’t your thing, you can have it your way, too. Note that BK has at least 12,000 restaurants in China, which reportedly has one million Uighur Muslims in concentration camps.

None of this should surprise you. Corporations are like water, taking the shape of the vessel in which they find themselves — even if it’s shaped like Beelzebub himself. Legion now are the stories of the business and individuals who’ve value-signaled over a bathroom bill in North Carolina or some other such thing while simultaneously making millions off lands whose un-woke laws represent everything these wokesters claim to despise.

But, hey, as ex-dribbler Charles Barkley said in 2019 when defending the NBA’s making of millions in China (while sanctimoniously touting BLM “ideals”), “It’s a business decision.” Uh, yes, Chuck — so was slavery.

Of course, though, “It is difficult to get a man to understand something when his salary depends upon his not understanding it!” as Upton Sinclair wrote. And it’s even less likely to happen when people spend their time kneeling during the Anthem instead of before God.