In the former American Republic, the Biden regime is making lists of its enemies but the God-given rights that are cataloged within the U.S. Constitution are an impediment to his weaponized law enforcement agencies. The Department of Homeland Security is going to hire private companies to do its dirty work, so that it may trounce the 4th Amendment and existing privacy laws. These companies will be working for the government, in a dirt digging (fishing) operation against conservatives and Christians, while pretending not to work for the government. Get reliable notification options and further information at Sarah's home site: https://SarahCorriher.com/ 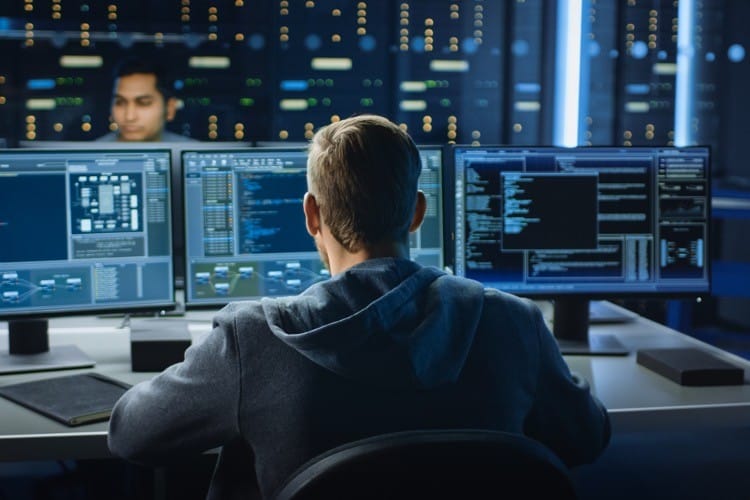 The Department of Homeland Security (DHS) is considering working with outside firms to surveil “extremist” language by Americans online, according to a report.

The DHS is discussing a plan that would allow them to circumvent limits on intelligence gathering. Federal agents are only allowed by federal law to scroll through public posts on social media and cannot use burner accounts to follow private accounts or enter private chat rooms. However, the reported DHS plan would enlist private cybersecurity firms to engage in those practices.

The initiative comes as law-enforcement agencies ramp up scrutiny of extremist groups with members present at the January 6 Capitol protest. In the aftermath of that event, both Republicans and Democrats criticized security officials for intelligence failures that caused them to underestimate the number of people that would attempt to enter the Capitol.

During his address to a Joint Session of Congress, President Biden said, “The most lethal terrorist threat to the homeland today is from white supremacist terrorism.” He said that, even though the Capitol survived the supposed insurrection, “The struggle is far from over. The question of whether our democracy will long endure is both ancient and urgent.”

Biden’s remarks echo comments made in congressional testimony by FBI Director Christopher Wray in March. “The problem of domestic terrorism has been metastasizing across the country for a long time now, and it’s not going away any time soon,” Wray said at the time.

The extremists allegedly operate and plot online. It was found that the majority — more than 85 percent — of those charged with crimes for their role in the January 6 “insurrection” were charged in part using evidence from their personal social media accounts, others’ accounts, or both. Facebook was the preferred platform and was used by 73 of the people charged, more than all other social media sites combined, according to a Forbes analysis. YouTube was the second most-referenced at 24 percent. Instagram, a Facebook-owned company, was next at 20 percent. Parler, the app that pledged protection for free-speech rights and garnered a large conservative user base, was mentioned in just eight percent of the charges.

Thus, monitoring “extremist” chatter online becomes a crucial necessity for the DHS. To achieve that, some privacy protections need to be overcome. According to the Exclusionary Rule, first formulated by the U.S. Supreme Court in Mapp v. Ohio, the government is prohibited from using information that it obtained illegally — usually meaning without a warrant — in court. However, evidence first obtained by private citizens may be used in court, regardless of how it was obtained, as long as the private citizen is not acting as an agent of the police.

In coordination with the National Security Council and the FBI, officials at DHS are considering multiple ways to expand the department’s approach to gathering information via social media. “There was only limited awareness before January 6 of what violent extremists were planning through social media,” said Tom Warrick, former DHS deputy assistant secretary for counterterrorism policy. Warrick confirmed the DHS will likely “explore whether contractors could help them understand plots and trends” online.

Using private contractors to monitor social-media sites would give DHS a work-around to warrant requirements. In the new reported plan, the private contractors could tell the government officials what information they saw, thus avoiding the warrant application. “We are exploring with our lawyers, civil rights, civil liberties and privacy colleagues, how we can make use of outside expertise,” a DHS official said.

The DHS is not the first major federal institution under the Biden administration that has sparked concern among Americans.

The U.S. Postal Service has been quietly monitoring social-media posts, including posts about planned protests. At least some of that specifically targeted “right-leaning accounts,” Yahoo News reported. The surveillance program, they explain, known as the Internet Covert Operations Program (iCOP), centers around hired analysts who review social-media accounts for “inflammatory” posts to share across government agencies.

Last summer, amid the Portland protests, the DHS got under fire for compiling “intelligence reports” on two journalists who covered the riots. After the Washington Post published a story detailing the department’s practices, then-Acting Homeland Security Secretary Chad Wolf ordered the intelligence office to stop collecting information on journalists and assured Americans that DHS is committed to respecting civil rights and civil liberties, particularly when it comes to the exercise of First Amendment-protected rights.

But as President Joe Biden says, no amendment is absolute, and for his administration, privacy and freedom of speech seem to be secondary to “public safety” endangered by the “most lethal terrorist threat.”