The Orange County coroner’s office is investigating the death of a woman who passed away several days after getting her second Moderna vaccine. The family says the mother and grandmother was healthy before she got her shot and that her sudden death came as a shock. … A conversation with staff at the OC coroner’s office about Griselda Flores’ death raised red flags for Richard Cardenas and his family. They made it seem like this was not the first call that they had. 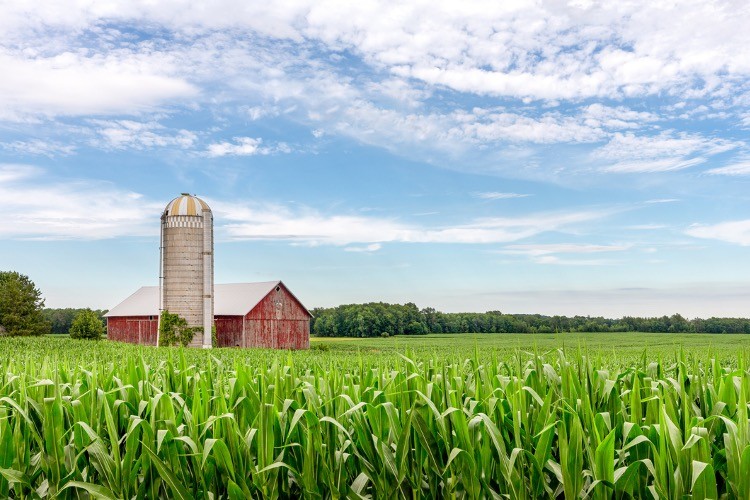 Five white farmers have sued the Biden administration because it plans to administer an anti-white, openly discriminatory loan-forgiveness program.

The lawsuit argues that the U.S. Department of Agriculture and its Farm Service Agency (FSA), which lends money to farmers and ranchers, are discriminating against white farmers in offering debt forgiveness via the recently passed, $2 trillion American Rescue Plan Act of 2021. Only minorities can apply, the FSA openly says, because it must help repair the damage from years of “systemic discrimination” in lending.

In other words, whites need not apply.

“USDA recognizes that socially disadvantaged farmers and ranchers have faced systemic discrimination with cumulative effects that have, among other consequences, led to a substantial loss in the number of socially disadvantaged producers, reduced the amount of farmland they control, and contributed to a cycle of debt that was exacerbated during the COVID-19 pandemic,” he wrote on March 26:

On April 16, he explained that the USDA ARPA will “pay up to 120% of loan balances, as of January 1, 2021” for FSA loans. “If you are a Black, Native American/Alaskan Native, Asian American or Pacific Islander, or are of Hispanic/Latino ethnicity, with one of the loans listed above, you are eligible for the loan payment.”

Citing testimony from Agriculture Secretary Thomas Vilsach, the lawsuit says the agency will forgive up to 15,000 loans and more than $4 billion debt for “non-white farmers.”

The plaintiffs are Adam P. Faust and Christopher C. Baird of Wisconsin, Jonathan P. Stevens of Minnesota, Jay T. Slaba of South Dakota, and Joseph W. Schmitz of Ohio. Each is a farmer, the lawsuit avers, who would “otherwise be eligible for the loan forgiveness provisions of Section 1005 of ARPA, except that he is white.”

“In March 2021, the United States retreated from the principle of equality under the law by enacting a race-based loan-forgiveness program” in ARPA, the lawsuit argues, because it excludes whites.

Such discrimination is illegal unless the defendants, Ducheneaux and Vilsack, can “prove that its discriminatory benefit is narrowly tailored and serves a compelling government interest,” the lawsuit argues:

“The liberty protected by the Fifth Amendment’s Due Process Clause contains within it the prohibition against denying to any person the equal protection of the laws,” the lawsuit avers. “The racial classifications under Section 1005 of ARPA are unconstitutional because they violate the Equal Protection guarantee in the United States Constitution.”

Nor do they serve a compelling government interest, the lawsuit argues.

The lawsuit asks the court to declare the program unconstitutional and stop the USDA from “applying racial classifications when determining eligibility” for the programs.

The lawsuit has not deterred the USDA, the Green Bay Press Gazette reported. While the agency reviews the complaint with the Justice Department, it will continue to implement the program, a spokesman said.

“There should absolutely be no federal dollars going anywhere just based on race,” Faust told the newspaper. “The economic impact from COVID-19 didn’t hurt any race more than another as far as agriculture goes.”

BEN ARMSTRONG: YOU CAN’T Do That! YOU MUST Obey!

You can’t and you must is what liberal globalists are all about. It is a power and control thing. They used COVID to say “you can’t” in all different ways. They used masks to say “you must”, and they do this in so many other areas as well.

Rumble — In this episode of Behind the Deep State, host Alex Newman explores the Biden administration's $3 billion scheme to convince white conservatives and evangelical Christians to take the controversial and experimental COVID19 shots. Perhaps most alarming is the targeting of "faith-based" groups and leaders for the propaganda campaign, which defies the U.S. Constitution and represents an outrageous intrusion into the church by the federal government. Also on the list is partnering with NASCAR and other companies. This is dangerous and illegal.

DEL BIGTREE: More and more scientists are expressing their fears that the #Covid19 vaccines might do more harm than good. Dr. Andrew Read, who has been focusing on virus evolution, illustrates how vaccines have a history of making pathogens deadlier, specifically with Marek Disease in chickens. Are Covid vaccines evolution proof?

Dr. Lee Merritt interviewed by the Health Ranger: Forced vaccines are a Holocaust-level crime against humanity 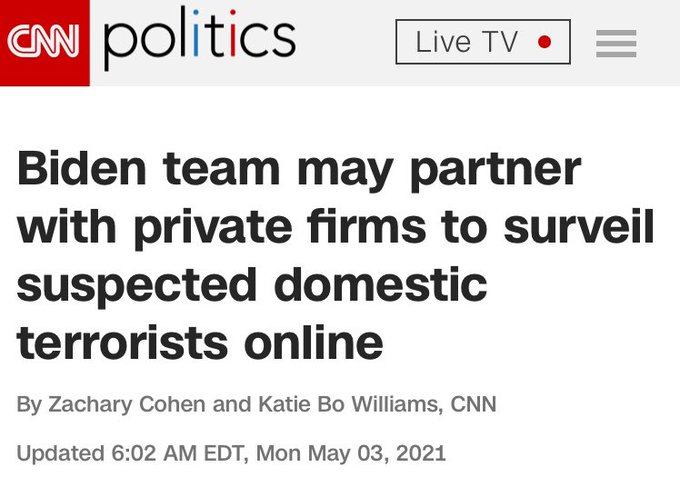 The Biden administration is considering using private firms to track the online activity of American citizens in order to get around the Fourth Amendment and other laws that protect Americans from unreasonable searches and seizures and surveillance. The report says that the Biden administration wants to monitor “extremist chatter by Americans online” but can’t do so without a warrant, and thinks private firms can get around the legal restrictions.

The plan being discussed inside DHS, according to multiple sources, would, in effect, allow the department to circumvent” restrictions the U.S. government has to surveil American citizens. “A source familiar with the effort said it is not about decrypting data but rather using outside entities who can legally access these private groups to gather large amounts of information that could help DHS identify key narratives as they emerge.

“By partnering with research firms who have more visibility in this space, the DHS could produce information that would likely be beneficial to both it and the FBI, which can’t monitor US citizens in this way without first getting a warrant or having the pretext of an ongoing investigation,” explains CNN. “The CIA and NSA are also limited on collecting intelligence domestically.”

“There’s a tension between wanting to empower [DHS’s intelligence office] to do this kind of workaround domestic terrorism on the one hand and then, on the other hand, the misuse of its capabilities during the summer of 2020, gives a lot of people on the Hill pause [when it comes to] potentially giving them new authorities, capabilities or resources,” a Senate aide told CNN.

It seems that the January 6 Capitol riot prompted this effort.

Much of the planning for the Capitol Hill riot appeared out in the open, on social media platforms and on encrypted apps available to anyone with an internet connection. The DHS is trying to get a better sense of “narratives” that might lead to violence as they emerge across those channels, according to two DHS officials.

But tracking those narratives, particularly in the wake of January 6, increasingly requires access to private groups on encrypted apps as extremist groups migrate from more forward-facing sites like Facebook.

By the time narratives are appearing on Facebook, it is usually too late, one DHS official told CNN.

“Domestic violent extremists are really adaptive and innovative. We see them not only moving to encrypted platforms, but obviously couching their language so they don’t trigger any kind of red flag on any platforms,” the official added.

Former Trump chief of staff Mark Meadows blasted the plan. “They spied on Donald Trump’s presidential campaign and skated by with no consequences,” he tweeted. “And now they want to spy on you too. This is a chilling, terrible idea that should be roundly rejected.”