LGBT Activists Are Taking Aim at Christianity Itself 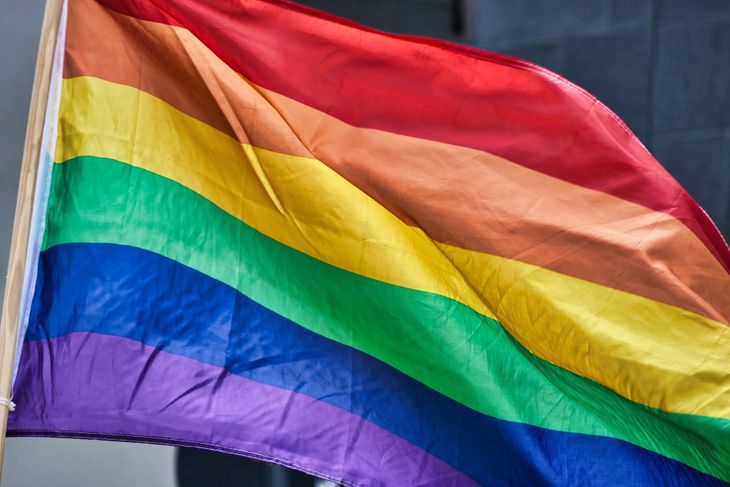 Last month, a group of 33 current and former students at federally-funded Christian colleges and universities launched a historic assault on religious freedom. They sued the Department of Education (DoE) under President Joe Biden, demanding that the DoE drop the religious exemption to Title IX. This move would force LGBT orthodoxy on Christian colleges, but it also attacks a central evangelical Christian teaching.

“The law does not recognize ‘love the sinner, hate the sin,'” the students wrote in the lawsuit.

While the phrase “love the sinner, hate the sin” does not appear in the Old or New Testaments, it follows logically from the Bible and it forms an essential part of evangelical Christian ethics. Since “all have sinned and fall short of the glory of God” (Romans 3:23), God sent His Son, Jesus Christ, to redeem humanity. All Christians are redeemed sinners. While Jesus asks His disciples to preach the gospel and “make disciples of all nations” (Matthew 28:18-20), that does not mean Christians are morally superior to non-Christians.

Of course, as Christians make attempts to follow Jesus, with the help of the Holy Spirit, they will improve morally. But that does not give Christians license to look down on non-Christians. We are saved only by the grace of God.

In fact, Jesus commands His disciples to love and to pray for their enemies, whatever their moral state (Matthew 5:43-47). He also commands that we sin no more, and teach others to stop sinning. Christians must love others without condoning their sinful actions.

Therefore, “love the sinner, hate the sin” is a natural application of the gospel in the moral lives of Christians.

Yet the lawsuit takes direct aim at this moral framework, and its argument on this issue is central to the legal claim.

Christian colleges and universities often use the “love the sinner, hate the sin” distinction to explain that they are open to students with LGBT identities even though they ask their students to sign a code of conduct barring homosexual activity (and heterosexual activity outside of marriage).

It is not sinful to experience same-sex attraction or gender dysphoria (the condition of persistently identifying with the gender opposite a person’s biological sex), but acting on those impulses is sinful. To some degree, a condition/conduct distinction is essential to Christian teaching. The difficulty comes when sexual orientation or gender identity become enshrined as protected statuses and essential identity markers, thus blurring the distinction between impulses and conduct.

Christianity teaches that all identities are secondary to a Christian’s identity as a sinner redeemed by Jesus Christ. This world is not our home, and our ultimate hope is in God, not in fulfillment here on earth. That does not mean we are not male or female, American or Peruvian, Coloradan or Virginian, et cetera. It just means that all lesser identities must yield the key identity at the heart of our being and future.

It is not easy to maintain that kind of perspective, and Christians should be humble about our own failures. But it makes sense for Christian institutions to require students and faculty to follow biblical morality, as that is essential for them to achieve their purposes as Christian colleges and universities.

Christians cannot celebrate sin, and it is difficult to celebrate identities based around sinful dispositions without betraying the Bible’s moral demands. Christians should love and respect people who suffer with same-sex attraction and gender dysphoria, but celebrating LGBT identities crosses an important line.

Ultimately, LGBT orthodoxy is at odds with biblical Christianity. There is no escaping it. Christian colleges and universities should have the religious freedom to operate according to their beliefs, and prospective students should make decisions accordingly. If students choose to attend a Christian college with a code of conduct that applies biblical morality, they should not be surprised when the college refuses to kowtow to their sexual identities.