CALGARY: Canadian Police Try To Shut Down Polish Church~Pastor Yells “GET OUT!”

The city’s demographic shift is a microcosm of Canada’s integration of immigrants, and Mr. Nenshi, who fasts during Ramadan and has led Calgary’s gay pride parade, embodies the country’s increasingly diverse population. Still, Mr. Nenshi is the first nonwhite mayor of Calgary and among the few in a nation that is 80 percent white, according to a 2011 government survey.

Then there is Mr. Nenshi’s fixation with purple. The color symbolizes his commitment to inclusive, nonideological government and dominates his professional wardrobe: lavender dress shirts, violet ties, purple shoelaces, loafers the color of grapes. A local rabbi gave him a purple skullcap, shipped from New York, inscribed with his name. In his office hallway, a framed illustration depicts the mayor as a caped superhero in purple spandex. 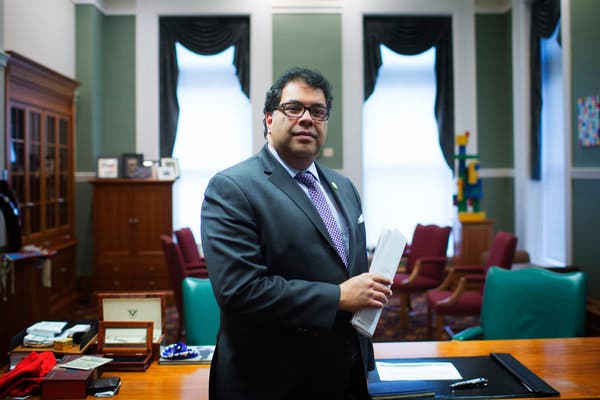 Woe to you politicians! Woe to you officers! Pastor Artur Pawlowski, Calgary 2020