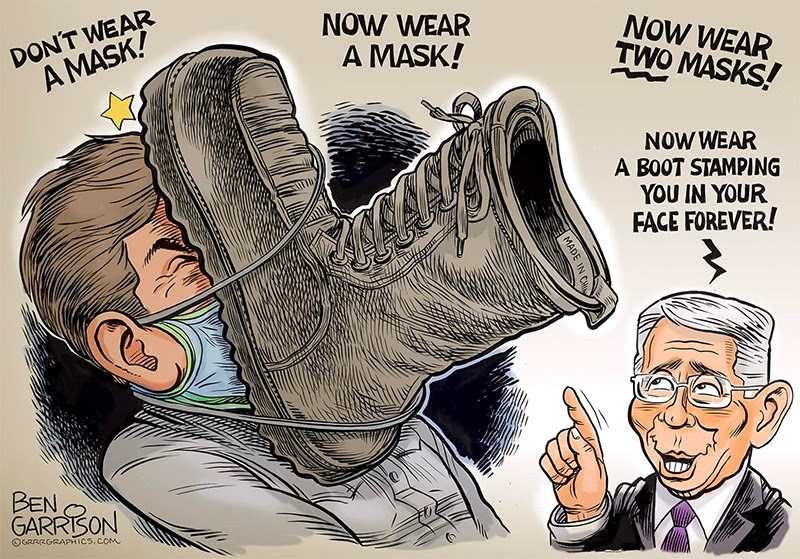 ThePatriotNurse: Nullification-States Will Tell the Feds Off on SECOND AMENDMENT

Posted March 4, 2021: In this informative video, Patriot Nurse discusses the emergent trend of nullification at the state level of various edicts, mandates and laws pronounced by the Feds which violate the rights of the people. How will this play out with the coming anti-freedom laws being voted on in Congress? Federal chaos against the States Rights. Nullification and non-compliance will check Federal power grab.

Rumble — Congressman Jim Jordan is one of many Republican lawmakers pushing against Democrat overreach after passing the H.R.1 election overhaul bill. One America's Stephanie Myers spoke with the Ohio lawmaker for more insight.

The Democrat-controlled U.S. House of Representatives on Wednesday passed the controversial H.R. 1, also known as the “For the People Act,” a bill that would force states to eliminate safeguards against electoral fraud with the ostensible aim of promoting democracy, but which critics say would weaken election integrity and result in the federalization of elections.

The legislation passed the House on party lines, 220 to 210. According to a summary of the bill, H.R. 1 “expands voter registration and voting access” by requiring automatic and same-day registration while limiting states’ and localities’ ability to purge voter rolls. It would also mandate nationwide universal mail-in voting, which many on the Right believe enabled voter fraud that contributed to Donald Trump’s election loss, and put an end to voter ID requirements.

The New American has previously reported on the sweeping changes H.R. 1 would affect on U.S. elections.

One of the biggest changes it would make would be to give independent commissions the job of drawing congressional districts, rather than letting state legislatures do it as is currently the case.

This would fly in the face of Article 1, Section 4 of the Constitution, which states clearly that “The Times, Places and Manner of holding Elections for Senators and Representatives, shall be prescribed in each State by the Legislature thereof.”

Moreover, the Democrats’ election bill would provide a 6:1 taxpayer-funded match to federal campaigns for donations up to $200. This means that for a $200 donation, a candidate would get a federal match of $1,200.

In addition, H.R. 1 would mandate that felons have their vote restored the moment they get out of prison, regardless of any probation requirements.

“If this bill passes, it puts in all these terrible provisions,” Hans von Spakovsky, manager of the Heritage Foundation’s Election Law Reform Initiative and a senior legal fellow of the Meese Center for Legal and Judicial Studies, said of the bill during an appearance on Breitbart.

“If you’re a state like Alabama or Texas that has a voter ID law, you might as well forget it, because this federal law would override all state voter ID laws so they’re now unenforceable,” von Spakovsky added.

“The socialists seek to mandate no-fault absentee ballots, which are the tool of choice for vote thieves. They seek to eliminate the photo identification requirement and, by the way, when the federal government does it, that eliminates all state laws to the contrary,” he said. “It, to a very large degree, federalizes and micromanages the election process administered by the states. It implemented, as I mentioned, some of the worst changes in election rules that occurred during the 2020 election.”

On Monday, for example, the Georgia House of Representatives passed a bill that severely limits mail-in voting and prevents election officials from sending unsolicited absentee ballot applications to the public.

In Florida, Republican Governor Ron DeSantis unveiled a legislative proposal featuring many measures similar to the Georgia bill, while going even further. For example, the Florida legislation would make mandatory real-time reporting of voter turnout data at the precinct level and establish that political parties and candidates must be able to observe the signature-matching process.

Joe Biden will certainly sign H.R. 1 into law, but it remains to be seen whether the bill can first clear the Senate, with its one vote (thanks to Kamala Harris occupying the vice presidency) Democrat majority.

Democrats are unlikely to win over enough Republican votes to get the 60 they need to overcome a filibuster, a reality that will likely lead to an additional fight within the chamber to do away with the filibuster altogether, a move for which they have been angling for weeks now.

If H.R. 1 is ultimately passed, it will fall upon the states to exercise their nullification power. Otherwise, the transformative election program would deal the Republic a blow from which it may be unable to recover.

6. Requires Registration of All ‘Individuals,’ Not ‘Citizens’

Joe Biden, the “unity president,” referred to the decision by Texas and Mississippi governors to lift mandates on wearing a mask in public as “Neanderthal thinking.”

“I think it’s a big mistake. Look, I hope everybody realizes by now that masks make a big difference. We are on the cusp of being able to fundamentally change the nature of this disease because the way in which we are able to get vaccines,” Biden told reporters.

“The last thing we need is the Neanderthal thinking that, in the meantime, everything is fine, take off our mask, forget it,” he added.

Well, of course, Texas Governor Greg Abbott and Mississippi Governor Tate Reeves never said to take your mask off and forget it. They didn’t even suggest it or hint at it, and it’s extremely doubtful they even thought it.

What both governors did was lift the mandate that forces people to wear a mask. They are giving their citizens the option — the “freedom” if you prefer — to wear a mask to protect themselves. Biden and the Democrats might see that as revolutionary but this is how normal Americans think and act.

Biden said that the U.S. risks thousands of more deaths to Covid-19 if Americans drop basic guidelines to stop the spread, including masks and social distancing.

But Gov. Reeves was offended by Biden’s description that Mississippians need “handlers.”

President Biden said allowing Mississippians to decide how to protect themselves is “neanderthal thinking.”

Mississippians don’t need handlers. As numbers drop, they can assess their choices and listen to experts. I guess I just think we should trust Americans, not insult them.

Reeves said he lifted the restrictions in response to a drop in COVID-19 cases and deaths. Mississippi has been under a variety of COVID-19 restrictions since the first case was reported in the state a year ago. Masks are still required where social distancing isn’t possible at K-12 schools in Mississippi. Restrictions are also in place for indoor arenas.

Big businesses in Mississippi and Texas announced that masks will still be required. Target, Kroger, CVS, Walgreens, Best Buy, JCPenney and Toyota are among the companies that will mandate masks for customers and employees.

How dare these governors give their citizens the freedom to choose? Outrageous!

Some people are choosing to require masks, others are not. Begging your pardon, Mr. President, but isn’t that pretty much what America is based on?

Certainly, the wisdom of lifting the mask mandate can be questioned. But does the president of the United States have to treat governors of two sovereign states like stupid schoolboys?

Abbott had a few choice words for Biden.

Abbott told CNBC’s “Squawk Box” that the comment was “not the type of word that a president should be using” and blamed the spread of the coronavirus on immigrants crossing the southern border. The Republican governor said the Biden administration has “refused to test” them for the virus.

“The Biden administration has been releasing immigrants in South Texas that have been exposing Texans to Covid. Some of those people have been put on buses, taking that Covid to other states in the United States,” Abbott told CNBC. “That is Neanderthal-type approach to dealing with the Covid situation.”

According to The Border Report, “dozens” of asylum seekers bussed to Brownsville, TX and released have tested positive for the coronavirus.

In the Gulf Coast city of Brownsville, 108 migrants released during the past month have shown to be carrying the coronavirus, U.S. Rep. Henry Cuellar, D-Texas, said Wednesday. And he says that is putting the South Texas border community, as well as the volunteers who help them, and the border agents, at risk.

“They tested some of the people who got put at the bus station in Brownsville and according to the rapid tests, about 108 tested positive. So basically that creates a situation that they are letting people who are positive (for coronavirus) get on buses and with the permission of Homeland Security they can go anywhere in the United States,” Cuellar said during an online news conference.

Why isn’t Biden “following the science” and getting those asylum seekers tested? Sometimes the magic works. Sometimes it doesn’t.